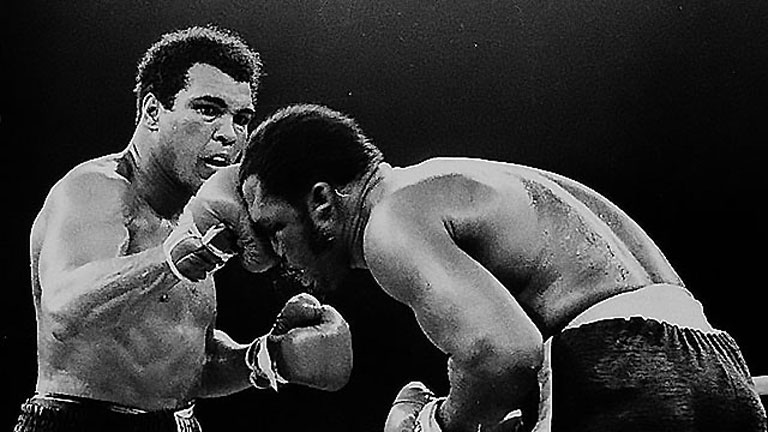 INSPIRED by the previous article regarding the upcoming rematch between Andre Ward and Sergey Kovalev, I found myself thinking, “What are my favorite rematches of all time?” I have tried to narrow it down to my top five.

Here are the top five rematches that lived up to the hype and excitement of the first contest:

5) Sugar Ray Leonard vs Tommy Hearns: although eight years after their first legendary tussle the two kings came together once again for a fiercely fought contest which ended in a draw despite Hearns scoring two knockdowns.

Sugar Ray Leonard, left, lands a blow to the head of Thomas Hearns in the 10th round of the their boxing fight in Las Vegas, Nv., Monday night, June 13, 1989. The fight was ruled a decision by officials and Leonard retained his WBC super middleweight title with a controversial draw against Hearns. (AP Photo/Eric Risberg)

4) Arturo Gatti vs Micky Ward 2: the first fight was the stuff of legends! The second … another war! Gatti would take a unanimous decision and set up the rubber match.

3) Israel Vazquez vs Rafael Marquez 2: the first was a hellacious firefight which ended when Vazquez couldn’t continue through a badly damaged nose. The second fight was fight of the year 2007, both fighters traded heavy punches and knockdowns before Vazquez halted his foe in the sixth round setting up a fantastic rubber match.

2) Evander Holyfield vs Riddick Bowe 2: the first fight is part of fistic folklore for the bombs these two detonated on each other! The rematch was a much more tactical affair. While although it was still a great fight it is synonymous with two words – ”Fan Man.” Holyfield would win the rematch setting up a great rubber match in which the two warriors laid it all on the line.

1) Muhammad Ali vs Joe Frazier 3: although this is technically a rubber match, this is one of the greatest contests seen in a boxing ring. Having boxed a previous two bouts they knew everything about each other’s style, coupled with the fact there was genuine needle and contempt. This formula provided for a titanic struggle which Muhammad Ali prevailed to once again prove he’s The Greatest!

These are my personal choices, what do you think? What would be your top five?

Aarron Morgan is a professional boxer, in action this Saturday against Joe Pigford on the big show at the Copper Box