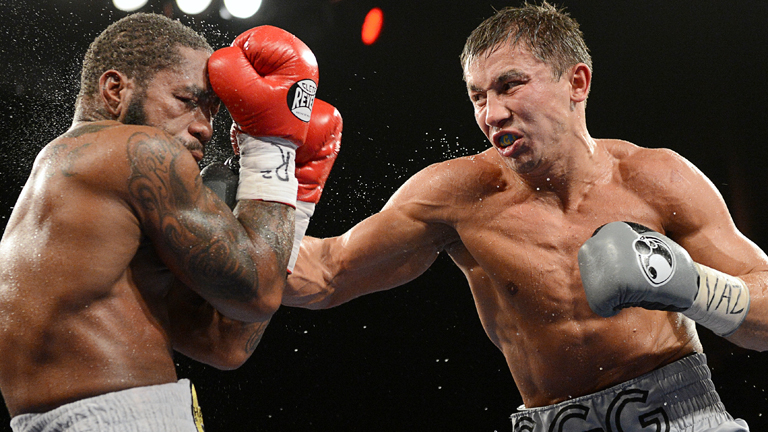 We look at the 10 most exciting fighters in the world

The former WBC super-featherweight champion lost his title last year in one of the best fights of 2015 when Francisco Vargas emphatically came from behind to stop him. The 32-year-old Japanese livewire has also warred with the likes of Takashi Uchiyama and Sergio Thompson, swapping knockdowns as if they were trading cards.

Though the opponents featured in his comeback have been dire, Haye all but guarantees a knockout – one way or the other – whenever he fights. Down several times during his career, the Londoner can be hurt but more notable is the dynamite he carries in either hand. One of the most explosive punchers in the heavyweight division, Haye blends speed and power to create fireworks in the ring.

‘The Siberian Rocky’ went from Manny Pacquiao sparring partner to world super-lightweight champion with limited technical ability but a truckload of heart. Impossible to put away, Provodnikov will come at you all night and has been involved in some spectacular fights. His 2013 clash with Timothy Bradley was special.

He may divide opinion, but Khan ensures excitement every time he fights. Too brave for his own good and with a leaky defence, Khan is happy to engage with any opponent – be it Marcos Maidana or Canelo Alvarez. His suspect chin sometimes leaves him wanting but Khan, using blistering speed, loves to be on the front foot and setting a rapid pace.

Past his best? Undoubtedly. Still exciting? For sure. He may not have produced a stoppage since 2009, but Pacquiao’s unique style makes him a joy to watch. Darting in and out of range on his tree-trunk legs, Pacquiao’s hand speed is on another level and can produce knockdowns out of nothing. Couple that with his proclivity for trading and you’ve got a captivating fighter.

The flame-haired Mexican’s boxing ability is vastly underrated, perhaps because of his numerous highlight-reel knockouts and imposing physical presence. Thick-set and strong, he likes to walk opponents down and obliterate them with counters. His finishes of James Kirkland and Amir Khan are both chilling and enveloping.

The Mexican’s last two outings have been absolute barnburners – a draw with Orlando Salido which came after his huge win over Miura. The 2008 Olympian represents his country with pride, but doesn’t like to make things easy. He now has a reputation for being a must-see fighter  and could be lined up for a rematch with Miura in 2017.

Not only is he the best fighter in the world, Roman Gonzalez is wildly exciting – the whole package. Terrific clashes with Juan Francisco Estrada and Carlos Cuadras live long in the memory but even when Gonzalez outclasses his opponents, he makes it absorbing. An incredible offensive fighter, he swarms opponents with eye-watering accuracy and carries a venomous dig. Not only that, but he doesn’t shy away from a challenge.

Many were hoping Kovalev would defeat Andre Ward to usher in the reign of a destructive pound-for-pound king after the Floyd Mayweather era. Though he lost a close fight, the Russian wrecking ball is still regarded as one of the best around. He genuinely wants to do damage to opponents and his incredible power means, more often than not, he is able to.

Unable to lure the other leading middleweights into the ring, ‘GGG’ has to settle for annihilating any opposition brave enough to face him. A master boxer who had an accomplished amateur career, Golovkin is best known for being a destroyer of men. The smiling assassin is a monstrous puncher who turns front-foot warfare into an artform. Not afraid to take a shot to land one of his own, you’d struggle to find someone who gets bored watching Golovkin go to work.