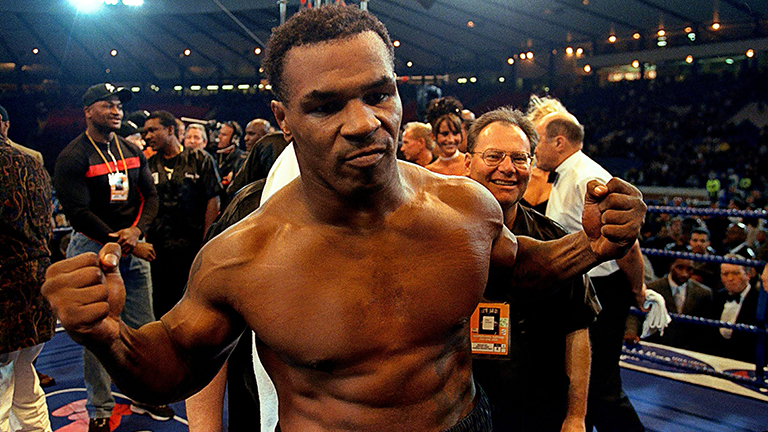 There is a long tradition of heavyweight football stadium fights

HEAVYWEIGHT football stadium fights require heavyweight venues. Part of the excitement of a big fight is the arena itself… and, in Britain and Europe especially, the biggest arenas are the football stadia.

Wladimir Klitschko is no stranger to the big occasion as he prepares to face Britain’s Anthony Joshua at Wembley Stadium tonight in front of an estimated 90,000 crowd. He beat another Briton in David Haye at Hamburg’s Imtech Arena back in 2011.

The Twentieth of May Stadium, Kinshasa, Zaire

The night Ali stunned the world to regain the world championship at the age of 32, knocking out the unbeaten Foreman in the eighth round. The Twentieth of May Stadium was mostly used for soccer matches and was later renamed Stade Papa Raphael.

White City Stadium regularly attracted huge crowds of 70,000 and more to heavyweight fights in the 1930s, but the biggest official attendance was for this British title fight in the summer of 1934, when 90,000 paid to see Petersen stop Harvey in round 12.

A crowd of 41,000 filed into the home of Arsenal Football Club to see if Henry Cooper could pull off an upset against Ali…three years after his famous left hook had dropped Ali, then Cassius Clay, across north London at Wembley Stadium, at the end of the fourth round. Clay had got up and won in the fifth on cuts. This rematch saw less drama, but another cut-eye stoppage frustrated Cooper and British fans in round six.

On a rainy, chilly autumn night Lewis eventually warmed up to stop Bruno in the seventh. It was Bruno’s third unsuccessful attempt to win the world title, and the first ever all-British world heavyweight title fight.

The night the world belonged to Frank Bruno… his fourth world title challenge brought triumph, with red, white and blue confetti cascading down on the ring after the points verdict that gave him the WBC title. It made up for Bruno’s previous appearance at the home of English football – nine years earlier Tim Witherspoon had stopped him in 11 rounds.

The power of the Klitschko brothers to draw huge crowds was amply demonstrated here when Wladimir pulled in 61,000 paying fans to see him dismantle the Russian southpaw Chagaev in nine one-sided rounds.

The summer rain lashed down, the crowds stayed at home and those who did brave the elements spent most of the night sheltering in the stands… Sky’s ringside team broadcast the undercard from beneath a large tarpaulin sheet! Tyson needed only 38 seconds to take out Lou Savarese… and put referee John Coyle over in the process. Afterwards he said he’d eat Lennox Lewis’ children.

This promotion saw the arrival of Barry Hearn on to the British scene… and the return of ‘Aussie’ Joe Bugner. Well past his prime, Bugner still hung around until the eighth against Bruno, but Frank was too young, too keen, too determined.

In a stadium built for the 1958 World Cup, former heavyweight champion Johansson drew 50,000 fans for his European title fight against the fiery Welshman Richardson. Johansson won in eight rounds and retired the following year.

Coventry-based Irishman McAlinden exploded on to the British heavyweight scene by destroying Bodell in two rounds, knocking him down several times at the home of Aston Villa FC. It was Bodell’s last fight.