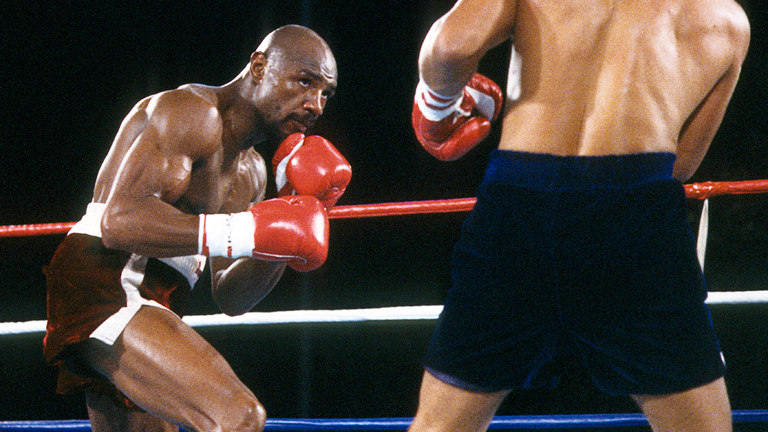 The top 10 greatest middleweights of all time

The greatest fighter to have ever lived, Robinson was a phenomenal middleweight. At 160lbs he beat the likes of Rocky Graziano, Gene Fullmer and Jake LaMotta.

The ‘Pittsburgh Windmill’ was a sight to behold in his prime, a potent blend of speed, skill and relentless momentum.

Early career losses failed to prevent this gifted Argentinian from leaving his mark on the 160lb division forever with wins over Nino Benveuti, Rodrigo Valdez and Jose Napoles.

It took Hagler seven years to get to world title level, but once he did he proved himself a force to be reckoned with. He retired in 1987 after a contentious upset loss to Sugar Ray Leonard.

He challenged Jack Johnson for the heavyweight crown in 1909, but it was at middleweight where Ketchel stamped his greatness.

Another who jumped between different weights, this centurion lost to Greb but beat Tiger Flowers to lift the world middleweight title.

He snapped Robinson’s unbeaten record in 1943 and they shared the ring six times in total. LaMotta also proved his class with wins over Marcel Cerdan and Laurent Dauthuille.

The sculpted Nigerian twice became world middleweight champion with wins over Gene Fullmer and Joey Giardello and even conquered the light-heavyweight division.

The last man to have unified all four world titles, Hopkins also holds the record for the most middleweight title defences – 20.

Flowers made history in 1926 when he defeated Harry Greb to become the first African-American to win the world middleweight title.