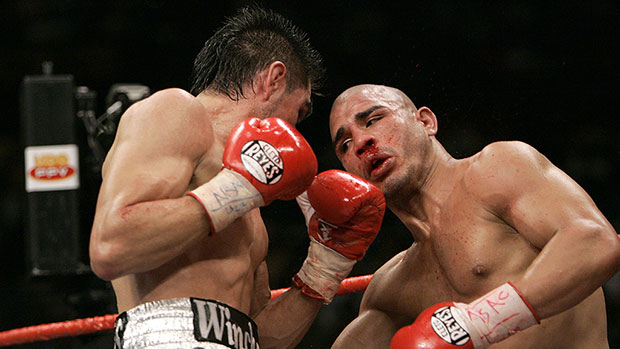 1. Salvador Sanchez RSF 8 Wilfredo Gomez (1981)
As two of the world’s best at the time, the fight between these two at Ceasers Palace in Las Vegas was a true superfight.

Despite being considered the bigger puncher of the two, Gomez was dropped by a meaty left hook in the opening round and never fully recovered. Never one to go down without a fight, the Puerto Rican forced Sanchez to fight at a relentless pace and some of the action was breathtaking.

Sanchez however was able to land a barrage of right hands in the eight, dropping Gomez. He slowly found his feet inside the count but referee Carlos Padilla waved the fight over and thus an historic rivalry was born.