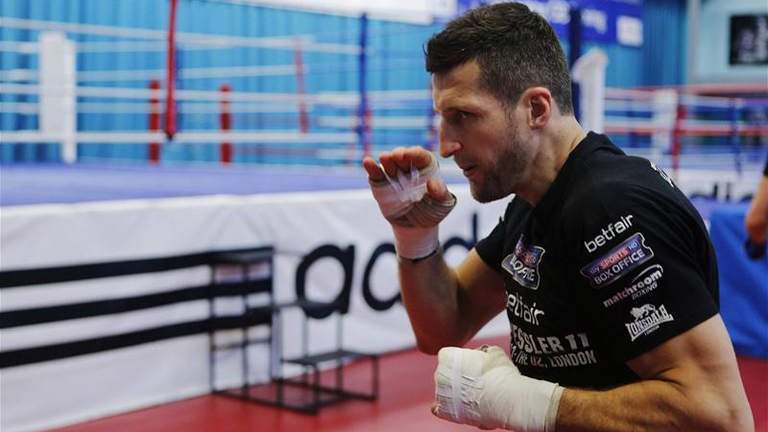 Carl Froch and George Groves began their rivalry on this day in 2013. George Gigney lists the most bitter grudge matches in British boxing

The benchmark when it comes to domestic rivalries. The genuine disdain mixed with an electric first meeting made their rematch a colossal event.

Like Eubank and Benn before them, these two warred in a bitter first meeting before settling their feud in an historic stadium event.

Tensions rose before their 1985 meeting, with Christie accusing Kaylor of racism, prompting a couple of pre-fight brawls.

The bad blood between these two still exists today with their rivalry standing at 1-1 after a terrific first fight followed by a dire rematch.

This London pair had history and it boiled over into a heated build-up followed by a very close affair. A rematch is still clamoured for.

A press conference fight turned this rivalry into national news and the pair inevitably clashed in the ring – though the British Boxing Board of Control refused to sanction it.

Bruno said Lewis – who had won Olympic gold for Canada – was ‘not British’ while Lewis mocked Frank’s appearances in pantos before they met in 1993.

This mismatch generated an enormous amount of attention, mainly thanks to the staged public disputes the pair were involved in beforehand.

This rivalry began at the end of their fight when Bugner was handed a controversial decision. Cooper retired and refused to speak to Joe for years.

Joshua’s profile went through the roof after reigniting his venomous dispute with amateur rival Whyte.