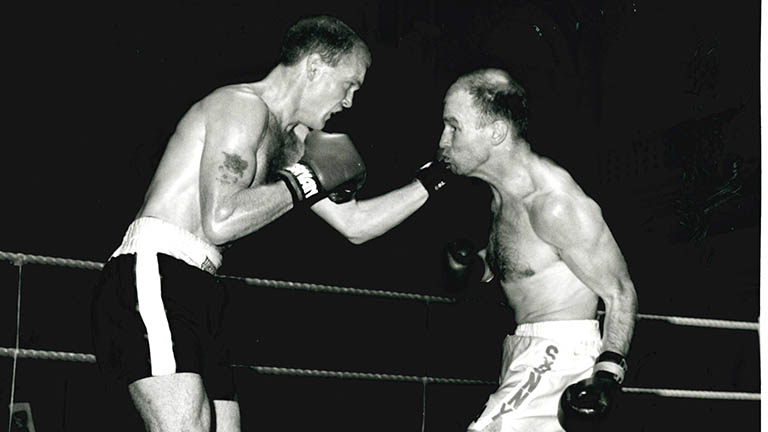 Foster fought 61 times as a professional, winning 20 (seven inside the distance) and drawing four. His near-decade-long career ran from 1987 to 1996 and included bouts all across Europe.

After earning a pair of victories over fellow Hull man Steve Pollard in the late ‘80s, Foster would soon go on to team up with his former opponent, whom he appointed as his manager. The late Pollard’s son, former pro Sonny Pollard, spoke to Boxing News following Foster’s passing.

As an aspiring professional in the mid-‘90s, Sonny shared countless sessions in the gym with Foster and other notable local boxers. He has fond memories of these times.

“We trained above a famous old pub in Hull – Rayners on Hessle Road,” Sonny recalled. “I was a young boxer coming through. My dad was obviously there, and there was also Paul Ingle, Terry Morrill, Stuart Fleet and Tony. We were always sparring and training together.

“When I turned pro [in 1998], Tony had retired by then. But up until that point we’d sparred together on a regular basis. It was a close group. We all had a laugh and we all had a good relationship.”

As a fledgling professional, Sonny was able to benefit from Foster’s wealth of knowledge on the ins and outs of the sport. “The experience that Tony had made him a great person to learn from,” Sonny stated. “He’d take fights at short notice, as money was important to support his family. As the away fighter, he knew that he had little or no chance of winning these fights against reputable kids. You’ll see that on his record – names like Billy Schwer, Andy Holligan and Shea Neary, to name just a few. But he always gave a good account of himself.

“He’d give me tips on how to handle the pressure when you’re walking out to the ring. And how to deal with certain styles that you might come up against. He gave me a lot of good advice.”