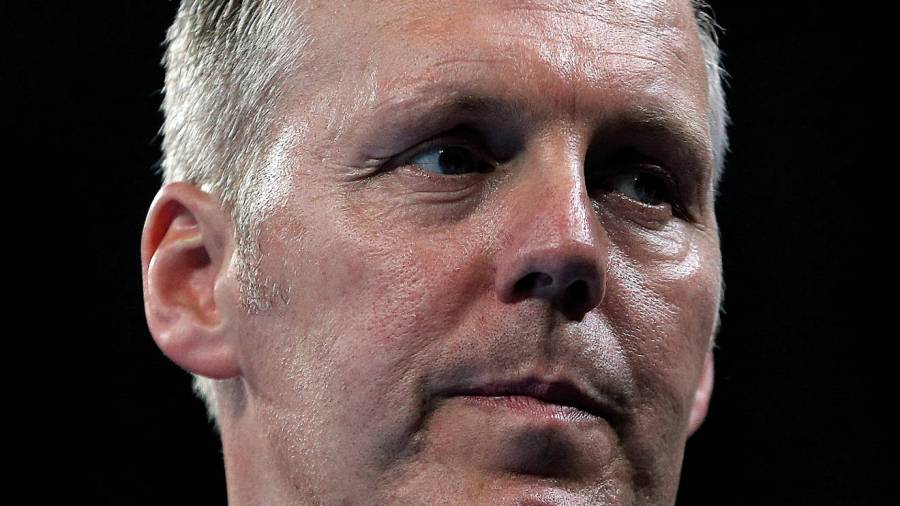 Tony Davis survived a horrendous ordeal with Covid. He spoke to John Dennen about what he went through, what he experienced in the Westminster terror attack and his boxing community

MANY people worried for Tony Davis. The one-time England international, former Army boxing team head trainer and ex GB coach was in Istanbul last year. He was taking the Bahrain boxing team, that he’d set up, to a tournament. But he contracted Covid-19. He was struggling to breathe. He had to go to a local hospital. There it only got worse, worse than anyone looking in from outside Turkey at first realised. “Much worse. Let me tell you, if you get just a sniff of what I went through, then you’d understand it. I wouldn’t wish that on my worst enemy. To be honest, I don’t know how I got through it. I wish I could say it was because I was thinking of my daughters, I was thinking of this, I was thinking of that… There were times when I couldn’t contact anyone, there were times when I’d just roll over, just hope it would all go away. I’ve never experienced anything like that. I’m just glad to be here and feeling a little bit like normal,” Davis told Boxing News.

Davis was only 47 years old. He leads a healthy lifestyle. But rapidly he declined into a terrible condition. His oxygen levels were perilously low. Fluid was filling his lungs and he was in real pain. The first hospital he wound up in was grim. The treatment there just wasn’t good enough. He only continued to get worse. He said, “I started seeing people left and right disappearing. They weren’t going home like…”

“My lungs were full of fluid it was just crazy,” he added. “It felt like sometimes you were okay and then it would just find another way to do you.”

He was receiving well wishes from all over the boxing world, particularly from a Whatsapp group made up of fellow ex-GB boxers. People like Darren Barker, Tony Bellew, Matthew Marsh, Neil Perkins, Paul Smith, David Price, Sam Webb, Steve Birch, Steve Burke, Stephen Smith, Tony Jeffries, Tom Stalker, Frankie Gavin, Kevin Mitchell, Martin Power and many more. They kept in touch with him and his family. That meant a lot to Davis, even at his worst. “It does give you a lift,” Tony said. “It feels good you know… It’s just overwhelming.

“Boxing is just one big family.”

That community meant a great deal to him. But in truth he was fading fast. Later an X-ray would show the extent of the scarring on his lungs, a mark of the damage the virus had been doing to him.

It was Bahrain that arranged and paid for him to be moved to another hospital, where he could be rushed into an intensive care unit. That saved his life. “When they put me in the ICU that was just horrendous but it was obviously what got me through it all,” Davis said. “It was the Bahrainis that made it happen in conjunction with my wife.

“They said we have to move him otherwise he won’t make it… I know if I didn’t have them in my corner I wouldn’t be sat here now, I’d just be a statistic.”

He came very close to never going home. But he survived and is now with his family. He is recovering, though that is a slow process. He was still growing short of breath just walking up stairs and for the time being couldn’t take his boxers on the pads. “It just felt a huge relief actually leaving Istanbul,” Davis said. “Getting on that flight was just a huge relief.

“Coming back to Newcastle, it was like a different type of air. It was like a gift… There were a few tears when I come and seen my girls.”

It was striking that while in such dire circumstances overseas Tony Davis received practically no support, not even translation services in the hospital, from the British government. Davis is a former soldier who was, though he never uses the word, a hero in the Westminster terror attack four years ago. Davis was first person to attend to Keith Palmer, the police officer killed outside the Houses of Parliament in 2017. It was just a coincidence that Tony had been there. At the time he was one of the GB coaches with the British Lionhearts World Series of Boxing team. The squad was at a charity function in parliament the day before a match. On their way out, Tony stopped by a tray of cakes. There he heard a commotion on Westminster bridge. He only discovered later that this was the terrorist driving a car into a pedestrians on the bridge, causing the deaths of four people. “I could see people running,” he recalled. “Obviously now I know people were running for their lives because he [the attacker] got out with two knives. He comes through the gates with two knives and I’ll never forget this, even though it was drizzling that day, a bit of sun trying to break through, I just caught the shine off the blades. And I’ll never forget that. I just seen him start attacking the policeman.”

His instinct was to run towards the chaos. “I just want a gap so I could jump the fence,” Davis said. “When I landed on my feet I thought s**t I’ve made the wrong decision… There’s pandemonium everywhere.

“Behind me there was a bodyguard sat there, he’s seen it happening… He ran up past me, within inches, and he put three rounds into him [the attacker]. A double tap and a single tap. So straight away I knew he was out of the equation.”

Davis ran over to the fallen police officer. He knelt by him to try to assess his condition. Keith Palmer had wounds on his head, his arm and a terrible cut in his side above his stab vest. “I’m trying to reassure him, check his airway, his circulation… His eyes are starting to go so I thinking he’s going into shock. So I go, ‘Come on mate, stay with us.’ I didn’t know his name at this point. Then I start looking at his other wounds,” Tony said. “I can see blood just seeping into the cobbles. Army training kicked in in a way… I know he’s starting to go. He’s in severe shock, his pulse is getting even weaker… I try and stem the blood with the GB jacket, to try and close his wound.

“It was just horrendous… It seemed like a lifetime.”

Paramedics eventually arrived and despite their heroic efforts, Keith Palmer did not survive. “I never realised what a knife can do to the human body,” Tony said. “It was horrendous really.

“I was proud of what I did in a way, but the outcome just wasn’t what I wanted.”

“If I didn’t have them cakes we might have been out,” he added.

It was in Davis’ character to help. He hopes he can do that as a boxing coach. That’s why he took the job to build, from scratch, a boxing programme in Bahrain. Remarkably he got one of their boxers, super-heavyweight Danys Latypov, qualified for the Olympic Games. “He’s got one opportunity of a life time to try and change his life, not only for him but for his family. That’s what it’s all about,” Tony said. “This is a mammoth task [to develop the Bahrain programme], not just because of what you’ve got to do but it’s the mindset, the lifestyle and everything like that.

“It’s took a lot of structure and direction but when I look at that now I think it has been some journey and one I can be proud of in a way.”

“The way I look at it, it’s about changing people’s lives,” he continued. “Now we’re planning on trying to be successful.“

As a boxer it had always been Davis’ dream to go to an Olympics. He had boxed before his time as a solider. He’d been on tours in Northern Ireland, Bosnia and Germany. After being asked to train his regimental team, he rediscovered his passion for the sport. “I went to the Army individual championships, I boxed three guys there and ended up stopping them all. They asked me to come back to the team,” he explained. “I ended up, probably not my wisest move, I ended up boxing in the Ulster championships for Monkstown. I did take a bit of a chance because where the championships were was called the Dockers club in Belfast and it’s an out of bounds area and if anyone had found out I was a soldier I could have been, you know, [but] when it comes to sport over there, they don’t allow politics to get involved as much.”

It was actually a spar with David Haye back home in the north east that inspired him to enter and win the ABAs in 2002, and eventually join the international squad. Davis had been asked to come into an England training session as a sparring partner. “I’m just watching David Haye in the ring with a local guy called Carl Dukes, and David Haye is punching the hell out of him and I’m thinking bloody hell. I’m starting to get the nerves because I’m in next. So I went in there and because I thought I’ve got decent feet and this that and the other, I did alright, I did well against him,” Tony remembered. “He did let me know he was still there… He just whipped a body shot in and it folded me in half nearly.

“I was just doing more technical work with David Haye [the next day] and he says to us you should go in the ABAs. You’d win them. It filled me with a bit of confidence and that.”

The last Englishman to beat Irish Olympic medallist Ken Egan, Davis missed out on Olympic qualification as a boxer, “the ultimate dream”. He always hoped to go instead as a coach. “I thought I’d given up the dream permanently when I left GB,” he said. But instead now went with Bahrain. “It’s Guiness Book of Records stuff. That’s how I feel. Never in my wildest dreams did I think I’d achieve this. Now I’ve got to try and push on make him successful and change his life,” Tony added.

He’s come so close to death. Today Tony Davis has a lot to look forward to. Home, training his boxers and a new kind of Olympic dream. “I cannot believe how close I was,” he says. “I’m going to get some fresh air and just breathe it in.”