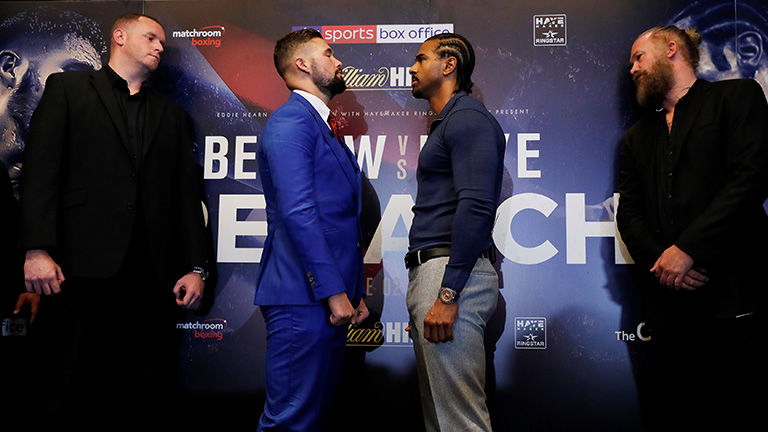 TONY BELLEW will rematch David Haye on May 5 next year. This in itself was rescheduled after Haye tore his left biceps while training for the original December 17 date for the rematch. Haye snapped his Achilles tendon when he lost his first fight with Bellew earlier this year.

Yet the odds suggest Haye will avenge March defeat despite his injuries.

Betway’s Alan Alger said, “Despite his long-standing injury problems, we still have David Haye as favourite to beat Tony Bellew in their rematch which was announced for May 5.

“A fully-fit Hayemaker is one of the most dangerous punchers in the world, and given he’s expected to make a full recovery from bicep surgery, he’ll enter as favourite at 2/5 for the postponed bout.

“However, as proved in the first fight, Bellew shouldn’t be written off. He can still be backed at 15/8 to inflict a second defeat upon Haye, a result which would all but end the former two-weight world champion’s boxing career.”