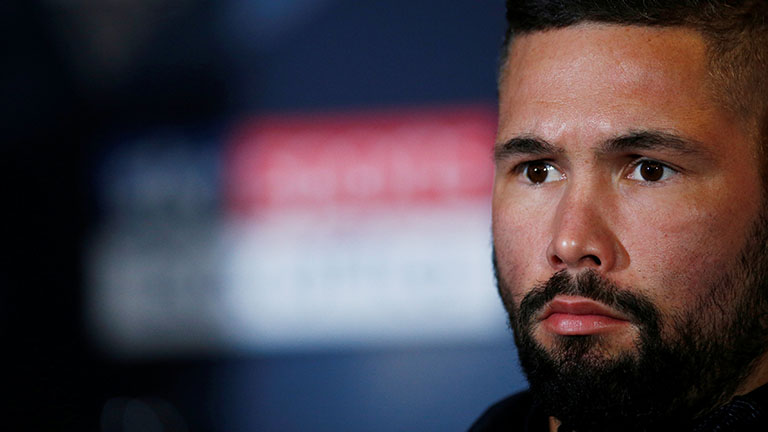 But to do so, to get back in the ring and do what he does best, Bellew needs the right kind of opponent to warrant the risk it entails. Essentially, it needs to be worth it.

For now, when asked if his mind is made up, Bellew answers the way he has answered every day since his May 5 win against David Haye: “No.”

He then elaborates: “I couldn’t give you a definitive answer. Do I want to fight again? One hundred per cent yes. But is the challenge going to be big enough? Is there someone out there who everyone will write me off against? I don’t know.

“There are only three fighters out there who can give me that buzz to make me really want to get back in the gym and push myself again. That’s Tyson Fury, the winner of (Oleksandr) Usyk vs. (Murat) Gassiev, and Andre Ward.”

Each of these three potential fights has its upside. There’s respect to be gained from going back down to cruiserweight – the division in which Bellew won the WBC world title and has never actually lost – and beating the winner of the World Boxing Super Series (WBSS) tournament. And there’s greatness waiting for him if he conquers the brilliant Andre Ward, be it at cruiserweight or heavyweight.

Finally, should Bellew somehow do to Tyson Fury what he did to David Haye, well, the whole thing’s a wrap. His legacy, his status as a heavyweight, his reputation as a giant-killer, his career. They’re all secured with victory over six-foot-nine Fury.

“It has always appealed to me,” he says of a Fury fight. “I just think I can beat him. I can knock him out. It’s not just a stylistic thing. I think I can hurt him and beat him.

“He’s never faced anyone like me. I’m quicker than him, I’m smarter than him, and I punch much harder than him. The only attribute he has over me is size. And if he can’t hit me, he’s screwed.

“My skills take away his size. I can make him miss and make him pay and take away his size advantage. Deontay Wilder (the WBC heavyweight champion) is not as big as Tyson Fury but he has huge power and great speed. He also has the size, and the reach advantage he has over me is huge.”

Of all the fights mentioned, the Fury one would appear the easiest to make – if not now (Fury still has to return to the ring), in the future. Ward, after all, is still currently retired, though Bellew is quick to reveal he has shown interest in a fight (and even urges him to “come to the table with something”), while the WBSS cruiserweight final has yet to be given a date or location.

“The tournament format has come back to bite them on the arse with the delays, just as it did many years ago with the super-middleweight Super Six,” Bellew says.

“The end of the tournament is never easy. It happens in boxing. That’s the risk you take. That was the other reason I didn’t want to go in. That and the money. What those guys have earned in three fights in that tournament I’ve earned in one night. I can’t get away from that. I’ve been champion of the world and held the greatest belt in boxing and I’ve now achieved my financial goals as well.

“However, those guys are in this tournament to prove they are the best in the world. That’s all that matters to them at this stage. I’m sure it will come down to money for them at some point, and they’ll want to be well-paid, but for now they’re working on establishing their names. Not many people know who they are.

“It’s very, very hard to get recognition as a cruiserweight, but that line-up they had at the start of the tournament was fantastic. It was far better than the super-middleweight line-up.

“They didn’t get the credit they deserved simply because a lot of people couldn’t pronounce their names. But just because they weren’t household names didn’t mean the fights would be poor. Far from it. They’ve produced all the best fights of the tournament.”

Bellew adds: “I’d love to fight the winner and have all the belts on the line at once. But it would have to make financial sense.”

Making financial sense of a sport that scrambles senses is perhaps the shrewdest move of all. And Tony Bellew, a man winding down an 11-year professional career, in search of the perfect ending, is only too aware of this.