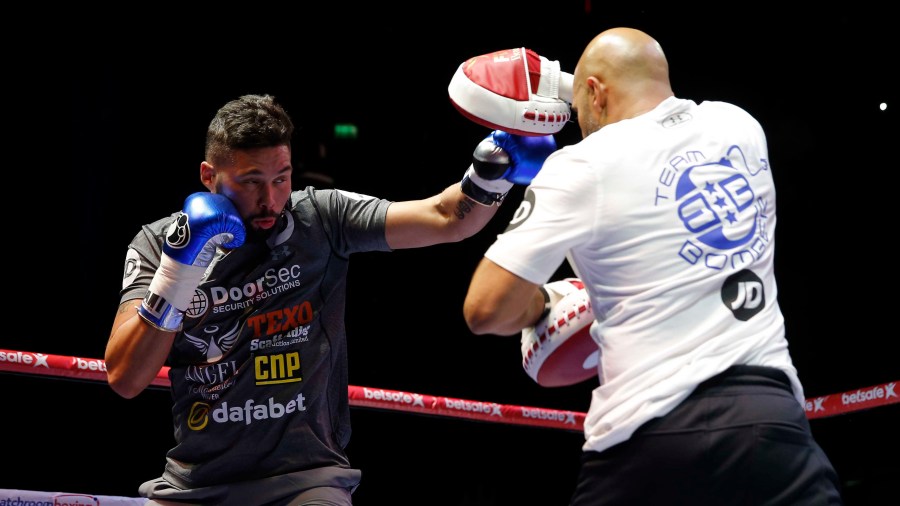 Tony Bellew is ready to drag Haye into deep waters

TONY BELLEW plans to give David Haye the shock of his life when they collide at the O2 Arena in London this weekend.

The WBC cruiserweight champion has moved to heavyweight in order to face bitter rival Haye and will enter the ring a heavy underdog.

However he also has a clear idea of how he thinks the fight will unfold, and remains convinced that Haye has not prepared himself accordingly.

“Once he sees that I can keep coming and he’s landed something decent, that’s when he’ll panic,” the Liverpudlian said.

“I know he has [underestimated me]. There’s no way Shane McGuigan [Haye’s trainer] or him would take a fight with just four weeks of training with each other if it was anyone else in the world. He just thinks I’m a cruiserweight.”

The fraught build-up has been littered with harsh comments and intense posturing and earlier this week Haye exploded during a press conference in Liverpool, which was open to the public, calling the audience “f***ing retards”.

Bellew, who has also criticised Haye’s lavish lifestyle, still admires the Londoner’s achievements in boxing but “detests” him as a person.

“He’s insulted where I’m from and that’s a step too far. I’ve always respected him as a fighter, he’s a one-trick pony but it’s a hell of a trick, he just wipes people out in one go,” he said.

“From a personal perspective I think he’s an absolute gobshite. He’s not a nice fella. He’s completely detached himself and forgotten where he’s from. He’s delusional, he’s in his own little world. He lives in cloud cuckoo land.