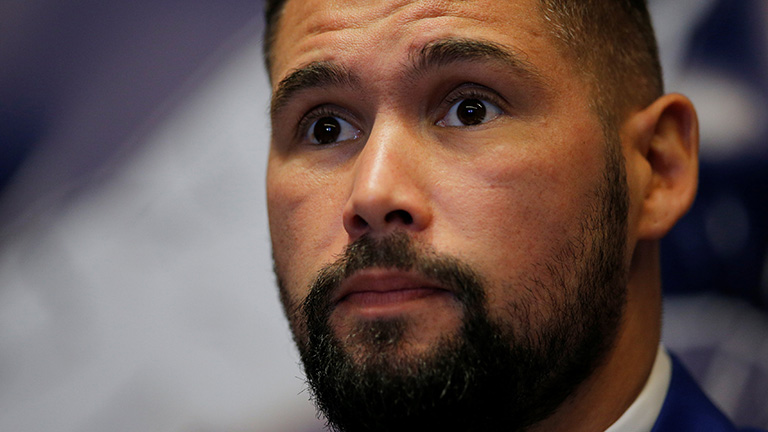 THE build-up to the first fight between Tony Bellew and David Haye often plumbed the depths of bad taste. But as they met on Wednesday, for the first press conference ahead of their December 17 rematch, both men were more measured. Last time around when they fought in March there was an air of mania, stirred up in part by the insults flying between the two but stemming mainly from the unlikely nature of their match-up. Bellew was taking a big leap up in weight and, it was presumed, in class when he stepped up from cruiser to challenge former world heavyweight champion Haye. That Tony turned him over and actually won changes everything. This is now a serious fight and Bellew intends to prove the first result was no fluke.

The Liverpudlian remains aware that he’s not a natural heavyweight. The millions of pounds on offer in, for instance, an Anthony Joshua fight don’t tempt him. “I ain’t going anywhere near Joshua. And if I opened my mouth and spoke enough s**** I could get the fight made,” he said.

He knows that, even though he has coped with Haye before, the Londoner remains a very dangerous foe for him. “This could be my last fight. He’s capable of hurting me,” Bellew said frankly. “For the next 12 weeks I’m going to be scared. Every night I’m going to think I’ve got to make it home.

“He’s not a nice person but he is a brilliant fighter.”

“People like me end up dead because I can’t give in,” Bellew added. “A referee needs to save someone like me.”

He is running a risk in this fight and he considered not chancing it again, when he came away from the last fight with a broken hand and a headache that lasted for days. Retirement was an option. “I was very close to considering it,” Bellew said. “I don’t know how much my body can do.”

“The finish,” he knows, “isn’t far away.” But for the time being, he said grimly, “I enjoy fighting.

Watch the press conference below: