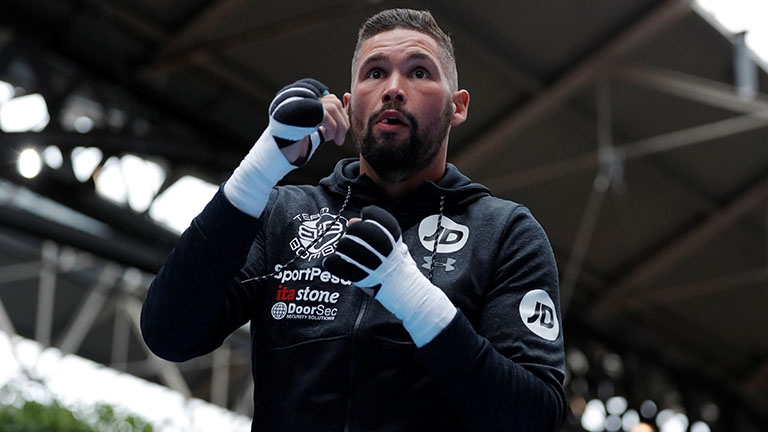 In an exclusive interview with John Dennen, trainer Dave Coldwell explains why Tony Bellew can do a superior job to Murat Gassiev, but reveals his one fear when it comes to Usyk fight

TONY BELLEW is indeed serious about fighting Oleksandr Usyk, the now unified cruiserweight champion. But his trainer Dave Coldwell notes, “It has to happen this year. Tony’s not going to fight again after this year. 2018 is his final year. So if the fight can be made, it has to be right financially for Tony. It’s the hardest fight out there, it’s the toughest fight out there. It’s tougher than Tyson Fury, it’s tougher than Andre Ward, it’s the toughest fight out there for him, so it wants to reflect that in finances. If they can work something out, if Eddie [Hearn] can work his magic, then that fight will happen.”

Coldwell however did reveal to Boxing News a significant issue with the Usyk fight. “Tony wants it for all the belts,” the trainer said. “My slight concern has always been with Tony I’ve not liked the idea of him going back to cruiserweight. For the simple reason he’s been walking around at this weight for a couple of years now. Your body gets older. When you stay a certain weight for nine, 10 months that becomes your weight. He’s been walking around at this weight for two years. He’s not made 14st 4lbs for a long time. I know he’s not the most ripped fighter but that’s not what it’s about.

“But we’ve spoken about it and he fancies it for all the belts. Fighting for all the belts, the opportunity of becoming the first British fighter to collect them all, have every single belt out there, it’ll be fantastic.”

He is adamant that Bellew can perform better against Usyk than Murat Gassiev did in Moscow. “Nothing surprised me to be honest because I’ve been watching Usyk for years and I remember Tony telling me about Usyk before he turned professional. I watched his amateur fights,” Coldwell said.

“So when the Gassiev fight was made I kind of thought that’s how it’s going to go because Gassiev’s feet are very slow, he’s looking for big bombs, he’s made for Usyk to look great against. He did. He looked fantastic. He was phenomenal in that fight. It was good because that broke him out of just the hardcore boxing fans knowing him… That’s what that fight has done for him.”

“Bellew’s very, very underrated and he always will be. He’s a fighter that’ll never get the credit, maybe in a few years after he’s gone,” Coldwell continued. “He can box, he can fight, he can punch. His feet are better than Gassiev’s and he’s got a bigger right than Gassiev. The Gassiev fight is a completely different fight to what the Bellew fight will be. Don’t get me wrong, it’s the toughest fight out there and I understand that everyone thinks Bellew will get smashed and goes into the fight as an underdog. Fine. We’re happy with that. We went into the [David] Haye fights as underdog. He went into every major fight as an underdog so it’s nothing new.”