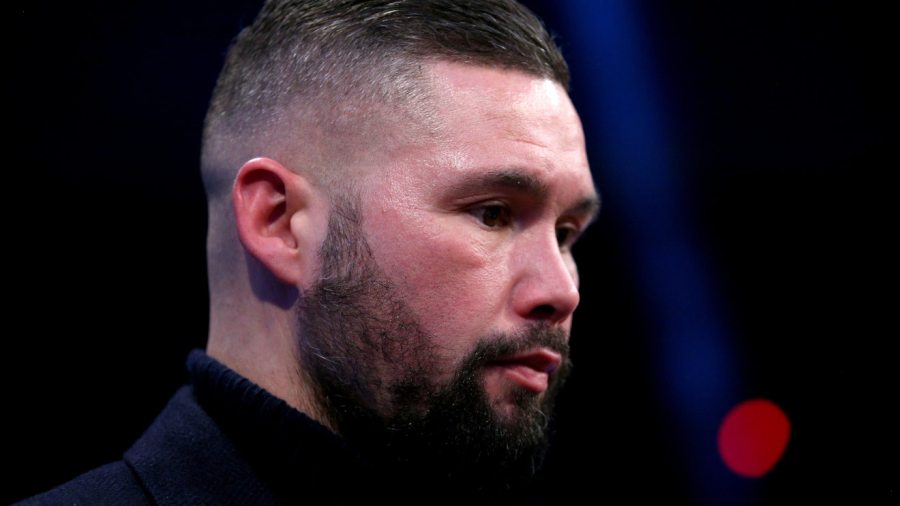 But Tony Bellew has committed to the sport in a new way. He tells Chris Walker how he went from retired fighter to one of the sport's most passionate managers

TONY BELLEW had firmly slammed the door shut on boxing, or so he thought. His unsuccessful attempt at overthrowing Oleksandr Uysk’s cruiserweight presidency in November 2018 ensured that a professional career that began tucked away on an Amir Khan undercard, 11 years before, was over. With financial security and his fighting legacy secured, Bellew was set for the next chapter of his life, away the sport that had provided him with both happiness and heartbreak for the previous two decades. However, as many before him realised, walking through the exit door wasn’t as easy as he imagined.

On December 2 last year, in front of just a few dozen official spectators inside a cold Yorkshire television studio, James Dickens was crowned MTK Global’s Golden Contract winner at featherweight. Amid the wild celebrations that ensued following Dickens’ points victory over Ryan Walsh was a gleaming Bellew in his role as “Jazza’s” manager. Two years on from his supposed farewell to boxing, the former world champion is still very much involved.

“I swear down, it was never my intention to be a manager,” reveals Bellew to Boxing News. “During my career I’d get asked questions about going into training or managing and it just didn’t interest me. I was a fighter who gave everything in training and in the ring, and I would’ve been the same as a trainer. It’s hard to find fighters who are willing to sacrifice everything and that part of it was what put me off. I couldn’t work with someone who I knew didn’t want it as bad as me. That’s why I thought my time in boxing would be done once my own career was over.”

Despite those reservations, Bellew’s stance softened when he reflected on his own early days in the sport. Back then, Bellew was grateful for the team he had backing him whenever he was faced with the adversity outside the ring.

After a long and successful career at British and European level, Bellew won the WBC cruiserweight title with an unforgettable victory over Ilunga Makubu at his beloved Goodison Park before ending the career of David Haye at heavyweight. In doing so, he achieved the profile he’d craved since taking two buses to amateur gyms on Merseyside as a teenager but, along the way, “Bomber” also encountered plenty of nastiness behind the scenes.

“This is a hard, hard business and there’s so many easier ways to make a living,” says Bellew. “I’ve been in a position where I’ve had people in the sport try to take opportunities away from me and that’s not a nice position to be in. I’ve had my career in the hands of solicitors trying to stop me earn for myself and my family and it’s a side of boxing that people don’t see.

“Fighters come to me now and they tell me what they’re going through and I can relate to them immediately. I was so fortunate to have great people watching my back and looking out for me and that’s a big reason why I’m looking after fighters now. Boxing can be a s**ty sport for a lot of fighters so it means a lot to me to be able to help them.”

The first fighter to be the recipient of Bellew’s experience was his former sparring partner, Craig Glover. He soon became a regular fixture on Bellew’s shows.

“I couldn’t not help Craig,” explains Bellew. “He’s an absolute diamond and one of the nicest kids I’ve ever had the pleasure of being around. He always had ability and whenever we sparred, I could tell that he had something and just needed an opportunity. Once I was in a position where I got a say on my shows, there was no way I was not going to have Craig involved. He’s had his ups and downs as a fighter but being able to get him opportunities means so much to me.”

Bellew’s role with Glover led to a link-up with Craig’s then gym-mate, Dickens. Their partnership is undoubtedly producing rewards for both men. Dickens, thanks to his heroics in the Golden Contract stands on the verge of a world title shot and the man providing valuable counsel could not be prouder.

“When I look at fighters and how bad they want it then it’s hard to find a hungrier fighter than little Jazz. All he wants is a world title and I want to do all I can to deliver that for him. I’ve only been helping fighters for five minutes but already it’s given me some great nights at ringside and two of those have been with Jazz. His fight with Leigh Wood had me all over the place as the pair of them put on a classic, but it was a little more relaxed against Walshy as he boxed brilliantly and got the job done.

“The next step for myself is helping Jazz become world champion because that’s all the kid wants. People get into this sport for many reasons but all Jazz wants is the chance to become a world champion. I think it would hurt him if he finished his career without having the chance to become world champion. For me, I think he’s an absolute credit and he can be proud no matter what, but he wants a world title more than anything and I’ll be doing all I can to help him get a step closer to his dream.”

As well as Glover and Dickens, Bellew is sharing his wisdom to a number of fighters at the beginning of their careers who are aiming to emulate the more senior members of Bellew’s management stable. Thomas Whittaker Hart, Luke Willis, Meshech Speare, and April Hunter are all boxers with grand plans and all have enlisted Bellew to help them secure their dreams.

“I’ll do what I can for them and I’ll always have their best intentions at heart. This isn’t about money for me at all. It’s about helping lads who’ve been in the same position as me at some point and giving them a helping hand in any way I can. It means a lot to have these fighters approach me and put their trust in me so it’s now down to me to give them a platform, help them earn a few quid and also get the opportunity for some exposure and titles. It’s a hard career that is over in the blink of an eye so any help is always appreciated. I learnt that when I was a fighter and now I want to use that to help others.”