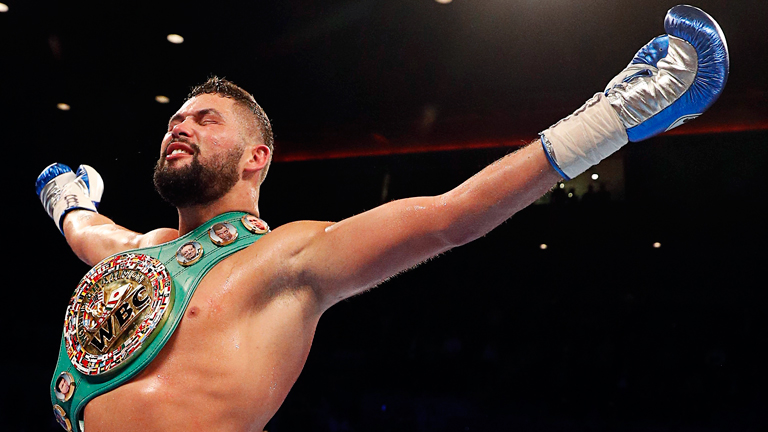 Tony Bellew's trainer discusses his next options with John Dennen

TONY BELLEW has not decided what his next move will be. He was a huge underdog when he stepped up to heavyweight and beat David Haye last month but he could well linger in the heavyweight division for one last fight.

Similarly, even though Tyson Fury has been out of action and out of shape, Coldwell would not be willing for Bellew to take him on. “Way too big, not just too big but too big and too tricky. He knows his way around a boxing ring and he knows how to use his size,” Dave said. “It’s not about the body, it’s what you can do with that body and Fury, he knows how to get the best out of his body in a fight in the boxing ring. His sheer size and his long arms and his long legs, no.”

David Haye has to recover from serious tendon damage but a rematch is an option. However Joseph Parker, the WBO champion, Deontay Wilder, the WBC champion, or Hughie Fury are more realistic options. “If Joseph Parker beats Hughie Fury, which is by no means a given, but if Parker were to beat Fury then Parker’s six foot four, he’s about 17st but he’s not the finished article he’s not an absolute killer. He’s a decent fighter that’s coming through, I know he’s got a version of the title but he’s still a fighter that’s a work in progress,” Coldwell said. “Wilder for me technically looks very, very poor at times but he’s just very long, very, very big puncher and that’s the thing. Again he’s a giant.”

“If he was to carry on I genuinely think it would be one last fight and that would be it. It’s selecting that fight carefully,” he continued. “The fights that have been mentioned and the kind of money you’re talking about for those fights dwarves anything he can earn at cruiserweight and if he can have one more fight, it doesn’t make sense to take a fight at cruiserweight against someone else that’s just as tricky, just as hard a fight. All the fights are going to be difficult, when you’re faced with difficult fights, why not take the ones that are going to make you better money.”

But Coldwell added, “I would still like him to retire but I totally understand the money that people are talking about for the fights that are out there for him, it’s just fantastic and if that’s sort of money then I understand if he has one more fight to go out on.”