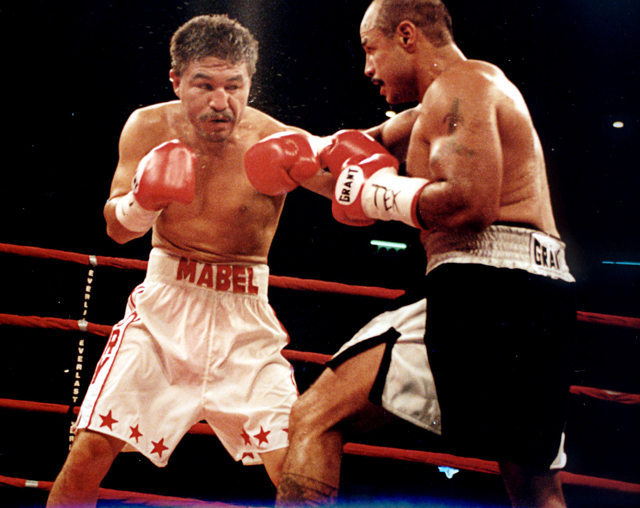 TONY AYALA JNR, once a teenage boxing prodigy, has been found dead in a San Antonio gym at the age of 52 just over a year after his release from prison.

Nicknamed “Baby Bull” due to his ferocious fighting style, Ayala blazed to prominence as a middleweight contender seemingly destined for the top. In 1981, both Bob Arum and Angelo Dundee predicted greatness for the teenager but his spite could not be contained by a boxing ring. Scheduled to fight Davey Moore, and with one eye on a showdown with Marvin Hagler, he burgled the home of his next door neighbour. A young school teacher caught him in the act. Ayala raped her at knife point. He was sentenced to 35 years in prison.

Released in 1999 he embarked on a moderately successful comeback (pictured above right losing to Yory Boy Campas) while claiming drug addiction was behind his criminal past. But in 2004 he returned to prison again when he broke a 10-year probation – earned for breaking into a woman’s house – by being caught driving without a licence, and in possession of drug paraphernalia and pornography.

Ayala was released from prison a second time in April 2014 and considered a comeback before deciding on a future in drug counseling.

At the time of writing, the cause of his death was unknown.