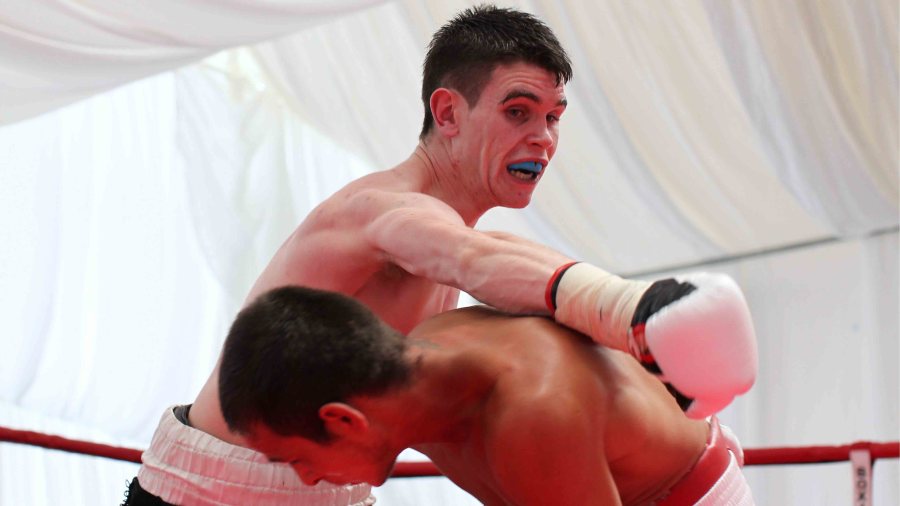 Tommy, 22, made his debut nearly five years ago and, having recently signed for Frank Warren, has been pushed onto the next level and, with twenty wins and two stoppages to his name, he’s ready for the big time.

That debut, the first for four appearances in five years on promoter Phil Jeffries’ Summer Rumble at the Stadium of Light, Sunderland, gave supporters a glimpse of what was to come. A few months later he stopped local rival David Lake at the O2 Academy on Steve Wraith’s maiden outing – Ward was only 18.

“I’m really glad that I’ve signed with someone like Frank Warren and it can only mean big things for me and my career,” began Tommy. “I’m looking forward to seeing what the future holds and I’m in there to do a job; I keep doing that and Frank will no doubt put the big names in front of me and bring big shows back to the region.”

The past twenty-four months alone has seen challenges from fighters such as Isaac Owusu, Everth Briceno, Robbie Turley and Norbert Kalucza, dismissed in style.

“Every opponent I’ve had has been different and they all lead to the big ones, like this against Jazza,” he continued.

“The same with the other, local lads, on the undercard; I’m sure that Josh [Leather] will win his title fight, and you’ve also got his brother Kalam, and Joe [Maphosa] fighting – that’s fantastic for the region.”

Dickens is a tough opponent for Ward but the skills have been honed rather well and he is as talented, and in-the-ring, silky smooth as they come. With two losses in twenty-four, one of the losses coming against Guillermo Rigondeuax, Dickens, the current British champion, will bring his A-Game.

Against Rigondeaux, Dickens found himself retiring after just three minutes of the second round due to a broken jaw following sustained pressure from the world champion – both fighters will be looking to use this fight to catapult themselves into the global mix.

“His [Dickens’] fight with Marty was a cracking fight so I know what he’s like and what he can bring.

“It’s just another fight that I have to win and I’ll go out there to beat him and take his ranking. My brother, Kid Galahad and Rigondeaux are the only big names he’s faced, the rest are about the same I’ve faced so, on Saturday, it’s just me, him, and the referee in the ring.”

Dickens claimed the title in Martin Ward’s back yard following a barnstormer of a contest in November 2015, Tommy will look for a little payback come Saturday night in Leeds.

“Yes, I suppose there’s a bit of revenge attached to it but I won’t think about that, I’ve got a job to do myself and that is winning the British title.”