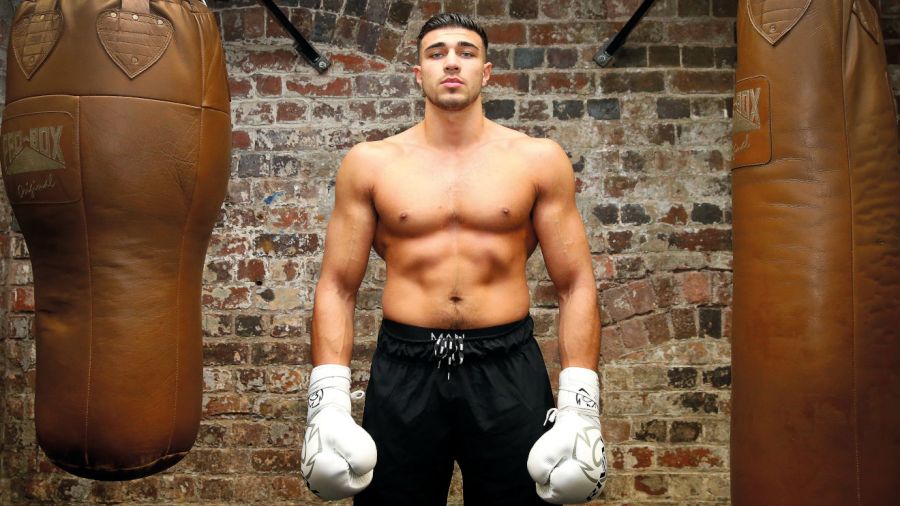 Some will belittle Tommy Fury’s ambitions in boxing. But by choosing the sport over an easier and more lucrative living speaks of his dedication to the hardest game, writes John Evans

SOME get it over and done with before breakfast, others wait until last thing at night. Whatever their routine, every boxer must eventually face the sport’s most necessary evil. Roadwork.

These days fighters tend to pop in their earphones, slip on their trainers and pull up their hood and let their music carry them around routes that become horribly familiar. The thud of foot on concrete provides the soundtrack to Tommy Fury’s life. Having nothing to listen to except his quickening breath and nothing to think about except the next yard, the heaviness of his legs and an upcoming fight gives the 21-year-old a comforting feeling that he is doing things properly.

“It’s down to those fine little details. When you get up early and there’s nobody there and it’s freezing cold you might want some music to take your mind off things or chill you out but it isn’t there. All you can hear is the splashing of the cars going past and the birds. Only being able to hear yourself when you’re at the start of camp and coming to the end of a hard five or six mile run is all good for the mind,” Fury told Boxing News.

“Boxing is a mental game. I’m at the stage where if my alarm goes off in a morning and I get up even one minute late, I know inside that I haven’t done things properly. A boxer needs to be the most dedicated man there is. I just feel that the way I go about things and the fact that I want it so bad proves that I’m willing to put absolutely everything into this.”

From here on in Fury, 3-0 (2) wants be recognised as a true prospect in Britain’s thriving light-heavyweight division rather than ‘Tyson’s brother’ or ‘Love Island contestant’. With fights harder to come by than ever and purses for those lucky enough to get a slot on a televised show shrinking there are concerns that the coronavirus restrictions could end up driving a whole generation of young fighters away from the sport. Nobody could have blamed Fury had he decided to use the break in hostilities to capitalise on the fame the reality show provided him with and quietly slip into a life of photoshoots and ITV2 shows. A life where he would be climbing into bed at 4 or 5am after another glitzy late night celebrity appearance rather than climbing out of it to push himself around the dark, damp streets.

“No. That was never a thought that entered my head,” said Fury, who seems to relish talking about boxing and justifying his dedication to the sport instead of giving fluff piece interviews to gossip magazines. “Without boxing there really isn’t anything else exciting going on in my life. All the other stuff I do isn’t really stuff I find interesting or – to put it another way – it doesn’t get my gears turning like boxing does. Boxing is what I do and what I’ve always done. It’s in my blood. I can’t walk past a mirror and not shadowbox.

“I want to show everybody that I can box on the back foot and that I can bang. There are a lot of aspects to my game that I’ve been able to spend time working on because I only had 10 amateur fights and I’ve only had three professional ones. I’m looking forward to showing something different in every fight and then, hopefully, we can put it all together into the final package.”

Spending a couple of months lying by the pool being watched by an audience of millions might have given Fury opportunities most young fighters can only dream of but he is a member of the fighting Fury family and he spent many hard lonely moments trying to make something of himself long before the television producers came calling. At the moment, the material rewards on offer for a day’s promotional work will dwarf what he will earn for fights like this Friday’s assignment against unthreatening Lithuanian Genadij Kravevskij but they pale into insignificance compared to the type of personal rewards that boxing offers, at least in the longer term.

“I’ve got a million and one things I could be doing in my life – much easier things, let’s put it that way – and I think I’ve really shown everybody how serious I am about it because I can guarantee that if a lot of other people were in my position they would never look at boxing again.

“I go through that other life and get on with it because it’s a way of earning an extra few quid on the side. That’s it really. With boxing, it tests you as a person. In this other life there are no goals. You turn up, do what you’ve got to do and then go home. I want to achieve things in boxing and I’m determined not to stop until I get there.”