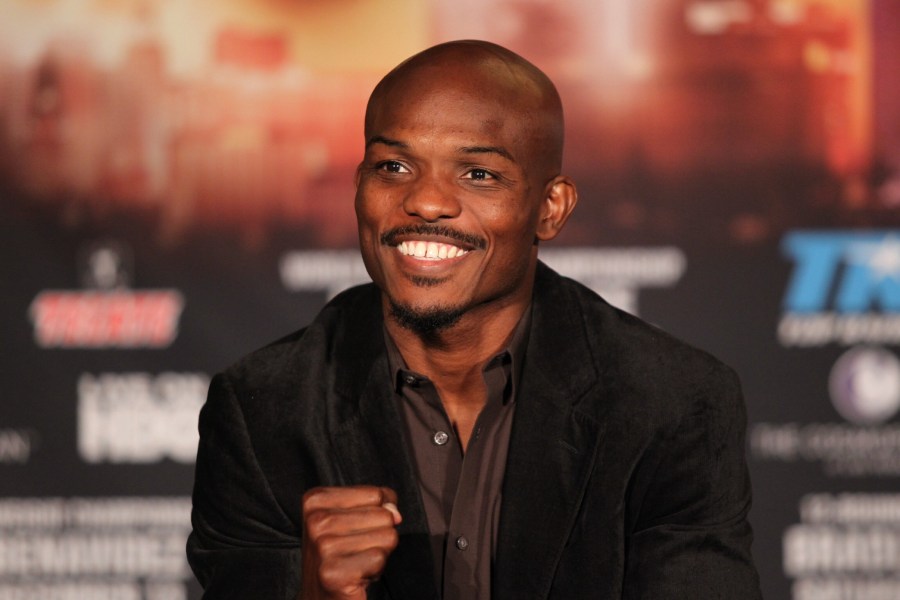 “THERE are going to be fireworks come Saturday night,” promised Timothy Bradley ahead of his fight with Argentine Diego Chaves at The Cosmopolitan in Las Vegas on Saturday.

Chaves has lost to Keith Thurman and Brandon Rios – he was disqualified in the latter – and Bradley says he is prepared for the rough stuff.

“Of course,” he said. “I definitely have to be prepared for that because that’s part of Chaves’ game. Absolutely. We’ve done it all [in sparring]. We’re getting ready for knockdowns, we’re getting ready for if my eye goes [closes] – putting a patch on it – there’s a lot of innovative stuff we do that other fighters don’t.”

He also says he and his team have been working on things Chaves will not have seen.

“I’ve got a lot of new tricks,” he explained.

When asked for his thoughts on the Golden Boy show, on the same night across the street at the MGM Grand and featuring fellow welterweights Amir Khan and old foe Devon Alexander, he said: “I don’t worry about what’s going on over at the MGM. I just worry about my business and my business only. I heard there’s a fight going on but I’m not paying attention to it. Me and Diego Chaves are both the kind of fighters that bring the intensity in the ring and the boxing fans know that they’re going to get a real fight.”

Bradley has had a topsy turvy couple of years. He was badly beaten by Ruslan Provodnikov but somehow survived the assault to take a decision win. When he scored the upset win over Manny Pacquiao he was criticised for winning a decision he did not earn.

He lost a rematch to Pacquiao, and his undefeated record, and he admits he will be pleased to put that rivalry behind him for good.

“When the bell rings [on Saturday], I officially put Pacquiao behind me. I’m clear-headed going into this fight. In the Pacquiao fight I wasn’t really clear-headed at all because I felt like I still had a lot to prove because of the controversy in the first fight. Now that’s over, it’s behind me now and I feel like I can just go out and do what I do.

“I fought as hard as I could [in the rematch]. I could go back and say coulda, woulda, shoulda, I should have boxed more, but I didn’t choose that night to do that for whatever reason but it is what it is and now it’s behind me. I like to live in the present now.”

He admits, though, that the loss got to him.

“It takes a couple of weeks, especially when you’ve been undefeated and then you finally get defeated and five or six days you think ‘Man, I lost.’ It sucks,” he said. “But then if you go back and look at the history of boxing and look at some of the best fighters that ever fought they have losses. Once you see that, you understand ‘Hey, I lost to one of the best in the world, if not the best.’ We have yet to see who truly the best is, until those guys [Mayweather-Pacquiao] fight. But I’m going to continue to fight the best. I don’t have a doubt in my mind that I’m going to win this [Chaves] fight. I’m 100 per cent ready. No doubt in my mind.”

He also said he had not identified potential opponents, but he remains open to offers.

“No names,” he said. “That’s bad for business. I will fight them all.”