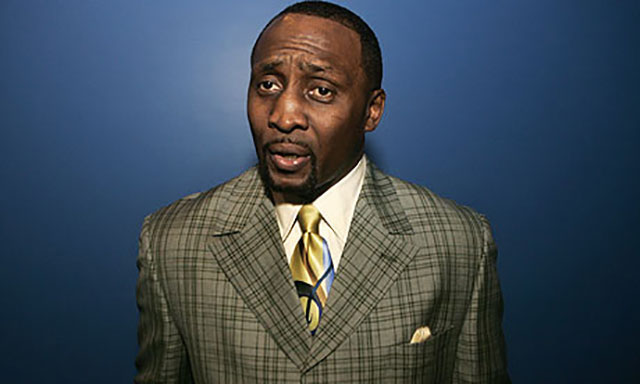 IAIN WILSON and Colin Bellshaw are the new owners of the St Andrews Sporting Club after taking over from Life President Tommy Gilmour MBE earlier in the year (below). After a very successful first show in October, Wilson and Bellshaw host their second night at the Radisson Blu Hotel (November 10) but with the added attraction of boxing great Tommy “Hitman” Hearns as the guest of honour. In this interview Iain and Colin explain to Boxing News the reason they bought the St Andrews Sporting Club, their plans for 2015 and discuss their other boxing promotional outfit Saltire Boxing.

Colin and Iain, you are the proud new owners of the St Andrews Sporting Club. What made you buy this historic boxing institution?

Iain has been a Club member for 12 years and I have been at most shows over the past 10 years in some capacity. To be honest it came up in a conversation I had with Tommy and it went from there. We are ambitious and couldn’t think of a better way to grow the business than having the Club as our home.

Tommy “Hitman” Hearns will be the guest of honour on the November 10. What are your thoughts and memories of Tommy as a fighter?

I remember the fights with the Four Kings. I think that was a golden era in boxing when the best fought the best, more than once on many occasions. His destruction of Roberto Duran, who happens to be one of my idols, was unbelievable.

Are there any other big plans/names lined up for future events at the Sporting Club?

We are in talks with another legend of boxing just now and will announce in due course.

In the future, could the St Andrews shows be televised? Have you looked into a possible TV deal with broadcasters such as BoxNation?

We have held talks with broadcasters already and hope we can secure something sooner rather than later. It’s difficult getting air time but if we continue to put on well-matched fights then I’m sure it will come.

Saltire Boxing is doing great business with over 1000 fans attending each event. What’s planned for 2015?

We plan to have at least four public shows in 2015. We have had great feedback from fans and press so far on our shows and we will continue to give good value 50/50 fights.

Winning two bids for British title eliminators (Cornish and Carslaw) showed Saltire’s intent to back their fighters. What was the feedback from fans on winning the two bids?

Our last show, where we had won the bids for two eliminators, was a great success and the fans came out and backed us by buying tickets. It showed that if the right fights are made then the fans are there.

Paul Graham (Prospect Boxing) and Alex Morrison (Morrison Boxing) are the other major promoters in Scotland. What is your relationship with both?

I trained in Alex Morrison’s old gym in Sydney Street as an amateur and coached Ciaran Duffy who was managed by Alex. I’ve known Paul since his refereeing days and had a few of his fighters have been on our public shows.

If deals can be made with the other promoters mentioned, name the fights that you would like to see happen up here in Scotland in the next year?

From a fan’s point of view I’d love to see Mike Towell-Rhys Pagan in a rematch and the obvious fight is Ricky Burns v Scott Harrison. There’s a lot of talent in Scotland and I’m sure there will be some great domestic battles next year.

Scott Harrison recently signed a deal with Saltire Boxing. How far can Scott go at this late stage of his career?

We are delighted to have signed Scott Harrison. I think he has a lot still to give. He is an exceptional talent both physically and mentally and I am convinced he can still operate at the top level. I know time is against us but if we can build some momentum then I think there’s a few big nights ahead of us.

Finally, who are the St Andrews/Saltire prospects that the hardcore UK boxing fans should look out for in 2015?

We have just signed Grant Quigley who will be an exciting all action pro. I think Mike Towell could reach British title level over the next 12 months and Jamie Wilson could also find himself knocking on the door of eliminators very soon. Not so much a prospect but I think Kris Carslaw is peaking after his win over John Thain and we would welcome a shot at Liam Smith or even a return with Brian Rose.