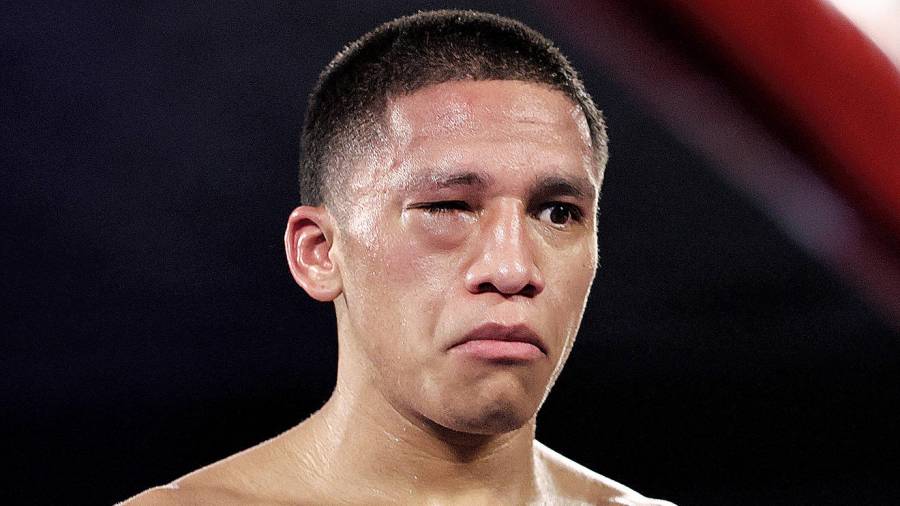 AT Tulsa’s Hard Rock Hotel and Casino this Saturday (August 14), Joshua Franco, 17-1-2 (8), and Andrew Moloney, 21-1 (14), meet for the third time and this time hope to come away with not only a more conclusive result but also the satisfaction of knowing they need not ever meet again. The two super-flyweights have been linked to one another for well over 12 months now and last year fought not once but twice. Their first encounter, back in June 2020, saw Franco drop Maloney in round 11 of a dramatic contest before eventually beating him via a close but unanimous decision (114-113 twice, and 115-112). Their rematch, meanwhile, held in November, ended in the second round when an accidental headbutt to Franco’s eye meant he could not continue and the fight was declared a No Contest. The result left both men feeling despondent and left plenty of unanswered questions, too. Twenty-five-year-old Franco, who calls himself “El Professor”, was on the receiving end of most of the good work produced in the pair’s short-lived second fight. Furthermore, many, including his opponent, believed the damage had been caused by a punch and not a headbutt, as ultimately ruled. Regardless, it is now the job of Moloney, 30, to this time ensure all the officials around the ring are deemed unnecessary. This may prove easier said than done but, make no mistake, Moloney is good enough, and determined enough, to get revenge via decision – leading, perhaps, to a fourth fight.

The sixth-ranked welterweight Vergil Ortiz Jnr, 17-0 (17), continues his eye-catching ascent by taking on Egidijus Kavaliauskas, 22-1-1 (18), this Saturday (August 14) at the Ford Center at The Star in Frisco, Texas. Earlier this year, in March, Ortiz showed the hype around him was very much justified when chopping Maurice Hooker down to size inside seven rounds in Fort Worth, Texas. Now, rather than rest on his laurels or tread water, the 23-year-old looks to climb one additional rung on the welterweight ladder against Lithuania’s Kavaliauskas, a man whose only defeat as a pro came courtesy of Terence Crawford in December 2019.

It’s another step up for Ortiz, no question, and is the sort of fight that will tell us even more about the hard-hitting American’s seemingly limitless potential. Kavaliauskas has, after all, since losing to Crawford, stopped Mikaël Zewski in eight rounds and, at 33, boasts a wealth of experience, both as a professional and as an international amateur. He will provide a great test of Ortiz’s patience, power, and ability to navigate his way through what could be his longest pro outing to date (seven rounds is the furthest Ortiz has travelled up to now). He will also likely come unstuck in the second half of the fight when the younger man’s heavy hands start to wear him down.

On Friday (August 13) in Dubai (Hotel Atlantis), Anthony Sims Jnr, 20-1 (19), boxes for the first time in over 18 months when he meets Hernan David Perez, 8-3 (3), in a 12-rounder at super-middleweight. Sims, known as “The Magician”, was last seen in action back in January 2020, the night he lost a split decision – and his undefeated record – against Roamer Alexis Angulo. He has until now kept a low profile but will look to get going again versus Perez, someone who, while his pro record is patchy, enters the Sims fight off the back of three straight wins. Even so, a stoppage victory should be routine enough for Sims.

Also on the Dubai card is a peculiar 12-round cruiserweight fight between Cuban Mike Perez, 24-3-1 (15), and London-based Nigerian Tony Salam, 14-2 (9). Both men are southpaws, both men have embarked on tough journeys to get to where they are, and both have also been blighted by inactivity. This will be Salam’s first fight since January 2020, and for Perez, the first time he has set foot inside a ring, competitively, since he beat Keith Tapia in October 2018.

American super-welterweight contender Austin Trout, 33-5-1 (18), is another who will see action on the Dubai card when tackling Mexican Alejandro Davila, 22-2-2 (9), over 10 rounds. Trout, from New Mexico, lost a close title fight against Jermell Charlo in June 2018 and is now currently in the process of building towards another, perhaps final, title shot.

Finally, in Hal Luqa, Malta, Lucy Wildheart, 7-1 (3), fights Enerolisa de Leon, 6-4-2 (2), over 10 rounds at featherweight. Wildheart has lost just one of her eight pro bouts so far and after a 2019 defeat against Estelle Yoka Mossely went on to win two in a row. Her fight against the durable de Leon this Friday (August 13) marks the third time Wildheart has been scheduled to box 10 rounds in her career and is one she should win by decision.