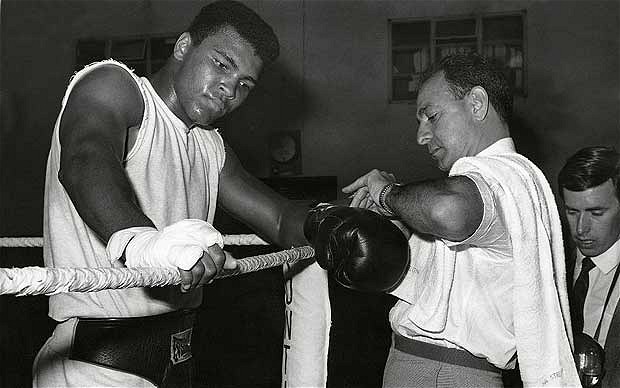 You’ll have heard the importance of preparation a million times, whether it is a school exam, job interview or fight night. You’re probably sick of hearing it. But, there’s a reason you keep hearing it – it is absolutely true. Preparation is paramount for success in any form.

You maybe thinking; “Yeah but, once I was successful although I did no preparation, I just winged it”.

Sure, we all have examples of this. But after countless hours in the gym improving technical skills through sparring and padwork, watching film to work out tactics, in the weight room pushing your body to the limits of strength and endurance, and seemingly endless dieting to make weight, do you really want to rely on ‘winging it’ for success in your next fight?

“The fight is won or lost far away from witnesses – behind the lines, in the gym and out there on the road, long before I dance under those lights”

Prepare To Be A Champion

So how do the best athletes prepare? When I begin working with an athlete, the first task I usually do with them is called ‘control the controllables’, because almost anything we do together from that point on will be based on something from this task.

Controlling the ‘controllables’ enables us to focus on the aspects of Boxing we can improve ourselves, this makes the concept relevant to preparation and optimising performance.

A lot of athletes and coaches in a range of sports sometimes have tendency to focus on the uncontrollables and allow these to impact on performance, and this would be a mistake (the clue is in the title).

Our uncontrollables all have one thing in common – while we cannot control them directly, we can control our response to them.

A good example of this would be when David Haye fought the Russian ‘Giant’ Nikolay Valuev. Valuev stood at a staggering 7″ weighing 320 pounds, 7 inches taller and over 100 pounds heavier than Haye. This was a massive uncontrollable factor for Haye, however with the right training (controllable) and game plan (response to uncontrollable), David beat ‘Goliath’ to become heavyweight champion of the world.

Taking care of our controllables is about preparing to succeed, putting ourselves in the best possible position to get the result we want. The better quantity of controllables and uncontrollables and the ability to handle them is, better preparation and subsequent level of success can be achieved.

There is an excellent video from the Stanford University American football team entitled ‘The Technician’ on the Stanford Athletics youtube channel, a great example on how prepared an athlete can be.

It highlights not only the level of detail that these athletes go into to be the best, but also that this preparation is part of everyday life for them.

Preparation is all about consistency, routines and discipline, and this is summed up in a key phrase from their head coach:

“Master the things which take no talent.”

Rory Mack is a sports psychologist and PHD researcher at Sheffield Hallam University and writes for www.boxingscience.co.uk