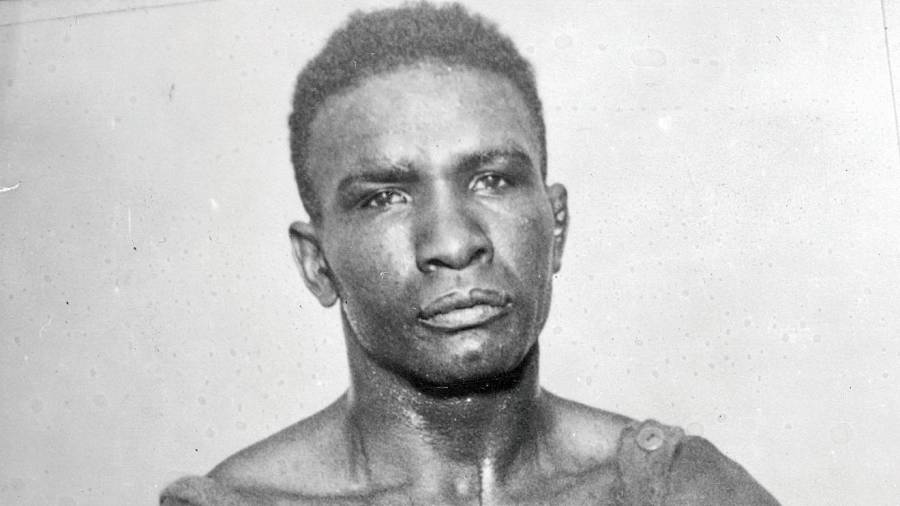 IT was the like good old days with a boxer called Steve Robinson fighting in front of a packed house in Cardiff. Same fans, same beer, same cheer and obviously, it’s a different Steve, but it still made me chuckle.

Actually, there are five Steve Robinsons in the boxing game, some gone, some forgotten and some, like big Steve, trying to get over losing his unbeaten record. This Steve Robinson is known as Ivan Drago, a six-foot-six beast, and the other Steve, the darling of the Welsh fans, was known as the Cinderella Man. Two very different fighting men with the same name.

Boxers with the same name had been on my mind since working with George Groves a couple of weeks ago and realising that there were four other George Groves in the boxing record books. They are all Londoners and as far as George knows, none of them are related.

Don’t worry, there is not a clone society or a cult of George Groves. It’s just a few men from different parts of London sharing the name. The men fought between 1906 and 1930, winning, losing, going under radars and making a few quid in lost venues like Hounslow’s Palais de Danse.

Tiger was a one-man band, an inspiration and a much-mimicked boxer. He had even more tribute acts than heavyweight king, Jack Dempsey. However, Dempsey’s tribute acts did have some fabulous nicknames. There was Baby, Young, Black, California, Indian, Barbados Jack Dempsey and about a dozen other geographical varieties at just about every weight.

There are nearly 60 boxers called Tiger Flowers or Young Tiger Flowers; there are about 10 less for Dempsey and the many outpost versions of his name.

The men boxing as Tiger Flowers came from all over the fighting globe, strapping on his name and losing forever their own identity; they competed during and after his boxing career. They were essentially tribute acts.

Flowers died in 1927 after a routine operation to remove some “gristle that had formed a lump on his forehead above his right eye.” Bob Mee told the story of the life and death of Tiger in his 2013 book, A Tiger Rose out of Georgia.

Flowers was the first black middleweight champion of the world, beating Harry Greb for the title in 1926. He lived in Harlem, he was a Saviour, an idol and a ring genius. At his funeral in Atlanta, 7,000 sat in the hall – both black and white mixed in one congregation of respect. It was the American South and it was 1927; Tiger might have also been a civil rights leader.

He battled against the invisible empire, as the Klan was often known; when Flowers started to fight, the Klan had four million members. His boxing career started in 1918 and ended on the surgeon’s table. He fought a total of 142 times, won 119, lost 15 with 8 draws. He had to fight on black-only shows, sharing the ring with dozens of great and unknown and unrecognised fighters. It was a hard and harsh life, his body picking up injuries and scars; his hidden health in decline a long, long time before his death. It was a death made by the irreversible damage of his life in the ring.

Gene Tunney paid tribute: “Tiger Flowers was a credit to his calling, his race and his country.” The Garden’s MC, Joe Humphreys, added: “He was a credit to any race.” Dozens of boxing’s finest uttered similar words. All tributes to the man.

In February 1926, at Madison Square Garden in New York, Flowers outpointed Greb over 15 rounds to win the middleweight world title and eight months later, he did the same again at the same venue. That’s 30 rounds with Greb, one of boxing’s immortals; Greb died in October of the year after a routine operation to remove some cartilage from the back of his nose.

In December of 1926, in Chicago, Flowers lost his world middleweight title to Mickey Walker. Make no mistake, Flowers walked with giants. When Flowers died, just 11 months later, he was due to fight Walker again.

Tiger was a living legend by then, his act available all over America and the world in tribute form. I’m a fan of the concept.

The idea that a boxer tribute act is coming to your civic centre soon is reassuring; it could also work. What about choreographed great fights? Anybody up for The Rumble in the Jungle on a stage in Solihull? Good lights, sound effects, voiceover. It makes a lot of sense. And then, after the interval, it’s Marvin Hagler against Tommy Hearns. Bish, bosh and boogie.

In the ‘eighties I had a friend called Mohammed Ali, he was from Ghana, he boxed as a pro in London and he never had it easy. Never. It was his real name; he was a cleaner and one of the hardest men I ever met. He was never billed as a tribute act to The Greatest; my Ali was just a scratcher, trying to nick a few quid and losing six of his 12 fights – he was probably meant to lose all 12, to be honest. As I said, he was hard. I can’t even remember a conversation with him about the other Ali.

And, before you look, there are just five boxers with the same spelling as the Greatest.

The loss in Cardiff was the first in Steve Robinson’s short and entertaining career. He really does move and fight and look like Drago. He lost to Tipton’s Shane Gill and there is only one Shane Gill. By the way, in the world of Tribute Boxing, Big Shane would play a mean Chuck Wepner. I’m just saying.