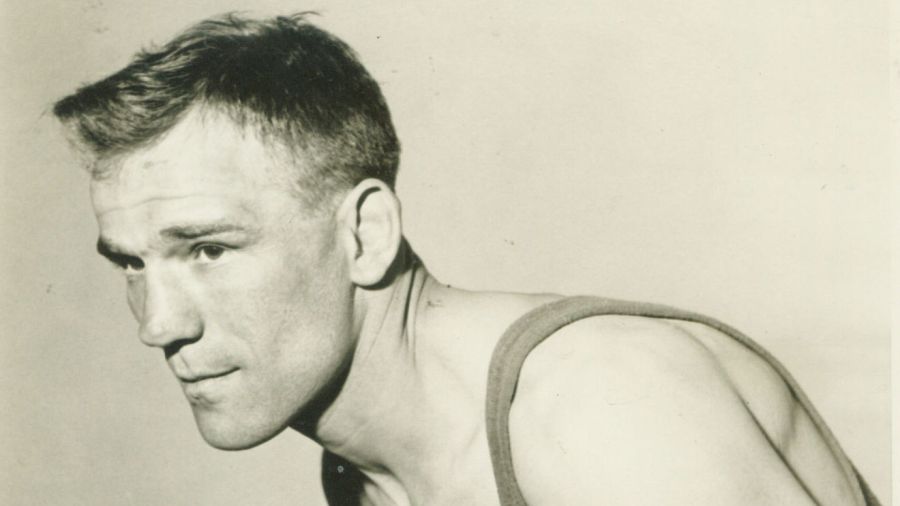 Patrick Connor tells the story of Seaman Tommy Watson, an English fighter forced to earn his shot at Kid Chocolate by engaging in a series of hastily arranged gym fights in New York

FIGHTING men between 126 and 135 pounds could only think of Kid Chocolate in 1933. Nearly everyone wanted a piece. But only one man, Seaman Tommy Watson, was willing to audition for the part in a most extraordinary way.

Watson, already a professional for seven years when he ran this strange gauntlet, lost the entire 1926 calendar year to service in the Royal Navy. And unfortunately for the seaman, boxing couldn’t have gotten much more relevant than it was in 1926.

That’s how it felt to Americans, at least, and it’s easy to see why: “Tex” Rickard’s construction of Madison Square Garden the previous year greatly aided in transforming New York City into boxing’s official nerve centre, and The Garden troweled in enormous stacks of cash, tightening boxing’s hold on an eager public.

In their scramble to celebrate boxing’s success, local writers and pundits were quick to point out that England, on the other hand, was surely doomed.

“Ever since [Benny] Leonard trimmed [Freddie] Welsh for the lightweight crown, the boxing public in England has worried about the future,” cartoonist Grant Powers insisted in the New York Daily News. “And when the great Jimmy Wilde took it on the chin from Pancho Villa and lost his flyweight bonnet, England tossed in the towel when it came to trying to win back its place in the pugilistic world.”

Never mind that neither Welsh nor Wilde were even English, or that one of England’s greats, Jack “Kid” Berg, the “Whitechapel Whirlwind,” was only a few short years from capturing the light-welterweight title; Americans were in the midst of feeling their fighting oats and eager to belabour the point.

Ironically it was this signature puffery, the hubris of American superiority, that provided Seaman Watson his opportunity to become Newcastle-upon-Tyne’s latest hero.

As 1933 approached, most Americans had been knocked down a peg by the reality of the Depression, even if economic recovery appeared on the horizon. Nevertheless the roar from the 1920s had turned whisper. But traditions die hard, and harder still in boxing.

Another diminutive battler, Fidel LaBarba, ended the hopes (and ultimately the career) of Scotsman Elky Clark in 1927, unknowingly affecting Gotham’s fight landscape in the process. Clark was the flyweight champion of all Europe, yet he managed to prove only his gameness through 12 rounds of eating LaBarba’s left hand. The fight ended with the American confirming his claim to the flyweight throne and Clark never fought again.

Whether he desired the distinction or not, Clark was the fighting ambassador of British flyweight boxing, thus the wide defeat carried with it an exaggerated feeling of embarrassment. Worsening matters, however, was the fact that President of the National Sporting Club of London, Peg Bettinson, went out of his way to vouch for Clark’s legitimacy and bypass the concerns of a skeptical New York State Athletic Commision.

Featherweight and super-featherweight champion Kid Chocolate was in full stride in December of 1932, defeating LaBarba in a rubbermatch before shipping back home to Cuba for the holidays.

Public fascination with the Cuban cut through financial hardships, and in 1932 “The Keed,” as they called him, helped sell more than 75,000 tickets east of the Mississippi. And he never scaled more than 133 pounds doing it.

The Kid already made the journey from the U.S. to Cuba some two-dozen times without issue. This time he planned to return and face Watson, England’s featherweight king, in late January.

Harvey, now Watson’s U.S. manager, planned a trip west for his charge shortly after the seaman dethroned Nel Tarleton in November. Harvey knew Stateside options on both coasts were better than any in the U.K. and acted accordingly.

Despite his familiarity with New York boxing, he didn’t anticipate the roadblock in the path ahead.

In early December the NYSAC dismissed the idea of a Chocolate vs. Watson bout just as quickly as it could be pondered by New York newspapers. The reason it gave was the seaman hadn’t yet demonstrated his quality at smaller New York clubs or against lesser opponents.

Harvey and promoter James Jonston quickly protested the commission’s ruling in person days later and all parties reached a unique compromise: Watson would undergo a gym trial at the St. Nicholas Gym. Three fighters would have a go at the British champion for two rounds apiece, and a jury of deputies chosen by the commission would decide if a fight with Chocolate was viable based on his performance.

Watson arrived in New York during the first week of 1933, his trial booked for Sunday, January 15. For unknown reasons the date was pushed back one day.

Around 200 spectators arrived at the St. Nick gym on Monday the 16th and paid a quarter to steal a first gaze at England’s featherweight champion and several New York newspapers sicced their hounds on the scene. When the seaman arrived he was visibly nervous, and for good reason, as all would find out.

Two of the three fighters he was to face that day – Jerry Mazza and Joe Comforti – were experienced New York Golden Gloves winners. The other was an awkward, skilled fighter on the verge of contendership named Charley Badami.

These weren’t random gym slackers; they were experienced fighters hardened by the most competitive boxing sphere in the U.S., and Watson wasn’t quite ready for it.

Mazza “easily outboxed the anxious Englishman, outpunching him in close, stabbing him easily with lefts,” the New York Times said. Next up was Comforti, who had his way with Watson until catching a right hand that split both of his lips just before their final round ended. Badami, already short, got even lower, punishing Watson about the ribs for two rounds.

“Why do I have to be blamed for what some other fighter did before me?” an out-of-breath Watson asked afterward between near-sobs.

In fairness, Watson had been in the country for just over one week before getting pelted with three fighters he didn’t know and couldn’t have been prepared to fight.

The commission deputies fled the scene without rendering their decision and Watson’s British manager John Mortimer spared nobody present in the ensuing tirade. He called the ordeal an injustice and referenced the, in his estimation, countless British fighters who had been treated unfairly by these arrogant Yanks.

New York writers were left to scribble their respective takes, which ranged from outright dismissal in the New York Daily News, to the Times Union’s polite concern for Watson’s health should he face Chocolate. Between them sat the Times, who offered straight reporting on Watson’s poor showing, but noted the odds stacked against him.

Much to the surprise, and in some cases chagrin of New York press, the NYSAC gave Watson their blessing to bypass the smaller boxing clubs for his debut.

Watson’s fortune would change again when The Garden brass ran into a barrier of their own. Three days after Watson’s trial, immigration officials in Key West detained and deported Kid Chocolate back to Cuba, much to the dismay of his manager Luis “Pincho” Gutierrez.

James Johnston, being no ordinary director of boxing at The Garden, served as Harvey’s assistant in another life and picked up tricks of his own: Fidel LaBarba was kept waiting in the wings should a situation like this arise, and the California battler stepped in when it became apparently Kid Chocolate would be tied up for longer than anticipated.

Watson managed to win over a few New York writers with strenuous and impressive workouts with experienced guys like Frankie Covelli, who was then in the early stages of his career as a featherweight contender. Even so the seaman was installed as a 2/1 underdog, with offers of 4/1 in a few dark alleys.

British press, unwavering in their support, remained poised for an upset, spending “a small fortune” on cable tolls for blow-by-blow reports, according to the Brooklyn Citizen.

The opening round unfolded much like Watson’s gym trial, surely frightening Harvey and Mortimer, Watson’s managers seated just outside the Madison Square Garden ring. LaBarba pushed, swatted, left-hooked and had his way – a grim start for the seaman.

It all clicked at the sound of the gong for round two, though, and from then on Watson rattled LaBarba several times with a whipping right uppercut, out-fought LaBarba on his own turf in close and stormed back ferociously each time he appeared hurt. The seaman lost his legs a handful of times courtesy of both punches and tussling, but the referee and three judges unanimously concurred that Watson deserved the victory.

In truth the cheering could have simply been the gleeful cries of bettors cleaning up after backing a firm underdog, but LaBarba was no pushover and New York boxing fans had seen their share of glove-swapping; they knew a quality win when they saw it.

The seaman took the eight-day voyage home to Newcastle-upon-Tyne on the S.S. Europa, arriving home on February 9. “The Idol of the North” traveled across the Great Sea and “showed America that British boxers can box,” newsreels said.

Fans suffocated the street, drowning out any other noise with a joyous din, welcoming a bonafide hero. Not since Jim Driscoll outpointed featherweight champion Abe Attell 22 years earlier had a British featherweight king managed to subject the U.S. version to a loss.

It truly was a triumph. And the doubt still lingering in the hearts of American newspapermen made Watson’s victory, and his forthcoming shot at Kid Chocolate, all the sweeter.