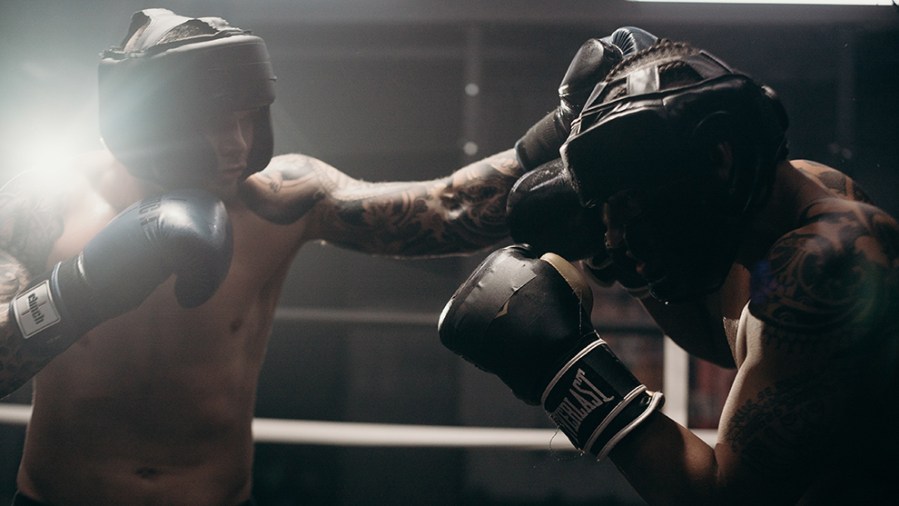 No sport has gifted as many idioms to everyday language as the sport of boxing and no sport embraces a cliché quite like boxing, either. Here are 10 of the best…

This is often said in response to an assumption that Boxer A beats Boxer B due to their form against common opposition. Remember, though, that Ali beat Foreman, Foreman beat Frazier, and Frazier beat Ali. Why? Styles make fights.

This is said when a fighter is considered out of their depth against a far more skilled and seasoned opponent. It is usually said by a promoter or TV commentator wanting to maintain the audience’s interest.

3 A black eye for boxing

This is said when something awful occurs either in the ring or outside the ring. Yet, ironically, if there’s perhaps one thing that wouldn’t be noticeable on the face of a sport like boxing it’s yet another black eye.

4 A happy fighter is a dangerous fighter

This is said by a boxer when switching trainer and is used to both motivate them ahead of an upcoming fight and offend the trainer they have just left. There is, however, no proof of a correlation between happiness and danger.

5 You need a knockout to get a draw

6 You must rip the title away from the champion

This is said, somewhat annoyingly, by commentators to excuse a bad decision getting announced in favour of a champion. It is also said by the champion whenever they get away with one.

This, like number six, is another cliché said by commentators and another attempt to make peace with the ineptitude of the three judges sitting ringside.

8 I’ll fight them for free

This is usually said by a boxer after a fight, when adrenaline prevents rational thought, and is a claim few boxers would ever stand by if such a scenario was actually presented to them.

This is said by a boxer trying to play down what happened when they once sparred their next opponent, the suggestion being that sparring and competitive fighting are two very different things.

This is said by commentators seemingly whenever an unknown Ghanaian competes in a British ring for a Commonwealth title. It is a sweeping generalisation used to conceal the Ghanaian’s lack of credentials.