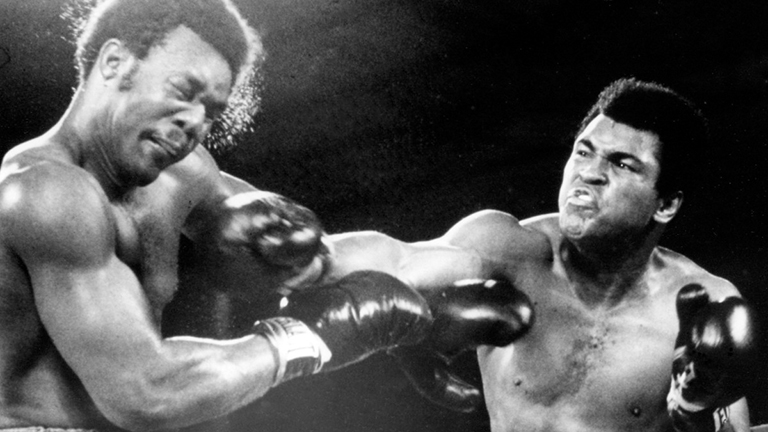 George Gigney lists 10 of the biggest heavyweight fights ever

The cultural significance of this fight was colossal, and more people tuned in to watch it than had done so for the first moon landing two years before.

Though Tyson was past his best, this titanic clash still remains the highest-grossing heavyweight fight ever after hauling in $112million.

Ali produced his most inspired performance to knock out the seemingly invincible champion.

The heavyweight rivals warred in the final fight of their historic trilogy.

The world’s top two heavies, both of whom were worldwide stars, met in a highly anticipated clash.

This fight became emblematic of the struggles between Nazi Germany and the countries which opposed it in the run up to World War II.

With its infamous ‘Long Count’, this rematch saw just under 105,000 spectators cram into Soldier Field in Chicago.