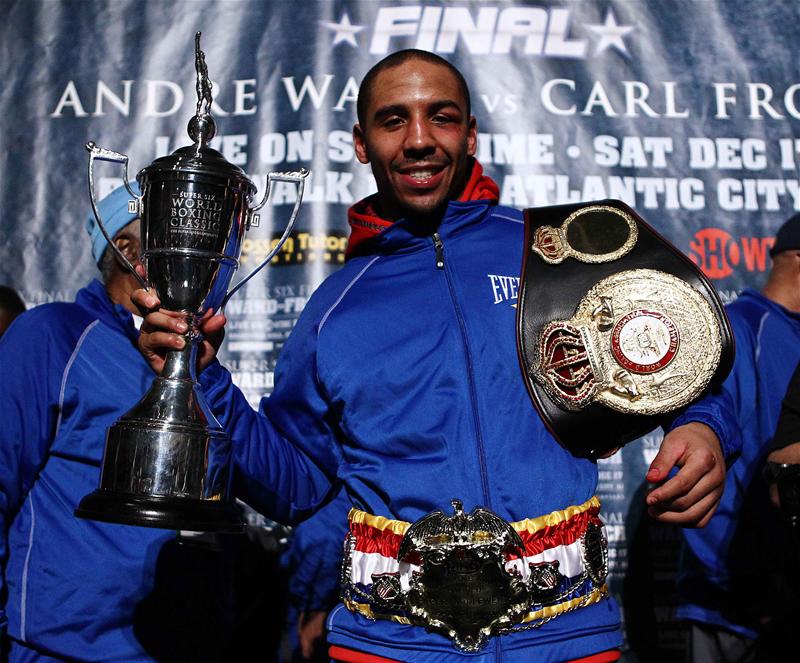 AHEAD of his mouth-watering showdown with light-heavyweight behemoth Sergey Kovalev at the T-Mobile Arena in Las Vegas, Andre Ward admitted he had grown tired of the super-middleweight division, but he had not outgrown it. Instead, he was driven up in weight by the desire to prove himself and create a legacy like greats of the past.

“It was threefold,” Andre Ward said when asked why he moved up to the 175lb class, and straight towards a fight with Kovalev. “It was the weight – but I could have held off for a couple more fights [at 168] – it was legacy driven, and it was tough to get guys in the ring, it was so tough.”

Ward, who was locked in a legal battle with now passed trainer Dan Goossen for several years, has not fought at super-middleweight since defeating Edwin Rodriguez in 2013. That contest was only for Ward’s WBA title, after he had lost the WBC strap out of the ring.

“I had a situation with my [super-middleweight] belts where they were mysteriously getting stripped,” Ward explained. “I didn’t get a heads up about this, I didn’t do anything wrong, and it’s like, ‘Yeah, don’t worry about that.’ But I was like, ‘But he just took my belt!’ It happened like two or three times. The WBC took it, gave it back, and then took it again. I was like, ‘Okay, I’m done’.”

Ultimately, though, it was Ward’s desire to be great that took him to Kovalev’s door.

“It was a combination of things but legacy had a lot to do with it because you look at the all-time greats, they all went to other weight classes, they all went up,” said the 32-year-old. “The Ray Robinsons, the Ray Leonards, Ricky Hatton, Mike McCallum, go down the list, Bernard Hopkins, Roy Jones. They went up and took on those bigger challenges.”

FOR EXTENSIVE INTERVIEWS WITH WARD AND KOVALEV, BIG NAME ANALYSIS, AND THE OUTCOME REVEALED, GET THIS WEEK’S BOXING NEWS