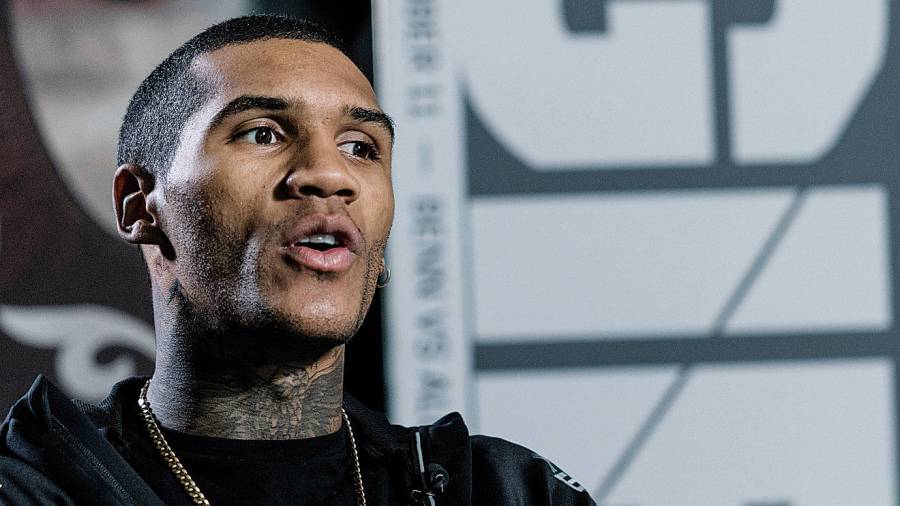 Three British boxers have been taken out of the WBC rankings for failing to enrol in their drug testing programme, but they’re expecting to be reinstated, reports John Dennen

THE WBC removed three British boxers from their ratings for failing to enrol with their Clean Boxing programme of drug testing.

Conor Benn is the most high profile of them. He was ranked at number five in the WBC’s welterweight rankings. Cruiserweight Chris Billam-Smith has also been withdrawn from his position as the WBC’s number seven, while Scotland’s Lee McGregor, who was their bantam number nine, has come out too.

The WBC stated: “[The] Clean Boxing Program administered by VADA, has reported to the WBC ratings committee that after multiple attempts to enrol a variety of fighters and after the grace period has lapsed for registration, consequently [these] fighters have been taken out of the WBC rankings. They will have the opportunity to enrol in the program and be considered by the ratings committee.”

Eddie Hearn, who will promote Benn and Billam-Smith in their next fights, is adamant the problem will be resolved. He put it down to “poor admin”.

“Not really understanding that it is quite important to do. There were other British fighters, too, like Lee McGregor. Those forms were sent to Conor Benn’s management and I don’t think they were ever filled out – they’re quite arduous those forms. But they will be filled out, in fact I think they already have been, and they will be sent back to the WBC,” the Matchroom boss told Boxing News.

He pointed out that “Conor Benn is part of the 365-day testing programme with the British Boxing Board of Control [administered with UKAD], which is a much more frequent and arduous testing programme than the WBC’s”.

“Same with Chris Billam-Smith, the ‘Gentleman’. Actually I’m quite surprised he didn’t do it because he’s always so thorough and efficient. But they’ll all get done and they’ll be straight back in the rankings,” Hearn continued. “The WBC system is a good system but at the same time it’s not very frequent in terms of testing. I reckon I’ve got a hundred fighters signed to that and I would say only 10 per cent of those have ever been tested by the WBC. But it’s still great – nobody else is doing it,” he added.

“It’s important to clear their names because they’re already involved in a more rigorous testing programme and the forms will be filled in by the end of the week. It’s not the first time this has happened – it’s happened to dozens of other fighters who didn’t fill out the form.”

Two international fighters were also excluded initially, although Mario Barrios has already been reinstated in the testing programme. The American, who is boxing Keith Thurman in Las Vegas on February 5 at welterweight, had lost his position as their 10th ranked super-lightweight but has now submitted the relevant documentation. He’ll be eligible for the WBC ratings next month.

However Mexico’s Mauricio Lara, who upset Josh Warrington last year, has also been removed from their ratings for failing to enrol. He had been the WBC’s number four at featherweight.

The British boxers are looking to rectify the situation. Benn has said publicly that he will file his forms with the Clean Boxing programme, though also pointed out his frustration with a lack of notice from the WBC and with how Oscar Valdez still boxed for their super-featherweight title despite failing a drug test.

Similarly, Chris Billam-Smith had just printed out his forms when he spoke to Boxing News. “They got sent to me, I think the week after my last fight and I just didn’t get round to printing them out. [The announcement] made me aware of it a bit more and it’s been re-sent to me etc,” Chris said. “A bit of admin and after a fight it’s nice to switch off and not have to fill forms out and everything. I thought I’d get back to that when I get back in camp and never got round to doing it until today [Monday]. I think it’ll probably be the same for the other people involved as well, it’s an admin thing and people forgot to do it.”

Billam-Smith is fully supportive of drug testing measures and for boxers who actually fail tests to be sanctioned accordingly. “It’s obviously a very dangerous sport,” he said. “All I can do is comply and if I get tested so be it and that’s the way it’s got to work.”

“I’ve always been tested by UKAD,” he also notes.

Both Benn and Billam-Smith could be next out in April, boxing on a Matchroom show in London with Billam-Smith expecting to make a mandatory defence of his European cruiserweight title against Fabio Turchi on Benn’s undercard.

Lee McGregor too is expected to return to the WBC rankings next month. The talented Scotsman defended the European bantamweight title in August and will be boxing on February 11 at London’s York Hall against Mexico’s Diego Alberto Ruiz. A spokesman for Probellum, McGregor’s promoter, told Boxing News, “Lee had filled out all the paperwork correctly but as has been widely reported there was a mix-up within his team on who was submitting it. That mistake was quickly rectified and he expects to be back in the WBC rankings next month. Probellum is 100 per cent committed to the Clean Boxing Program.”

The Clean Boxing programme is a welcome initiative. Run by VADA, the Voluntary Anti-Doping Association, it is mandatory for all the WBC’s belt-holders and the first 15 classified in each division in men’s boxing and for the first five ranked fighters in each women’s boxing division, though any boxer can voluntarily enrol in the programme too. But it also highlights the disparate nature of drug testing across the sport globally. The WBC is just one of four belt-sanctioning bodies afterall, and for the system to work well there must also be effective punishment and enforcement for those who do fail tests. Drug testing in boxing still needs to become universal, comprehensive, and have teeth.