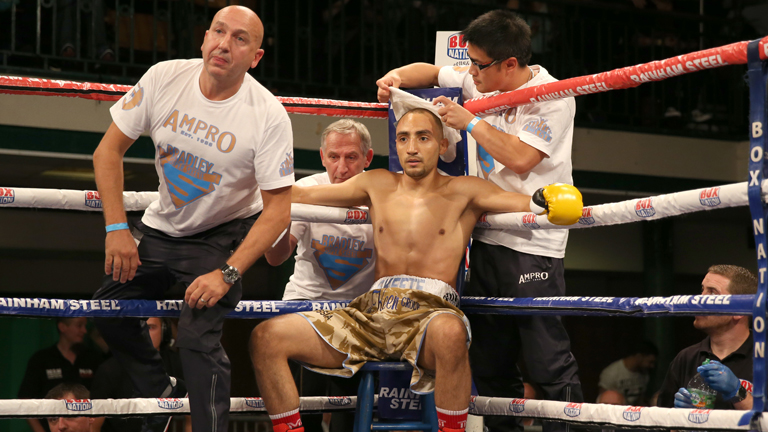 Magician-like coach Alan Smith and his assistant Eddie Lam are creating their own version of the sorcerer's apprentice in Bromley. They tell us more

FORGET the Disney feature which saw Mickey Mouse wrecking the joint as part of the epic Fantasia. And most people have already forgotten the typically corny Nicholas Cage vehicle – boxing has produced a more apt case of the sorcerer’s apprentice. Underrated trainer Alan Smith (far left in main image) has already guided Sam Webb and Bradley Skeete, among others, to the British title, from his iBox Gym in Bromley Kent. Smith credentials as a magician were established long before he proved BN’s Danny Flexen wrong after the errant scribe predicted Thomas McDonagh would ‘play with’ Webb; Tommy lost, of course.

Smith insists he could not achieve all he has without a close-knit, talented team that now includes Webb, S&C maestro Gav Lander and, most importantly, his superb apprentice and trusted sidekick Eddie Lam (far right). Here, ahead of their man Johnny Garton’s English title shot tomorrow (May 7) at York Hall, Smith and Lam reveal the secrets of their success to Kevin Campion of Goodwin Boxing.