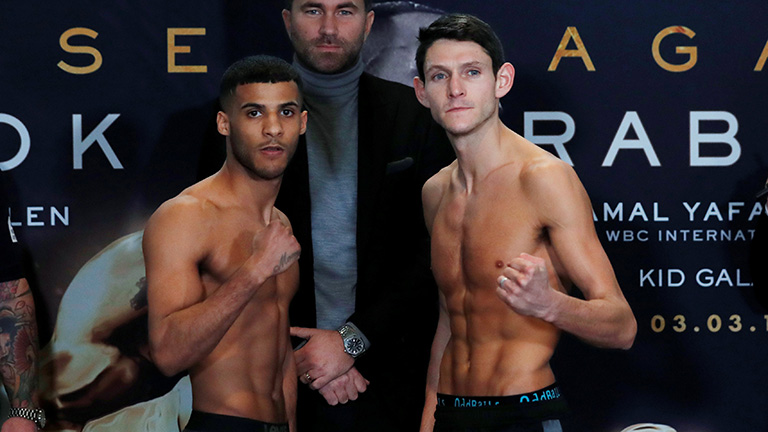 AFTER a year of disappointment and frustration, Gavin McDonnell is leaving no stone unturned as he prepares for a huge domestic clash with Gamal Yafai.

In 2017, “Big Twinny’ Gav fell short when challenging for the WBC super-bantamweight title, and it’s taken 12 months before another big opportunity came knocking.

The former British and European champion now has an opportunity to climb back up the rankings by facing WBC International title holder Yafai.

“I’ve learnt so much in and out of the ring in the past year,” said McDonnell. “I feel like I’m a much better fighter now and the loss has bought me along – It’s given me a taste of the big time and I want more.

“These domestic dust-ups are the type of fights which gets the bit between your teeth. It’s a massive fight compared to my last fight which has got my juices flowing. These are the fights that I want. All going well, I’ll get the win and look to maybe have a world title eliminator before getting into contention at the back of the summer – I want another world title shot in 2018.

“Gamal’s a good fighter – I have respect for him and his brothers but I genuinely believe I’m going to do a number on him but he’ll think the same. I’m going to make the most of these big fights now because by the time it comes around it’ll have been a year since my last real big one. He’s got a lot more to gain than me, it’ll be a competitive fight. We sparred over a year ago, they were good spars – I’m not going into it but if that’s anything to go by it’ll make for a fan friendly fight.

“I said to the team, whoever gets me next has got me at the wrong time. I am not losing again, I can’t lose again. I’m still feeling young and fresh to the game but now I have the experience and drive.

“That world title defeat, I couldn’t have done much more. I had a great camp, I got beat by the better man and there’s no shame in losing to Vargas, he’s gone on to show how good he is. If I can get a big win here, it sets me up for a massive year. I know how this boxing game works, it will snowball.”

Check Out What Happen’s Behind The Scenes…

Boxing Science Profiles are our new special features on the athletes, giving you an insight to their training, upcoming fights and career aspirations!

In this episode, Gavin McDonnell works hard in the lab as he prepares for his clash with Gamal Yafai. We explain his training methods, and what a beast Gav is on our ‘red zone’ runs: