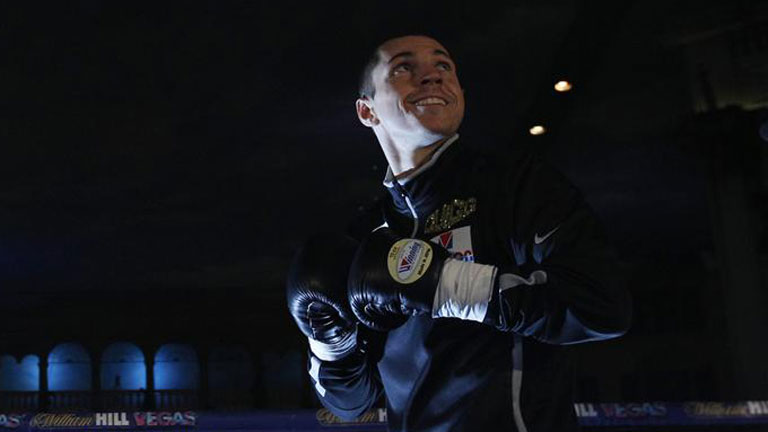 From the outside looking in, Quigg looks like a great athlete to work with. A hard worker that does his best to tick all the boxes, reminds us of what we would call a technician.

Quigg works his socks off, but how much is this beneficial for his boxing performance. Boxing Science takes a look.

The opening scene of “Frampton-Quigg: Behind the ropes”, begins with a big bold “05:00”. It documents Quigg’s early morning swim.

It’s our job to ask questions, so two stood out immediately.

In 2014, a group of Australian researchers published a scientific manuscript in the European Journal of Applied Physiology. It was entitled ‘Sleep or Swim…’.

Swimmers are renowned for their early-morning training sessions so this is pertinent to our two questions.

A squad of seven swimmers were monitored for 14 days as they completed a block of high-intensity training in preparation for the 2008 Olympic Games.

During this period, the swimmers had 12 training days, each of which started at 0600 (1 hour later than Quigg). The main research aim was to assess the amount of sleep the swimmers got in this block of training.

The key finding was that the swimmers obtained just 5.4 hours of sleep before the early morning sessions. On rest days, they still only got 7.1 hours sleep.

Given that chronic lack of sleep <6 hours per day can impair physiological and psychological function (as we present here), the authors concluded that it’s possible that early morning sessions could limit the effectiveness of training.

Not only that, but there was a change in sleep-wake cycle from training to rest days. Ideally, this would be consistent to maintain stable circadian rhythms.

So, does Quigg need to start training at 5 am? Well, it depends on how good his sleep routine is. But to get 10 hours of quality sleep he’d need to go sleep at 6:30 pm. In reality, this would be difficult to achieve. These early starts are likely impairing his sleep quality and could have  negative effects on his training adaptations.

Now to the second question, why is a boxer swimming?

Does he need to swim?

This a straightforward answer for us. No.

Remember, we train for specific adaptations; we don’t train just to get better at an exercise per se. Or for the sake of just doing something.

The key question we always ask is “why?”

What’s the point in this exercise or this phase of training? What adaptation are we trying to induce? Only when we have a clear answer and reason for doing something, do we do it.

In this clip, there didn’t seem to be any training monitoring during the swim. [Though it should be noted that trainer Joe Gallagher keeps meticulous records of training times, monitors heart rates etc.] But often people train in “no-mans” land. Essentially wasting time and effort for little reward (adaptation).

If the answer to “why?” is to keep him busy, well, that’s not good enough for an elite athlete. Everything must be done for a reason. The goal of training is to be productive, not busy. Anyone can be busy. The skill is in optimising training and distributing training load intelligently over the duration of the camp.

Swimming at 5 am doesn’t cut it as elite training practice for us.

The sledgehammer is a common sight in a boxer’s strength and conditioning programme. Indeed, both Quigg and Frampton use one in the ‘Behind the Ropes’ episode.

The sledgehammer can be effective as it can transfer to core rotation and force development. However, more often than not, the sledgehammer seems to be used as a conditioning tool.

But let’s be honest, there are more effective exercises that can be used for strength, speed and fitness.

If you’re thinking about using them, ask yourself these questions:

Answer these questions and then you’ll have a justification for using a sledgehammer, rather than playing a guessing game.

Train the adaptation. Or at least, consider it. Then you’ll have a sound rationale for the exercise. If you don’t have a good reason, question why the exercise is important. They key message from us arising from this analysis is that optimising the potential for adaptation is key. Put yourself in the best position to reap the rewards from training.

Getting enough quality sleep is a basic input into the training equation, train with a focus and purpose, be productive not just busy, and after the session aim for maximum adaptation by eating and recovering well.

Quigg commented that he didn’t believe in overtraining, just under-recovering. That’s a simplistic view. You need to distribute training appropriately and respect both sides of the equation. Sometimes it’s better to limit recovery in a training block and induce functional over-reaching. At other times it better to back-off and let the body compensate. The key is knowing when and how to do this.

Read the Science Behind Frampton

Both Frampton and Quigg are credits to boxing. They are well skilled, hard workers and have an air of professionalism. We can’t wait for Saturday night, may the best man win!