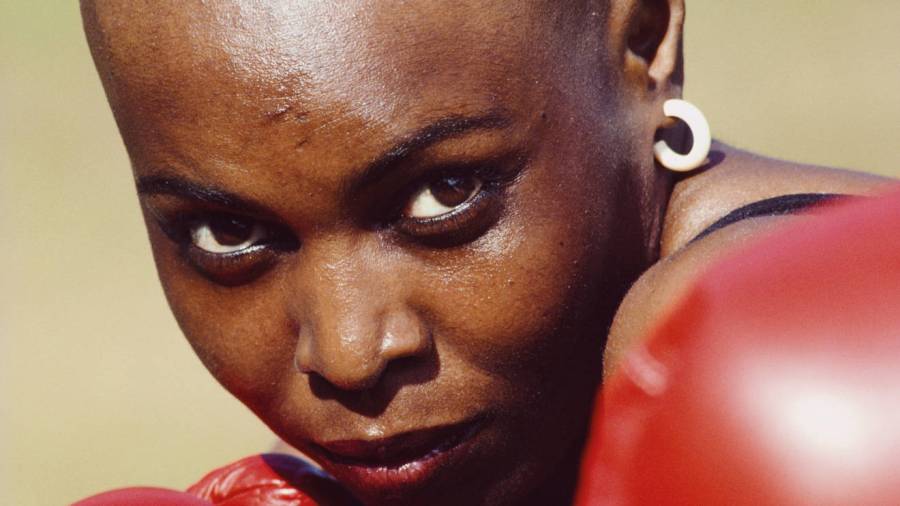 The extraordinary stories of Marian Trimiar, Jackie Tonawanda and Cathy Davis are a few degrees of separation and a world removed from today's stars of female boxing. Steve Bunce tells the tale as only he can

RICKY HATTON is only about nine moves from “Two Ton” Tony Galento, which is a decent fight and an even better night out. You know the game – Ricky fights somebody, who fights somebody and then it gets to crazy Tony. It’s not a bad game.

It’s about the same amount of boxers between today’s top female fighters and the pioneers from 1978, the year the New York State Athletic Commission handed out the first three licences to women; ground zero for the women’s game.

The first woman was known as “The Cat”, Cathy Davis, and she is the forgotten fighter, a lightweight with big hair, surrounded by a crazy gang. Even in a sport where most things are hard to invent, the Davis business is wonderful.

A New Yorker called Sal Algieri discovered her in 1975 after taking out an advert in a local paper: “Recruiting Women – ages 17 and 22.” When Davis walked through his gym door near Poughkeepsie, it was love at first punch for the star-crossed pair, the fencer and the fixer. Sal threw a fight in Australia a decade earlier and was ducking and diving and surviving on the boxing beat in New York. Davis was a champion fencer.

Sal created a governing body to validate the fights. He formed a fun committee: the great Willie Pep, Al Braverman, Paddy Flood and a woman from California, Dee Knuckles. It was called the Woman’s Boxing Federation. It is hard to invent, but invent they did, starting with Cathy’s record.

The exotic excursion by Flood and Braverman into the brave new world of female boxing was a nice diversion for the pair, different to organising Don King’s fights and bloody days mopping up after their fighter Chuck Wepner. “We love that bum,” Flood said after Wepner lost to Muhammad Ali in 1975. It was probably the truth.

In 1978 Davis and two other women were given a licence to fight in New York State. It had been a struggle, many had been refused before Davis initiated legal action against the Commission. Davis was joined by Jackie Tonawanda and Marian Trimiar, they formed the original three.

Tonawanda, known as the Female Ali, and Trimiar, known as “Lady Tyger” and “Kojak” – she copied the TV cop and shaved her head. The shaved head was a decent gimmick, caught Algieri’s eye and prompted him to put the ad in the paper after seeing her fight. Tonawanda and Trimiar had been refused licences in New York, they resented Davis and on the day the licences came through, Trimiar and Davis had to be separated by officials and media. No sisterly love lost there.

In 1978 Davis appeared on the front cover of The Ring, the first woman on magazine’s cover; the only one until Ronda Rousey’s bizarre appearance in 2016. Davis was big, trust me.

Also, in 1978 Davis went to Atlanta for a fight against either Ernestine Jones or Connie Smith; she either won or lost. Take your pick. It was a wonderful time to do whatever you wanted in American boxing, where commissions were formed, folded and operated at the flimsy whim of any travelling salesman with a ring, a few fighters and a knack for publicity. This is the fertile land of Bruce Strauss.  Incidentally, Smith and Jones were the same woman, a lightweight from Chicago with a fair bit of attitude.

Now, if Davis had won there was a world title fight in Monaco, deals with American television and six-figure paydays. It was exactly what Algieri had predicted, hoped for and planned for. Sadly, Smith/Jones never got the memo. Even Lou Duva was involved with the Atlanta fight.

It finished in the third, maybe the fourth. Davis was knocked down in rounds one, two and three. She was badly hurt. According to Smith/Jones the fight was a farce: “The ref was counting – ‘One… get up…. two … get up … three … come on now, get up’.  And he took even longer in the second round.” However, Algieri complained that Smith/Jones had used “illegal tactics”, had repeatedly stepped on Davis’s feet. The end, which was probably a knockout, was changed to a No Decision. That, my friend, is my kind of commission.

A few weeks later she was on the cover, her record: 10 comic knockout wins – all against women who had never won a single fight – and the Atlanta scandal.

A year later, her career back on track and Atlanta a distant memory, Davis stopped a truly hapless German woman called Ursula Doering. Poor Ursula suffered before the first bell. She spent the night sleeping rough at Kennedy airport when she landed, then she had a tooth removed in an emergency procedure at 3am and was then refused a licence because she looked too old. The fight was bad and Pep, who was the referee, called it off in the sixth round. It was Doering’s debut – what a business. Davis would fight just once more, a win in 1981. And then she vanished. Flood and Braverman went about their boxing business, their job done.

Jones/Smith was stopped by Kojak and Cora Weber beat Kojak and she fought Belinda Laracuente, who beat Christy Martin one night in Las Vegas and never got the decision; Laracuente lost to Anne Sophie Mathis, who beat Jane Couch, and Mathis lost to Cecilia Breakhus in 2012; Breakhus beat Victoria Bustos and Bustos lost to Katie Taylor. Not quite Two Ton to Hatton, but not bad.

In February little Terri Harper, now training in a field in Yorkshire, beat Eva Wahlstrom to win the WBC title and Wahlstrom had lost to Taylor in 2018. I make that eight women between Cathy Davis and Terri Harper. Braverman and Flood would love that logic.