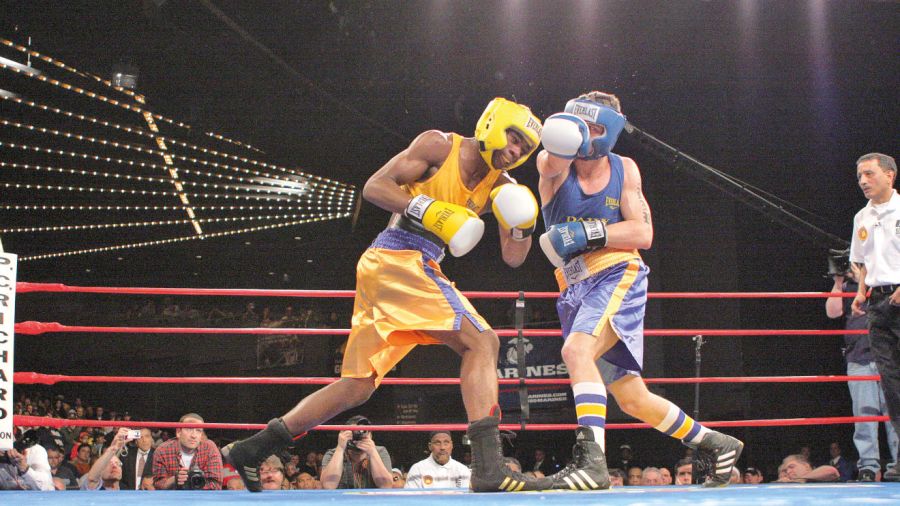 What was one of the greatest tournaments in amateur boxing is now in ruins. In the penultimate part of the investigation into the Golden Gloves, Jack Hirsch reveals why

QUICK recap for those that haven’t been following: The New York Daily News Golden Gloves started in 1927 and it was a roaring success for a long time. Fans would flock in their thousands to Madison Square Garden to watch, while thousands more would read the Daily News to get the lowdown on the tournament. Legends were born inside the ropes and it was a competition fighters dreamed of winning. But, like almost all good things, it started to go bad.

Personalities clashed. Egos collided. And of course the sport of boxing lost popularity along the way. By 2017, with the divisive figure of Brian Adams running the show and Metro battling the Daily News Charities (DNC) for ownership, the Golden Gloves was on the brink of being torn apart.

The position of both parties was clear and neither was willing to budge. Metro wanted more control, the DNC was not going to give it to them.

Deni Auclair, of Metro, said there were several issues that caused friction, but Brian Adams – who had been making enemies since taking over – was not primarily among them.

“But I’m sure he took it personal,” she says. “They [DNC] have not shown us their financial records for a long time.”

Metro certainly had a right to request to see the financial records, but as the Event Coordinator it is unclear if the DNC was obligated to show it to them. Still, Metro felt that at the very least the DNC had a moral responsibility to do so.

Metro decided to take matters into their own hands. Feeling that they primarily ran the tournament anyway, they would now continue to do so without the involvement of the Daily News, but still continue to refer to it as the Golden Gloves. What Metro wanted above all else was to obtain the trademark to the tournament. Previously the Daily News had a trademark that they allowed to lapse, but then rushed to court to get it reinstated.

In late 2017, when Metro began registering boxers for a 2018 Golden Gloves tournament without the DNC’s blessing they were swiftly met with a court order.

On December 20, 2017 in the United States District Court, Southern District of New York, United States District Judge Valerie Caproni handed down her verdict siding with the Daily News Charities Inc., basing it on 43 (a) of the Lanham Act in that what The Metros was attempting to do constituted unfair competition and trademark infringement under New York General Business Law. Essentially this meant that Metro would be forbidden from using the name Golden Gloves in the New York City Metropolitan area.

The ruling further stated, “as a part of the production of the Golden Gloves tournament, DNC has used the Golden Gloves mark in advertising and promotion, arranged for additional sponsors, managed registration and entrant physicals, financed the event, and arranged for the event to be sanctioned by Metro and its national umbrella organisation, USA Boxing.”

Court Summaries are usually lengthy, but there are certain words that get right to the heart of the matter, such as Judge Caproni stating, “Metros use of the Golden Gloves mark to market a competing amateur boxing tournament risks misleading potential entrants who are confused by the existence of two tournaments or who mistakenly believe they have signed up for an ‘official’ Golden Gloves tournament.”

In coming down on the side of the DNC, judge Caproni’s temporary restraining ordered Metro to refrain from the following:

1- Using the Golden Gloves mark or any confusingly similar mark in connection with an amateur boxing event in the NYC metropolitan area, including but not limited to in any way suggesting a relationship with, sponsorship or endorsement by DNC;

2- Passing off or otherwise representing to the public that any amateur boxing event in New York City produced by Metro without involvement of DNC is in any way sponsored by, created by, endorsed by, emanates from, or is affiliated with DNC or GOLDEN GLOVES;

4- Using or authorising the use of the Golden Gloves name or mark in connection with any amateur boxing-related activity (including, but not limited to, a Hall of Fame or fundraising) in the New York City metropolitan area or representing that it has the right to do so.

At the time of the ruling, it seemed that the DNC had scored a massive victory, but it has not played out that way. Since the ruling they have done nothing to keep the trademark active. And if it remains that way until June 2021, the Statuette of Limitations kicks in and Metro can legally swoop in and claim the trademark. However, with coronavirus putting much of society on hold, the DNC might be able to get an extension on that date. In any event the Metro strategy, at least for now, is to wait the DNC out.

The court ruling signified the birth of Ring Masters, the new name that Metro used to replace that of the Golden Gloves. Instead of the winners having the star studded Golden Gloves placed around their necks they would now have a ring put on their finger. A perfectly happy marriage between the boxers, their coaches and Metro it is not.

The Ring Masters tournaments have been a success, but don’t carry the tradition of the Golden Gloves, something Metro is constantly reminded of.

The best analogy could be found by comparing it to the world championships of track and field. The best athletes always participate, but it can never match the prestige of the Olympics because that is the only brand the general public is familiar with. Chances are that if you stopped someone on the street and asked them what the Golden Gloves were they would know, but there are still many within the boxing community who have not even heard of Ring Masters.

Auclair, for one, feels that Ring Masters is carrying on the Golden Glove tradition nevertheless. “We were scheduled to have our finals at Madison Square Garden [Hulu Theater], this past April 10.

“We have a great relationship with them. Six years ago we went to The Barclays Center and it was a disaster,” she said referring to the low attendance in the Brooklyn arena. Ironically with social distancing in place that might become more the norm than the exception in the foreseeable future.

Auclair says that the Ring Masters entrants were given a survey in which they expressed a preference of having the finals held at Madison Square Garden. A surprising preference being that the Hulu Theater’s capacity is 5,600 and The Barclays Center seats 19,000. Also, unlike their elders who revered MSG, young people have shown more of a tendency to flock to the Brooklyn culture that is The Barclays Center. A case in point would be NBA stars Kevin Durant and Kyrie Irving. A year ago as free agents they had their choice of signing with the New York Knicks or Brooklyn Nets, both selecting the Nets.

“The Golden Gloves is number one. Everyone travelled from all over to win it,” says Mark Breland. “No one wants a ring, they only want the gloves.”

If it were up to current Metro president Ray Cuadrado the participants would have a chance to win both. Cuadrado expressed a strong desire to bring the Golden Gloves back, but to also keep Ring Masters as well.

According to several sources, Cuadrado had problems with the law in the past but made the most of his second chance and turned his life around. For that he should be given his due.

Back in 1997, Cuadrado was asked to coach a boxer. That led to his becoming a member of USA Boxing. By 2004 he was running his own club and started to become seriously involved with Metro.

USA Boxing took note of the work Cuadrado was doing as he moved his way up the ranks. Ultimately they turned to him to become president of Metro, but had to wait because of their own rule that stated an individual with a past felony conviction could not hold the office. Ultimately USA Boxing adjusted the rule, clearing the way for Cuadrado to serve. This did not sit well with those who were intending to run for the Metro presidency, Yvonne Williams and John Morrison among them.

Williams complains that her two-year tenure as president of Metro was cut short when USA Boxing changed the rules to accommodate Cuadrado. Williams left her position in January 2016, under less than pleasant circumstances, saying she had to put up with unnecessary infighting.

“I got support from the coaches, but none from my own board of directors,” Williams says. “We had a vast separation of core values. It took me a year to get access to the bank records.”

Williams says that Adams’ problems with Metro were related to him lacking the manpower. “We were working crazy long nights, never having less than 12 fights. We both had full staffs that worked hand in hand. By the time the relationship of the Golden Gloves and Metro fell apart, Brian only had two or three part time workers helping him.

“I do wish Brian had been more bending, but could see he was in a little over his head. I don’t think he had the experience or staff to do everything that was expected of him. But I would welcome the chance to work with him again. There is no reason why the tournament [Golden Gloves] is not up and running.” What was near unanimous in the critique of Brian Adams was that he was undermanned yet refused the help he was offered. Adams’ counter argument is that many of those offers of help were from people only looking out for their own self-interest. The arguments roll on yet away from the bickering and posturing the real casualty was the greatest amateur boxing tournament of them all.