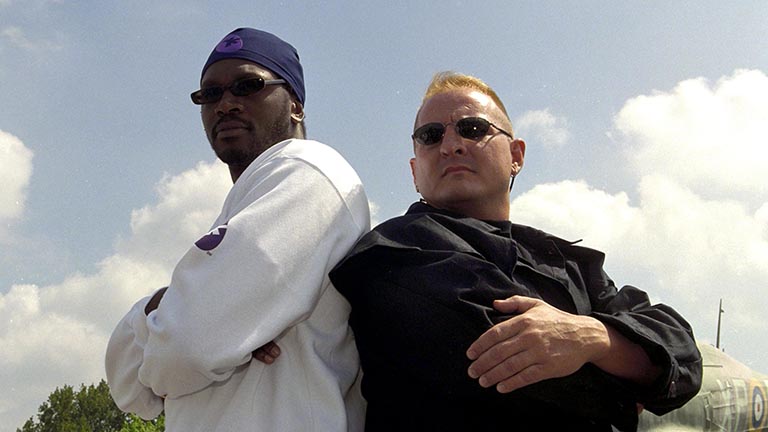 MIKE MIDDLETON was a heavyweight journeyman and his unremarkable career began in 1995. His name was a frequent fixture on the spotless ledgers of heavyweight hopes, and the jolly Floridian can no doubt provide stories concerning the likes of Cedric Boswell, Owen Beck and Duncan Dokiwari. Those tales may well be heard in the future but today, across a transatlantic phone line, the happy raconteur takes us back to 2001, when Middleton was chosen as the inaugural professional victim for Britain’s Olympic gold medallist from the previous summer, Audley Harrison.

“Do you know, I had actually seen him [Harrison] a few months before our fight and it’s funny because, like most of his career, no one knew who he was then either,” remarks Middleton mischievously. “Audley had won gold that summer and he was in Vegas for the Lennox Lewis-David Tua fight, and he was walking around the hotel and not a soul inside the place knew who he was.

“This huge man who I thought stood out was just walking around the hotels and casinos and not a person was even asking for an autograph.”

Over the following months, the celebrated Londoner took time to assemble a squad that he hoped would take him on a journey similar to that experienced by the man he had gone to watch at the Mandalay Bay resort. Once that was firmly in place, and the BBC had added their financial clout to Harrison’s project, the gold medallist was able to reject the advances of hungry promoters and take responsibility for the direction his career would take. That route began with Middleton.

“We’re going back a long time so forgive me if I’m little out with my dates but it was a couple of months before the fight that I got the offer,” Middleton recalls. “The contract came and though it was a little different to what I’d seen before, I just went ahead and signed and got excited about the fight.”

Unbeknown to Middleton, drama would unfold before a punch had even been thrown. There was a clause in the deal that had been placed there erroneously; a mistake that was only pointed out when another proposal came his way, and one the other interested parties would fail to discover until much later.

“There was an offer for a fight here in the States but I let the guys know I was going ahead with Harrison and they were saying, ‘Let’s look at the contract to see if there’s any way out of it,’ so I could fight here in the States. So I faxed it over to them so they could have a quick look,” he remembers. “When I looked at my phone after leaving the gym there was like 30 missed calls and when I got back to them they were saying, ‘Get on the first plane to England and take this fight. You’ve just won the lotto.’”

Middleton claims the contract he signed entitled him to a percentage of television rights revenue, and with Harrison’s debut set for primetime BBC exposure – preceding what was then believed to be the final ever episode of popular football highlights show Match of the Day – Harrison’s terrestrial TV audience was projected to be huge.
Middleton, back then a full-time private detective who still seems perplexed by the entire situation almost 16 years on, headed across the Atlantic in optimistic mood.

“Even after hearing about all the TV stuff, I still had no clue what was going to happen because every big debut had still been way down on the undercard,” he explains. “This was the first time I’d heard about someone having his first fight being the main event on television. A friend of mine put me in touch with Andy Ayling and when I arrived in the UK he did a good deal for me, and really looked after me. Harrison’s team came to my hotel a few times and they were asking me to sign a new contract, but I kept telling them that I wasn’t going to do it, and to speak with my manager or to speak with someone from my team. The money I was set to pick up was a lot more than the $5,500 that they had thought they were paying me.”

Middleton was a popular tourist during his brief stay in London. He received a phone call to his hotel room one night, the voice informing him that a limousine awaited at the front of the building. Inside was Kellie Maloney (then Frank), who of course handled Lewis and had grand ideas for the man whose sleep he had just disturbed.

“This was like something from one of the Godfather movies. We were driving around London when we pulled up at a Chinese restaurant, that I’m not sure was even open, but someone answered the door to the driver and we all went inside. The driver was definitely ex-services like SAS or Marines. I’m ex-military myself and you pick up on things so I know his background was similar to mine,” Middleton claims.

“We sat down and I’m there eating Chinese food days before the fight wondering what the guy who manages the world heavyweight champion wants with me, when he offers me a deal to become his fighter. It was something like a three or four-fight deal that gave me okay money but I knew it was all just a big scheme to f**k up the Audley Harrison show. The offer was a kind one and one that I appreciated but I believed I was onto something with the Audley contract and I was prepared to see how it went for me.”

Warming up in his changing room before the fight, Middleton alternated between shadow-boxing and stretching. Due to chaos he had experienced during his short stay in London, and the contract confusion, he was unsure whether his fight with Harrison was actually going to go ahead. But it seemed the BBC – who gambled heavily on Audley’s appeal – had faith in the contest.

“They [the BBC] had put a lot of money into Harrison and to be fair they also made quite a big deal of me too,” Middleton says. “I did plenty of interviews with them and they put my name all over the posters and the time they spent pushing this fight and telling people to switch on the TV and watch Audley Harrison kick Mike Middleton’s ass. There was talk of having me pulled from the fight, and I don’t know how much of it is true, but the BBC wanted me to be there that night and I think they got a big say on what happened. Even when I was stretching someone opened the changing room door and there was another heavyweight out there warming up in the corridor with shorts and boots on. I’m certain that guy was there in case any last-minute contract issue was brought up and my fight with Audley got cancelled.”

The concerns endured by Middleton while waiting for the whip’s orders proved unfounded and just moments after entering the ring he was back in his changing room at Wembley Arena, after succumbing to Audley’s attacks in 165 seconds. His stay in England had been a hectic one, transforming the ordinary American everyman into a pawn being manoeuvred by some of the leading names in world boxing at the time. Giggling after almost every sentence, Middleton has fond memories of his time in the English capital, not least of a purse usually reserved for those disputing the sport’s biggest prizes.

“After taxes and a big party in my hotel,” laughs Middleton. “I’d say I walked away with at least 10 times what my original purse was supposed to be.” Hesitant to reveal the actual figure, he finally estimates that $65,000 was his prize. “The most money I’d ever seen before for a fight was probably only a few hundred dollars but it wasn’t just the money over there – it was a few days were I felt like somebody. People stopped and asked for my autograph and at this fan thing where all the boxers attend I sat at a table and easily must’ve signed over 1,000 autographs. My team was trying to rush me but I told them that I was staying here until the last person had gone home and signing everything they had.

“I don’t think I’ve signed an autograph since.”