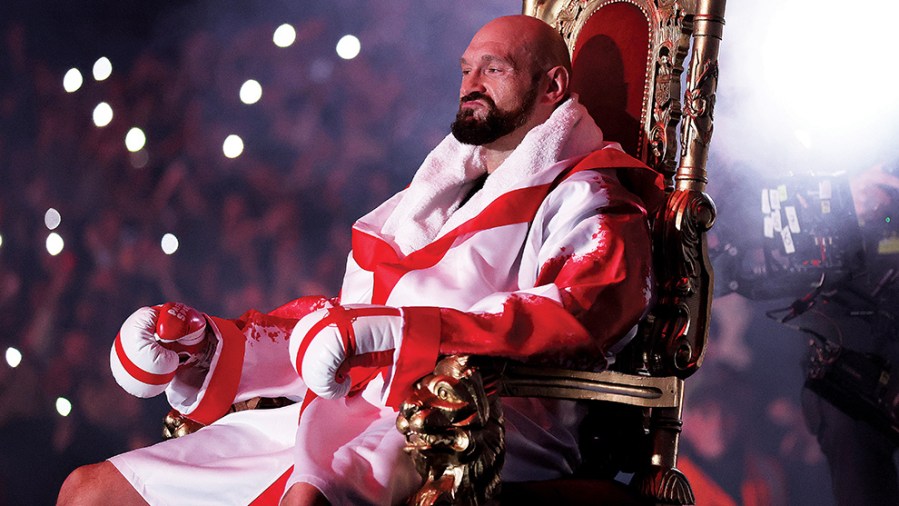 Tyson Fury doesn’t need the money but he’s going to come back and earn a load more of it, writes Matt Christie

TYSON FURY is a simple man of simple pleasures, he doesn’t need the millions of pounds he owns and most certainly doesn’t need any more. Well, that was what the world heavyweight champion claimed two months ago when he repeatedly voiced his intention to retire. He no longer cared for the sport of boxing and, as he told multiple primetime television shows, he no longer wanted the publicity. Now, as he does interview after interview, he insists he will return as long as he’s paid well.

Boxers understandably say things after a fight that, in time, are exposed as momentary outbursts. A training camp is a long and gruelling process on its own. But when you’re the world heavyweight champion, the demands from the media can also take a toll and that’s before you even get to the fight itself. It’s little surprise that boxers like Tyson Fury declare they’ve had enough once it’s all over. It’s akin to the average working person getting sick and tired of the daily grind and deciding, on the spur of the moment, that they’re going to quit, before doing nothing of the sort.

Floyd Mayweather went through a phase where he would announce his retirement, sometimes while fighting back the tears, after every single bout. Within a few months he’d be gleefully announcing his next one. Neither Mayweather nor Fury should be judged too harshly for that. To me, it was not an effort to dupe the public, it was merely what they felt at that point in time.

Fury always speaks his mind. But that he frequently changes his mind means what he says one day can totally contradict what he said the day before. Sometimes he even does it several times in the same breath, as he did on a video he posted on Twitter last week, days after saying he was “100 per cent” coming back: “Just a quick message to let everybody know that I, the ‘Gypsy King, am happily retired. But to get me out of retirement, considering I don’t need the money and I don’t need the aggravation, it’s gonna cost these people half a [billion].”

Though I believe Tyson was sincere when he said he wanted to quit the sport in May, his claims that money isn’t important to him are, of course, nonsense. Bar those lucky few who can carve an existence in the forest while growing their beards and living on leaves and berries, money is of vital importance to all of us. And Fury is in a position to make a truckload more of it.

He is a phenomenon. Hundreds of thousands of people have watched the interview conducted on Queensberry’s YouTube channel when he announced that he and promoter Frank Warren will announce ‘something spectacular’ soon. Plenty more will watch the actual announcement and more still the product of that announcement. Fury is playing the game, maybe not to everyone’s liking, but he’s playing it with an awareness of the fickle world he inhabits. Even when he is essentially saying nothing at all, the soundbite master is stealing the headlines while retaining the relevancy that he worked so hard to achieve. Deep down, he likely fears it will one day disappear. Now a bona-fide superstar he is nonetheless the same mischievous and troubled soul we got to know all those years ago.

What he has achieved as a boxer, however, goes above and beyond any of that. It is what defines him. It’s what brings out the very best in him. There was no way that Fury, after flattening Dillian Whyte in front of a packed Wembley Stadium, was really going to walk away. Particularly after such an emphatic victory that highlighted he remains at the peak of his powers, and when there are even bigger contests and challenges on the horizon.

Though we’re entertained when he speaks, we take what he says with a pinch of salt. What really matters is what he does inside the ring and it’s there, in that one place where he is truly at ease and feels in complete control, where he will always have our full attention.