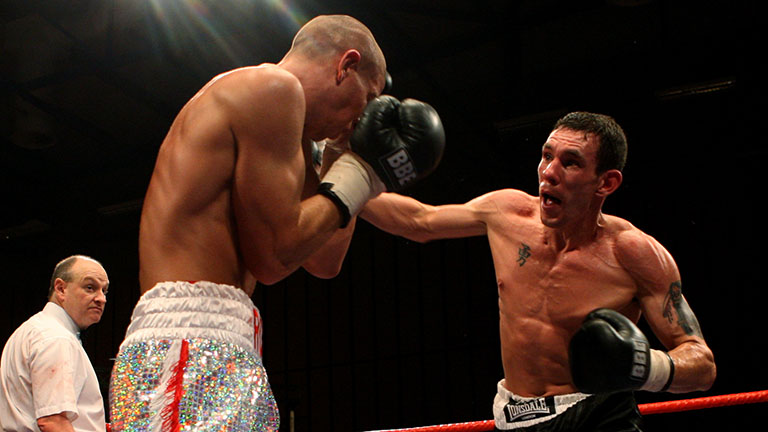 The revitalisation of Waterloo ABC features in this week's EBA newsletter

I WAS delighted to receive an email from Matt Gale of South Cerney, Gloucestershire, who describes himself as an “avid reader” of BN. Matt says: “I’ve never boxed but have been a huge fan since as long as I can remember, and grew up on the likes of Nigel Benn, Steve Collins, Frank Bruno and Naseem Hamed, to name a few. I love keeping up to date on the EBA meetings up and down the country from your column, and I want to make an active effort to try and attend some in my local area if that is possible/allowed?”

It’s certainly allowed, Matt, and any EBA would welcome you. I can’t stress this enough – you don’t have to have boxed to join an Ex-Boxers’ Association. You just have to love the game. The trouble is, I don’t know of an EBA in your area. I know some have folded over the years, which is a shame, but without support no organisation can keep going. That said, not every EBA contacts me – some prefer to keep themselves to themselves, which of course is their privilege. For instance, recently, London EBA President Stephen Powell attended late member Jack Hudson’s funeral in Sheffield – and announced that there was a good turn-out from Sheffield EBA members. I’m afraid I didn’t know Sheffield had an EBA. But I wish you well, Sheffield, and hope you get good attendances at your meetings – and if you ever have an event you’d like publicised, do let me know. Similarly, if one of your members passes away, that’s something I can put in the column – his old opponents would be interested. And if there’s an EBA based within a reasonable distance from South Cerney, I’d be grateful if someone could give me the details, and I’ll pass them on. You’ve got the chance of an enthusiastic new member! The West Country has always had a strong boxing tradition – Bristol was a major venue in the bare-knuckle days – and I’d be sorry if there were no EBA presence any more.

I keep saying this, but it’s vital that EBAs support today’s scene – and are seen to do so. That way they reach out and show they are not just about reminiscing about the past. Most EBAs do this – and I was very pleased to get the latest issue of Mug’s Alley (newsletter of the Merseyside Former Boxers’ Association), where the lead story is the re-opening of the famous Waterloo ABC after many years. The man behind the venture is former club-member Shaun Farmer [pictured above], who boxed professionally at super-welterweight between 2006 and 2009. “It’s all about getting kids off the street and giving them some purpose,” Shaun says, and he’s so right. It’s fashionable to knock boxing in some quarters, but people outside the game don’t realise how much good it does.

Also in the newsletter is a reproduction of a handbill of an amateur tournament promoted by Litherland ABC at Liverpool Stadium on October 2, 1958. I recognised several names who later turned pro – most prominent being Howard Winstone, then a bantamweight, who as a professional won British, European and world (WBC) honours at feather. Others were Phil Lundgren – later Southern Area lightweight champion, Board of Control inspector and London EBA member – Ray Shiel and London twins Dave and Johnny Ould. Dave and Ray would clash twice as pros, with Dave winning both. Johnny inflicted the first pro defeat on Jimmy Tibbs, later to achieve major success as a trainer. Johnny took a narrow points win at the Albert Hall in January 1967 – topping the bill, the aforementioned Winstone outscored useful American Richie Sue.

The funeral of former Kent EBA President Harry Doherty takes place at 1pm on Friday August 9 at the Garden of England Crematorium at Bobbing, near Sittingbourne. I’ve no doubt there’ll be a good turn-out from the boxing fraternity – he was well liked and respected.