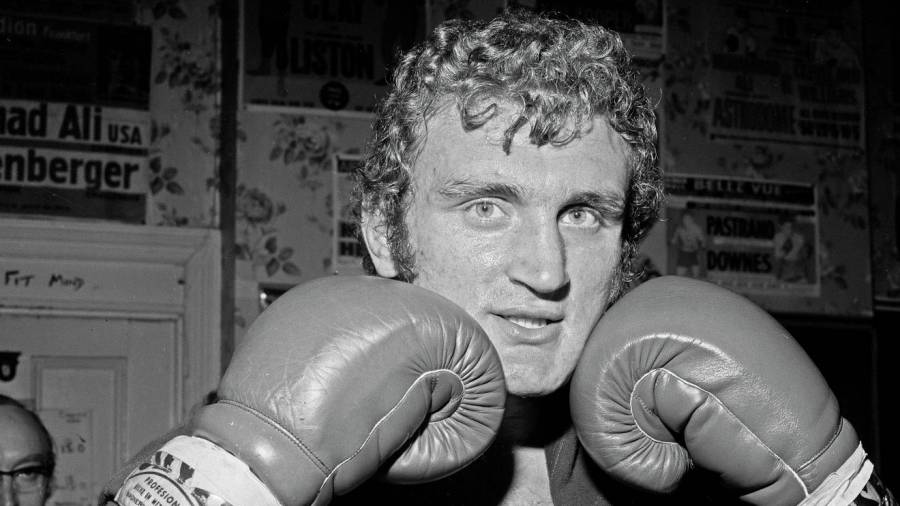 The tales of Joe Bugner and co are cruel but irresistible chunks of boxing folklore, writes Steve Bunce

THERE has to be a bit of truth, a few lies, excess, invention, delusion and suffering in any good boxing story. The history of the men and women that travelled on mules, camels, in trucks, swam, walked across mountains in snow, risked it in sinking dinghies, had fake passports and finally landed in a British ring is long and complicated. Joe Bugner was smuggled out of Hungary, through three-feet of snow on his mother’s back. Actually, that’s almost true.

They escaped the Taliban, the Soviets, the bombs, the noose, heartless traffickers, deranged lunatics with machetes and found their way to Swindon, Lewisham and Sunderland. And then they found a gym, recovered their gumshield from a tiny pile of possessions and started to fight for a living. Boxing gives the homeless, the stateless and the clueless a home.

Thomas Essomba simply slipped away from the Olympic Village in London; Essomba feared for his life back in Cameroon and applied for political asylum after vanishing into the east-London night. He was not alone; a lot of athletes disappear at every Olympics. It is part of the reason the Cuban delegation is so heavily policed by men in tracksuits – men who never do anything in the gym but stare at foreigners. At the Atlanta Olympics, the “special” Cuban track-suited coaches were armed. At a press conference to celebrate Joel Casamayor’s defection there was a scuffle and a gun fell from a pocket and landed six-feet in front of me. That’s a press conference that Del Boy Chisora would have loved.

Essomba went from Stratford to Sunderland, turned professional, struggled, won, lost, had nothing a few times, went to Manchester and now, nine years later, lives in Wolverhampton. That’s the neat summary, the awful days and nights of uncertainty, hunger and cold will never be forgotten. “I had to struggle and have faith,” Essomba said. “It was hard and I had so many setbacks.” Still, he is alive.

He now has dual citizenship and can fight for the British title. He has been helping Sunny Edwards prepare for his world title fight. The pair, having fought 12 rounds last summer, have now done 69 rounds of sparring in nine visits to Grant Smith’s gym in Sheffield. Essomba knew how to survive.

Ajmal Faizy got out of Afghanistan days before his death. He had seen his father butchered by the Taliban. The Taliban arrived at the family farm and demanded that Ajmal’s father, Abdul Salam, hand it over. He refused, they beat him, hanged him upside down and left him on display; he died. They beat Ajmal, scarred him and promised to return and kill him. Somehow, Ajmal’s mother managed to get her beloved son on a plane to Dubai. He then landed in Manchester and finished in Darwen, near Blackburn.

He found a gym, found the ring and fought 10 times, winning seven before his last fight in 2017. The old injuries helped end his career. He has a chicken shop now. He also survived.

Kosovo Tony left his village under the cover of dark and gathered under the stars in the shadow of a moonlit mountain on the Macedonia border. He waited in ditches, was smuggled in chicken trucks, vans, carts and on foot at midnight crossings. He was escaping for a better life and spent several months making his way across a dozen countries in Europe until he reached Yorkshire. He left behind a lot of bloodshed. His real name is Elton Gashi, an ethnic Albanian from Kosovo, a trafficked human.

He became Tony Montana, another classic name given to a fighter by Brendan Ingle. Montana lost five of six as an amateur, then had 43 fights and won 15 as a pro, part of Ingle’s international brigade. He survived.

Big Joe Bugner took a bus with his mother one night in 1956, leaving his village in Hungary and getting off opposite a forest. They walked away from the road, under the trees, dodging Russian patrols, eating bread and wandering in a dangerous no-man’s land between Hungary and what was then, Yugoslavia. They avoided armed Russians hiding behind trees, bandits and walked under the stars until two soldiers stopped them; they had made it to Yugoslavia. I love that story and Joe tells it well. Joe went to a refugee camp and then was heading to Argentina; that was just too far to travel. His mother boarded the first of many packed trains and then a ferry and then a final train; two years after getting off that bus, two years of travelling on an unknown road, they reached London. Joe was eight and he survived.

Ramla Ali’s brother was killed by a mortar in the Somali civil war. An innocent boy of 12. Ramla and her family left Somalia, took a boat with the wretched and damned, a ghost vessel of desperation, and travelled to Kenya. Many on the boat never made it. Ramla and her family made it to Dubai and then the east end of London. That was hell, make no mistake, for a little “overweight” girl from Somalia. You know the bullies said fat.

She battled; she found the ring. She is unbeaten as a pro now and committed to doing good; she models one coat, she gets stick, she visits a refugee camp in Jordan and she gets nothing. She also survived.

Monek Prager had 46 fights, won 33 and when he stopped boxing, he worked with dozens of world champions. He is better known as Mickey Duff and he was just nine when he arrived in London. Duff is British boxing’s greatest mind. In the summer of 1938, Duff took several trains, over many long days, from Poland to the port of Danzig and then an eight-day journey by boat to Docklands. “We beat World War II, and almost certain extermination, by a year.” Duff survived; he was one of boxing’s great survivors.

And, like Joe, AJ Faizy, Essomba, Ramla and Tony Montana, he never forgot the journey and sacrifice and people left behind.

It’s a rich tapestry, our boxing business. It takes all sorts; it accepts all sorts.