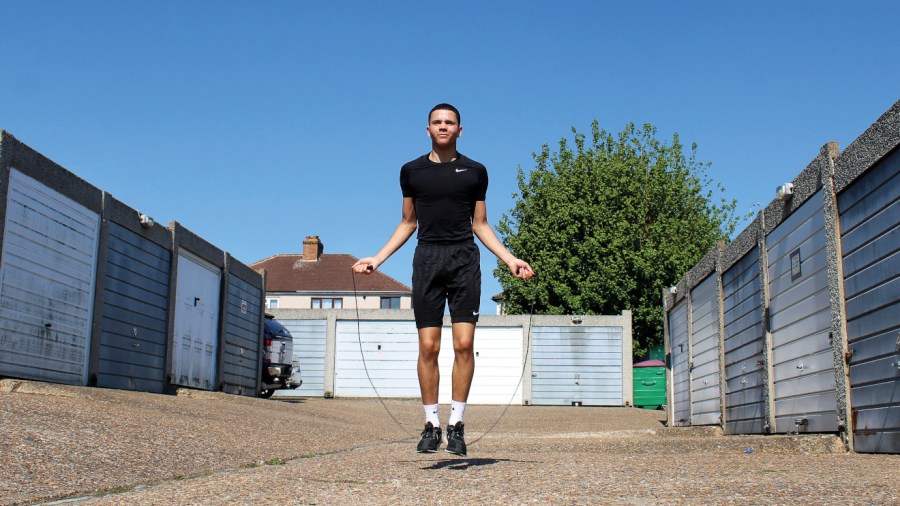 The most urgent challenge for the sport is the threat to amateur boxing clubs, writes John Dennen. He speaks to England Boxing chief exec Gethin Jenkins

THE top end of boxing is making a tentative return. Events, without a crowd, have begun in America (see here). The UK is expected to follow suit by the end of next month. In Britain professional boxers and, in a limited way, the Olympic squad have been permitted to train. But for boxing’s continued success as a whole, the sport must have a secure foundation. Its amateur clubs must get through this crisis. They form the essential fabric of the sport but face a host of problems. Amateur gyms remain closed and, due to the coronavirus pandemic, over the coming months, maybe even years, they will continue to contend with long-term risks. It is however vital that they survive.

Professional, Olympic and international boxing, all rely on the amateur system. Not only that but clubs across the country are crucial to their communities. “This sport in general and what it does day in, day out in terms of the activity and support it offers in its local communities is phenomenal,” Gethin Jenkins, the chief executive of England Boxing told Boxing News. “What is normal in the boxing environment (we try to highlight more and more of it), that is not normal for what other sports do. Boxing is almost unique in that regard of the activity, of where it takes place and what takes place and the support it offers… That has been awe inspiring and phenomenal.

“40% of our clubs are in the lowest 20% areas of deprivation in the country. [Boxing] is important as a sport but it’s also important in what it does for the community. And I think to an extent that has been demonstrated in this pandemic through all the examples of the activity and the resourcefulness of the clubs in how they’ve adapted to go and help others, when they’re shut down and have got problems and issues themselves.”

Those problems are clear. At present clubs have lost all their revenue from people training in the gyms and from hosting events themselves. The primary issues that England Boxing has been addressing initially are providing financial support for clubs, particularly through advice and guidance, as well as how clubs can maintain connection with their members, through promoting physical activity online, and mental health support. “Obviously the scale of what we’re doing, it’s at government level. So through our club support officers we’ve been trying to contact all the clubs, making sure they’re aware of the money that’s available through rebates and grants. The clubs have done brilliantly and we’ve supported with this Knock Out Covid 19 campaign and raised £130,000. That’s clubs taking ownership of their own problems and trying to address that and looking for other grants. The Sport England emergency fund grant has been significant in that contribution as well,” Jenkins [pictured below] said. “We estimate it’s roundabout £3 million that’s been brought in and club support officers have been great. We’d encourage if the clubs haven’t contacted them and they think they need help, get on the phone to them. That’s what they’re there for.

“We’ve delayed the start of the new season, it’s clear that clubs won’t have any cash coming in now and it’s clear that the priority is spending it on their survival and we’ve halved the membership fees for next year straightaway. That’s our small contribution to try and mitigate it. But that doesn’t address the here and now and that’s why our focus has been on, as I say, the Sport England support, the government support and the clubs taking ownership of the KO Covid funding campaign, which has been successful and has been recognised by other sports as well.”

Amateur boxers are being held back while they can’t do padwork, contact training, sparring or compete. England Boxing have to take their lead from the government for the pathway back to reopening gyms and bringing back different types of training. The next announcement is expected on July 4.

Screening, testing and distancing may well not be as practical for amateur clubs as it is for pro gyms. “My understanding is the tests are expensive, you’d have to do them regularly and also in a gym of pros you probably wouldn’t have that many in there, whereas if you think of a boxing club’s youngsters class, there’s probably going to be quite a lot more there in a confined space. When you’ve got to start providing two metre gaps in every direction, then that’s going to be a challenge. That’s what we’re going to work through and that’s why I think, as and when it is permitted, being outside may be the best option for the re-emergence of the clubs and the sport,” Jenkins reflected. “We make representation through our governing bodies, through Sport England and the Recreation Alliance to DCMS and we keep pushing for more information and for changes as well because we realise people are keen to get back as quickly as possible. If it’s a minor silver lining, it’s the recognition of how important the sport is in general and how important boxing activity is.”

“We’ve got to make sure it’s safe to do so. We don’t want to put our members at risk,” he adds. “Also if it’s not safe, people won’t want to return… That’s why it’s key that we do this properly and at the right time.”

Events with crowds won’t be able to come back any time soon. “I think that’s a lot further away,” Jenkins said. “We’ve rescheduled from September onwards [for championships] and at this stage it’s purely too early to say… We’ve bought time but we are dependent on government on what is and isn’t permitted.

“But until we know the parameters of where and when and what we can do then it’s just too early to say [when competition can start]. But we remain hopeful that it takes place this year.”

Even as clubs address the first impacts of this funding emergency, a longer campaign stretches ahead of them in order to weather this crisis. It’s something the sport though, at every level, must support.