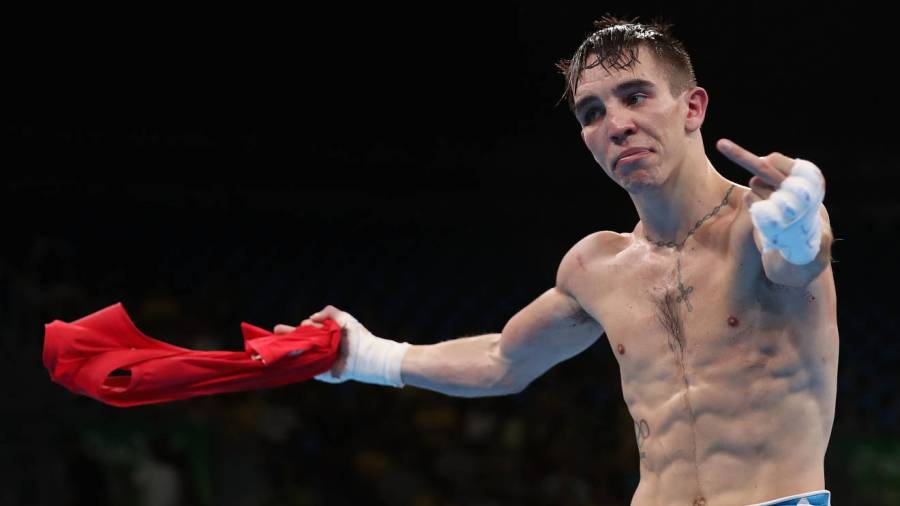 Richard McLaren delivers a shocking, but not surprising, report into corruption at AIBA before and during the Olympic boxing tournament at Rio 2016

CORRUPTION and manipulation marred the boxing tournament at Rio 2016, as well the events leading up to that competition. We knew something was rotten in AIBA but the first report from investigator Professor Richard McLaren makes for stark reading nevertheless. It delves into how a cabal of referees, judges and senior officials sought to rig close bouts in favour of certain outcomes.

McLaren was appointed by AIBA to conduct an independent investigation into the claims of historic corruption that have plagued the organisation. His 150 page reports confirms widespread suspicions but goes further, naming names and pinning responsibility particularly on former president Dr. Ching Kuo Wu, former executive director Karim Bouzidi, the group of seven ‘five-star’ referees and judges and other officials.

The roots of this scheme date back over the years preceding the tournament in Brazil. Although there was a structure that should, in theory, have created a system for fair judging in Olympic boxing, it was overridden by influential personnel pursuing their own agendas. The report concludes that the qualifying competitions along the route to participation in the Olympic Games in 2016 were the practise ground for the corruption and manipulation of bouts at the Rio Olympics. At the qualifiers the “manipulation methodology was fine-tuned” in anticipation of use Rio. But there were also issues of serious concern emanating from the London 2012 cycle.

McClaren’s team believe bouts were manipulated for money, or for a perceived benefit to AIBA, or to reward federations and their Olympic committees for their financial support and political backing. Their investigation to date has concluded that such manipulation involved significant six figure sums on occasion.

The report alleges that the five-star referees and judges, a group of seven professional officials assembled supposedly to ensure high calibre refereeing and judging, were at the heart of the connivance behind the scenes at the Olympics in Brazil. Those chosen seven were Mik Basi of England, Michael Gallagher of Ireland, Argentina’s Gerardo Poggi, Kazakhstan’s Rakhymzhan Rysbayev, Russia’s Vladislav Malyshev, Kheira Sidi Yakoub of Algeria and Poland’s Mariusz Gorny. McClaren’s investigation claims they manipulated bouts themselves and influenced other referees and judges. It’s a sad irony that Mik Basi took the Olympic oath on behalf of officials at the 2012 Summer Games in London. He received an MBE in 2019.

Claims surfaced that judges began using signals within the field of play as to who the preferred winner would be and later felt emboldened to issue direct instructions. The McLaren report alleges “a shadow institutional organization within AIBA which executed the requests of either the Executive Director [Bouzidi] or the President [Wu]” existed. According to the report, the appointment of Stela Stoyanova and Mohammad Moustahsane to the Draw Commission for Rio 2016 raised the possibility of being able to manipulate the referee and judge bout allocations. Moustahsane later advanced to become the interim President of AIBA himself.

A number of bouts at Rio 2016 are suspected of being manipulated, including the now notorious contests that saw Russia’s Evgeny Tishchenko get a decision over Vassiliy Levit in the 91kgs final, Joe Joyce’s super-heavyweight final loss to France’s Tony Yoka and Russia’s Vladimir Nikitin’s quarter-final win over Ireland’s Michael Conlan.

“It’s sad to see corruption in any sport but particularly in boxing – the sport I love. I firmly believe that I was the winner of the match with Tony Yoka and deserved the gold medal. But on the day I did not get that decision and at the time I accepted that. I have scanned the McLaren report and have read that there was corruption in AIBA,” Joyce stated. “If corruption has taken place and it appears that it has, I trust AIBA and the IOC will ensure the integrity of the sport is upheld and award me the gold medal. I will be considering the report in detail with my legal team and await the decision of AIBA and the IOC. Corruption should never be allowed to succeed.”

Michael Conlan’s representatives are also looking for the corruption of amateur boxing officials to be reported to the relevant legal authorities for criminal investigation.

“Professor McLaren and his team have identified a system for manipulating the results of bouts at the Rio 2016 boxing tournament. I am determined to ensure that boxers receive a fair fight. This determination is demonstrated by AIBA’s clear commitment to uncovering the truth and acting on it,” said current AIBA President Umar Kremlev. “We must now carefully examine the report and see what steps are needed to ensure justice. What is important is that we make sure the mechanisms are in place to show that results are above suspicion.”

Boxing emerged from this year’s Olympic Games with its reputation unscathed. But it’s notable that AIBA was suspended from the Tokyo Games, with an IOC Task Force brought in to administer the boxing event.

The upcoming World championships in Serbia, with a new element of generous prizemoney for medal winners being brought in as well for the first time, will be scrutinised for fair judging. The sport remains in a precarious position. Only in September the IOC warned again that it was concerned with AIBA’s governance. There are no guarantees that the IOC will keep their Task Force in place for Paris 2024 or even keep the sport in the Olympic programme. Boxing’s place as an Olympic sport remains under threat and under scrutiny.