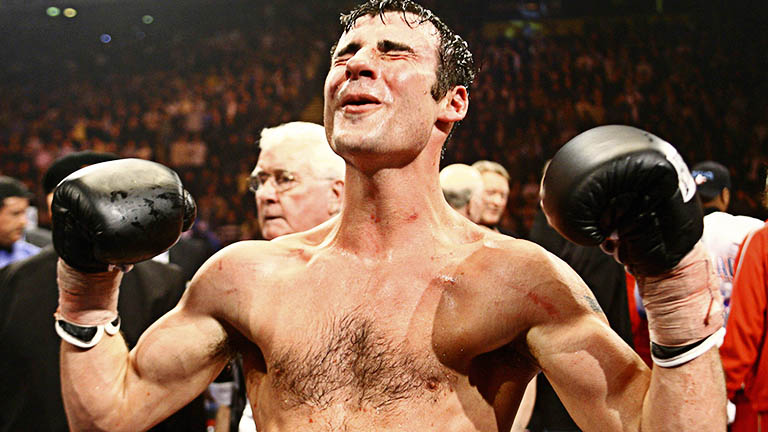 We ask an expert panel the key questions this week

Which retired boxer had the most satisfying final fight and why?

Wayne Alexander
Ex-European champion
I would say the retired boxer that had the most satisfying final fight is Joe Calzaghe, because he went out as one of the world’s best pound-for-pound fighters, with over 20 world title victories to his name, and capped off his career by beating one of the best fighters of the modern era and an all-time great in Roy Jones Jnr.

Declan Taylor
Boxing journalist
I’m not sure many can top Carl Froch knocking out George Groves at Wembley Stadium. Froch had really built up a hatred of Groves throughout the promotion of their two fights so drawing a line under the whole thing in such dramatic fashion on such a huge occasion makes it really stand out. Still can’t believe Froch was never tempted back but what a way to go.

Mickey Helliet
Promoter/manager
Rocky Marciano knocking out the ageless Archie Moore has to be up there because he fought a legend in a competitive fight before retiring undefeated. Also, Floyd Mayweather must have felt extremely satisfied when picking up a whopping payday for his walk in the park against Conor McGregor.

Gary Logan
Respected trainer
Not many go out at the top, so it has to be Joe Calzaghe and his superb 46-0 record, particularly as the man he’d desperately wanted to fight his whole career was in the opposite corner in Roy Jones Jnr. The fight may not have been a classic but Joe overcoming a first-round knockdown to dominate an all-time great in his final fight has to be so satisfying.

Who is your favourite African-born fighter and why?

Wayne Alexander
My favourite would have to be Azumah Nelson. I liked his style of fighting which was all action and aggression with some power to match. Also, the way he came back from his early defeat to the late, great Salvador Sanchez in only his 14th fight to then dominate the featherweight division showed his character and warrior spirit.

Declan Taylor
Certainly not the most talented boxer to come from the continent but I always had a soft spot for Corrie Sanders. When I was a kid, he seemed to be chinning someone every other week before that win over Wladimir Klitschko. One of the biggest punching heavyweights of his era and a southpaw to boot. What’s not to like?

Mickey Helliet
My favourite African fighter is Azumah Nelson. He overcame so much adversity to become a pound-for-pound great. He was seemingly always the away fighter and took on all-comers, destroying many of them. His fights against Jeff Fenech were works of art.

Gary Logan
Azumah Nelson, no doubt. He established himself as a world force with his superb but ultimately unsuccessful attempt to take Mexican great Salvador Sanchez’s world crown and then his near dominance as a 126lb and 130lb world champ, with thrilling performances over Wilfredo Gomez and Jeff Fenech, made him Africa’s greatest fighter.