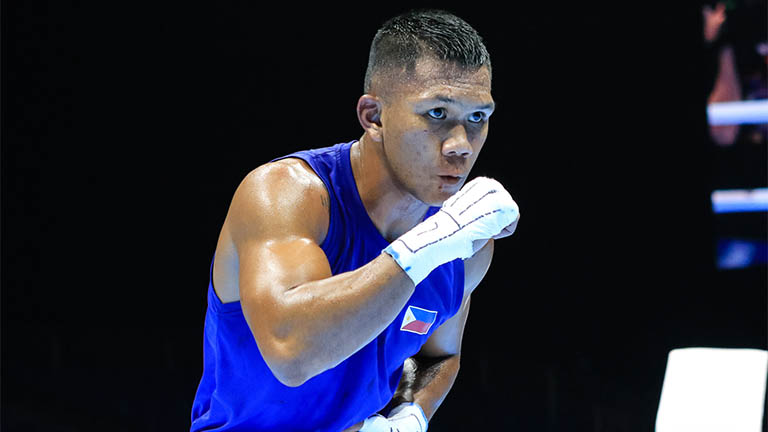 Some excellent boxers come through the Asian & Oceania qualification event in Jordan to book their places at Tokyo 2020, writes John Dennen

SOME of the world’s finest boxers secured their places at the Asian and Oceanian Olympic Qualification Event, which finished in Amman, Jordan on March 11. This is the competition that was delayed a month after originally being scheduled to take place in Wuhan, China for February until the coronavirus outbreak took hold of that city.

Ultimately 63 quota places for the next Olympics were decided at this tournament. Athletes from 17 countries overall won spots at Tokyo 2020, with Kazakhstan and India scooping the most, getting boxers through in nine of the 13 weight categories. Home country Jordan even managed to qualify five.

There are some outstanding athletes set to become Olympians at Tokyo 2020. The Filipino 75kgs Eumir Marcial scored an impressive result in the middleweight final when he beat Kazakhstan’s excellent Abilkhan Amankul on a split decision.

“I’m so very happy,” Marcial told the Olympic Channel. “My team mates, my coaches, they know my struggles, my trials but I got a gold medal so thank you so much.”

“The scoring system is fair,” he added. “I’m happy to see everything’s very fair, not like before.

“I’m very happy I defended my ranking as number one here in this tournament, so thank you very much to all my Filipino fans for all they’re prayers, all their support. I want to say thank you so much to my coaches, my team mates and to my family.”

Uzbekistan have some truly ferocious warriors. Featherweight World champion Mirazizbek Mirzakhalilov stormed through the tournament. He beat home town boxer Mohammad Alwadi in the 57kgs final. He also overcame Kazakhstan’s Serik Temirzhanov in the semi-final and in the quarter-final subjected Rex Tso, a pro from Hong Kong who has returned to Olympic boxing, to a hard defeat.

There are other Uzbeks to admire too. At 63kgs Elnur Abduraimov beat Kazakhstan’s Zakir Safiullin in their final, coming through on a split decision.

Bakhodir Jalolov has had a few professional bouts but remains closely involved with the Uzbek national set up. In the super-heavyweight final in Jordan he secured a clear unanimous decision over Australia’s Justis Huni.

India’s legendary Mery Kom, the winner of a record number of World championships, remarkably secured her own Olympic qualification. She booked her flight Tokyo with a quarter-final victory over Irish Magno, beating the Philippines’ flyweight on a unanimous decision. She did then lose to China’s eventual gold medallist Yuan Chang on split decision. But her place at another Olympics is secure.

“I worked so hard,” Kom told the Olympic Channel. “I took on many challenges. People were speaking negative I took a challenge so one day I will definitely show you who I am.”

Chang edged out Japan’s Tsukimi Namiki on a split decision in the final. “I asked my coaches after the first two rounds what the score was, and when I realised that I was losing I told them that I wanted to be more aggressive, because in the first two rounds I was very technical,” Chang said. “My objective for Tokyo is to be on top of the podium, to hear my anthem and see my flag waving.”

In the men’s flyweight division Jianguan Hu won the final in just 59 seconds when he stopped Thailand’s Thitisan Panmot. “This is the first time that I’ve knocked-out an opponent,” Hu said. “I hope he is alright. I came here to achieve a target and I’m very happy to leave as the winner of this tournament.”