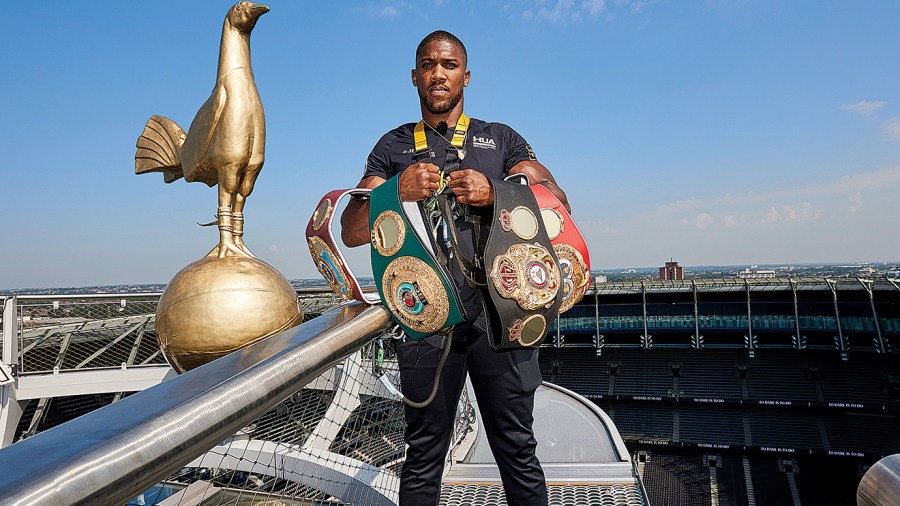 In this week's media review, Matt Christie takes a look at the cost of Anthony Joshua vs. Oleksandr Usyk, pays tribute to DAZN commentator Mike Costello, and celebrates a step in the right direction for the WBA

THE perennial pay-per-view debate was reignited with the news – via Eddie Hearn on IFL – that the upcoming Anthony Joshua-Oleksandr Usyk showdown will likely cost punters £24.95, the same price as the British heavyweight’s last two encounters against Andy Ruiz (December 2019) and Kubrat Pulev (December 2020).

It can be argued, on this occasion, that the cost is fair. Granted, it isn’t Tyson Fury in the opposite corner but Usyk is surely the next best thing. It’s by far the best heavyweight matchup of the year and one that even the most cynical of fans will struggle to find fault with.

But one must point to punters being fed different stories and mixed messages in the pay-per-view saga as a reason for the unrest. The £5 increase for the Joshua-Ruiz rematch was explained by that bout being one of the most eagerly awaited of the year and, though it didn’t deliver the thrills many hoped for, it was indeed one that everyone looked forward to beforehand. There was some suggestion that, for bouts that were not quite of that standard, the cost would return to £19.95. Hearn told Boxing News last year, while in the midst of lockdown, that the cost of a Joshua box office event – unless Fury was the opponent – would return to a little under 20 quid. Then came the announcement that Joshua-Pulev would actually stay at five pounds over 20 quid, with the lack of ticket-buying fans (only 1,000 attended compared to the usual 80,000+) put forth as justification.

But there will of course be crowds at Tottenham Hotspur Stadium. And the undercard is not brilliant (Lawrence Okolie versus his little-known WBO mandatory, the otherwise unranked Dilan Prasovic, Callum Smith-Lenin Castillo, Maxim Prodan-Florian Marku, Christopher Ousley-Khasan Baysangurov, Campbell Hatton-Izan Dura).

However, though I understand why boxing fans are annoyed with the presence of PPV, the main event alone justifies the extra cost in a marketplace where Joshua is a proven Box Office attraction.

A more interesting discussion surrounds the hike in the monthly cost of DAZN, which is set to rise from the unsustainable £1.99 to £7.99 in the UK and Ireland, days before Mauricio Lara and Josh Warrington collide in their rematch. New customers will have to pay the new rate from August 31, with existing subscribers moved to that price between September 30 and November 6. There is a promise of ‘32+ Fight Nights’ annually. The proof of value will of course be in those events. We wait with interest.

IT was heartening to hear Mike Costello being given the This Is Your Life-style treatment as his long-standing career with the BBC, at least as a staffer, came to an end last week. The hour-long special can now be found as a podcast on BBC Sounds.

As an ambitious teenager who achieved his dreams after starting out as a filing clerk in the BBC’s accounts department, his story is an inspiration. Costello recently moved into television commentary, illustrating that even in 2021 it takes more than plastering your every waking move all over social media to reach the top.

“How lucky have I been?” Costello said after listening to clips of his commentary in boxing and athletics. “If you’d have told the young lad of 16, who got on the 53 bus from the Old Kent Road in South London up to Oxford Circus and Broadcasting House, that he would go on to watch that kind of sporting feat being accomplished by so many great names, I think he’d have thought you were speaking in a foreign language. I’ve been truly blessed.”

Costello repeatedly insists he has been lucky but anyone familiar with his work will know his career was built on hard graft, high standards and unwavering integrity. Yet it is Mike’s genuine humility that makes him so easy to like. We hear from some esteemed voices that underline the respect Costello’s work ethic generates while Mike’s own memories of his career, of the early mistakes he made and the lessons they taught him, offer both invaluable insight and good humour.

“I do remember my first morning [as a commentator] and it was the heats of the men’s 400 metres [at the 1995 World Championships in Gothenburg]. Michael Johnson was running… I commentated as if he was winning the World Championships, the Derby and the Grand National all in one. It was just the first round heat! I could see other commentators turning around and looking at me. The producer said, ‘Calm down, Mike. Where are you going to go when he gets to the finals?’”

Elsewhere in the world of boxing commentary, Carl Frampton announced that he has signed a long-term deal with BT Sport as an analyst. This is an excellent acquisition for the channel and a nod to their ongoing commitment to the sport.

SEVERAL boxing news outlets reported on the WBA’s decision to scrap their ‘interim’ belts with immediate effect. In most cases, those holding interim baubles will see themselves installed as mandatory contenders and they will no longer be listed as ‘champions’ on their website. Those who hold ‘gold’ trinkets will also find themselves integrated into the rankings and demoted from prime position on the screen.

This has to be seen as a step in the right direction for the much-maligned organisation. But it is only a step, with the desired destination still many miles away. There are no plans to stop classifying both ‘regular’ and ‘super’ belt-holders so, in each weight class, there will still be at least two active championships.

The WBA promised, in 2016, to clean up their act. Nothing changed. Let’s hope that the organisation’s latest announcement amounts to more than merely tweaking the aesthetics of their rankings.