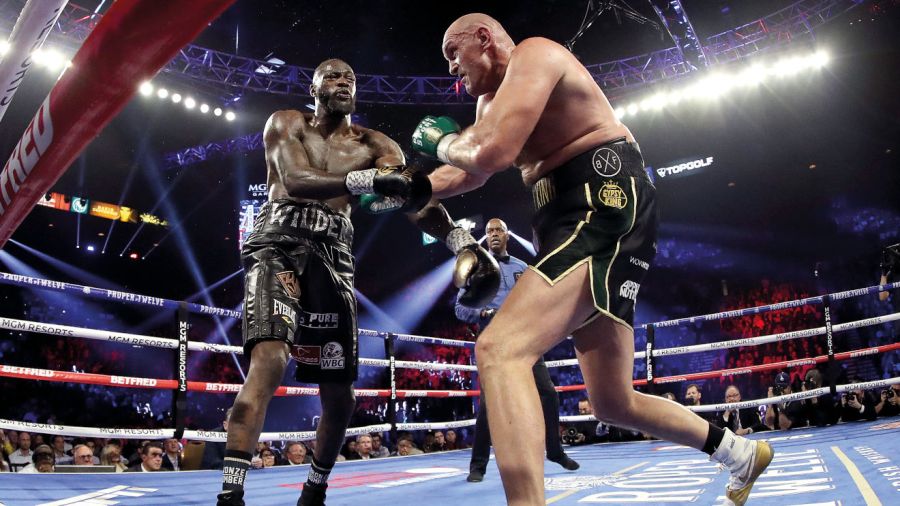 What makes Tyson Fury good? Tyson Fury is a fighter that has improved over time. But with that being said he has always been a great fighter, even in his early days he would seem to fight anyone no matter what their record was.

Here are the things that I think makes him the best heavyweight in the world and also a video I created that breaks down one of the small things he does that helps him have so much success.

1. His self-belief and mindset is as good as anyone’s in boxing history.

2. He has got the size advantage over most of his opponents, standing at 6’ 9″ with a massive reach.

3. He has great reactions, which makes him very hard to hit.

4. His head movement is as good as any heavyweight I’ve ever seen.

5. His footwork is brilliant. This is what gets him in range to land punches and also gets him out of danger.

6. His chin. Tyson has been whacked with some hard punches and yet has never been knocked out. Being a heavyweight and being hit hard from other heavyweights there’s always knockouts. But he has gone 31 fights without being knocked out.

7. His heart. For him to get up, continue and then draw (though I think he should have won) the fight from that knockout down in the first Deontay Wilder encounter shows us all he has a heart like a lion.

8. His boxing IQ. He seems to read fighters and knows exactly how the fight is going to go when he is in there with them. He’s a true student of the sport.

9. His feints. This is a thing he does to trick his opponents and is a huge asset in his arsenal, and this is what I break down on the video below. Check it out and you will see why he has lots of success in hitting and not being hit.

Is there anything that you think I’ve missed out from this list?  Let me know in the comments on the video.