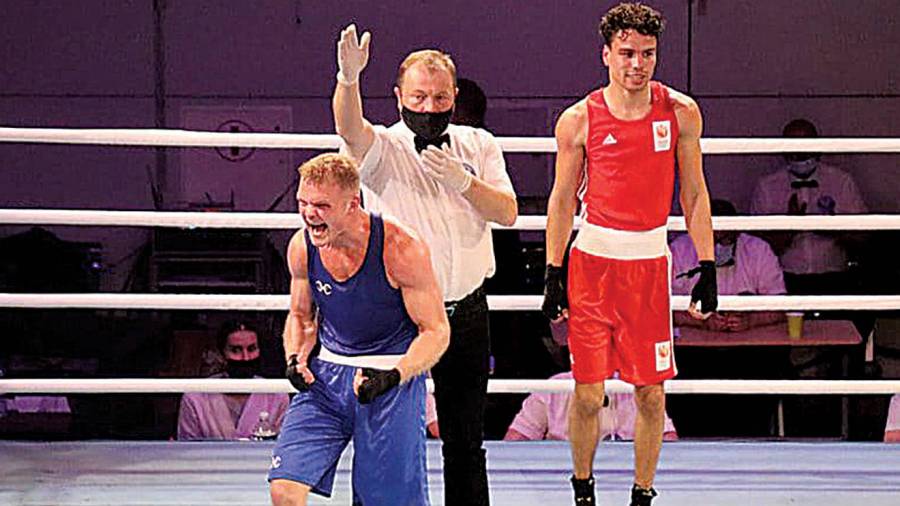 A promising squad of new British boxers impressed at the Socikas tournament that finished in Lithuania on May 15. GB had five boxers secure gold medals: Kiaran MacDonald at 52kgs, Calum French at 64kgs, Rosie Eccles at 69kgs, Conner Tudsbury at 81kgs and Scottish heavyweight Scott Forrest, all ones to watch for the next Olympic cycle.

Rosie Eccles’ triumph at the tournament was bittersweet. In her first bout she got revenge on the Russian boxer who had eliminated her from the Olympic qualification event in 2020, beating Saadat Dalgatova on a split decision. In the final she comfortably beat the host nation’s Augustina Markelionytevia.

Calum French returned to action for the first time in 18 months. “I know it was just a little tournament in Lithuania but it meant everything to us winning that. After 18 months out with the injury, with the Covid [situation], winning that tournament meant something to us,” French told Boxing News.

After getting his eye in against Lithuania’s Lukas Pusvaskis, winning unanimously, he outscored France’s Lounes Hamraoui by split decision in the semi-final. Then he took on seasoned international medallist Enrico Lacruz of Holland, outpointing him unanimously. “[Hamraoui] is a good kid, southpaw, he had good footwork, razor sharp jab. But once I started going through the gears with him he couldn’t go with us. Lacruz is Lacruz obviously, he’s always game. That was the third time I boxed him.”

“He’s experienced, he’s been in there with a few good fighters. He’s got good wins over [Lazaro] Alvarez. He’s got a few major medals to his name,” French continued. “He’s big, tall, strong and gangly. He’s awkward to fight against as well because he’s quite scrappy. You’d think with him being such a long-limbed kid he’d box at long range a lot but he gets in to fight a lot. He’s quite awkward to fight against. He probably hates me now. I’ve beat him three times.

“My reaction after I won the final, it was pure passion. It was an unbelievable feeling getting back amongst it. Getting back amongst the golds as well. When I first got on GB I was winning gold medal after gold medal and you don’t really realise how much you love winning them gold medals until you’re sat on that second tier or even the bronze medal. To get back on top of the podium was an unreal feeling.”