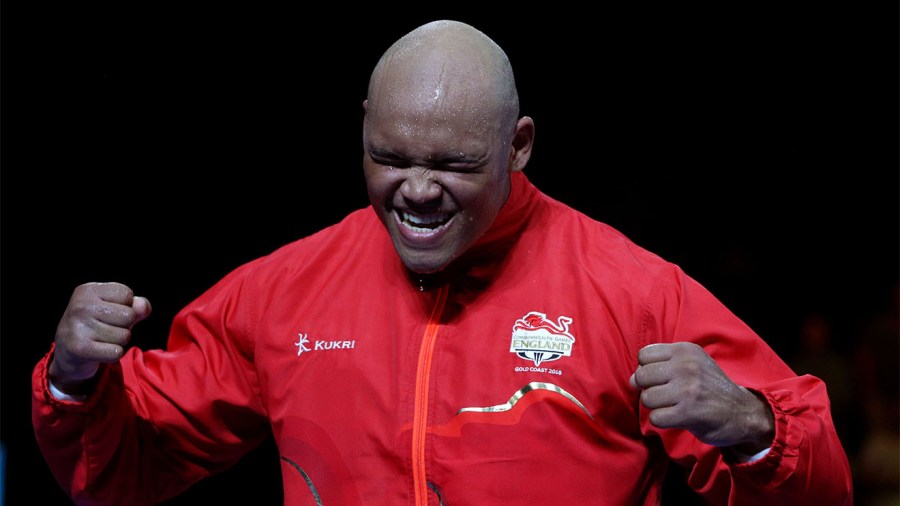 Boxing at the World championships starts Monday. John Dennen spoke to Frazer Clarke and the McCormack twins as they prepared to descend on Russia for the tournament

THE 2019 AIBA men’s World championships are set to begin in Ekaterinburg, Russia, running from September 8-21.

Given the upheaval in amateur boxing, with AIBA, the world governing body, being stripped of the right to administer the Olympic Games, this tournament will no longer be a qualification event for Tokyo 2020. It will however be the first major championship to take place at the new Olympic weight classes, with eight divisions rather than 10. Light-flyweight no longer exists. Bantamweight becomes featherweight, 57kgs. Lightweight will become 63kgs with the light-welter division also being expunged.

Great Britain, who can enter boxers from England, Scotland and Wales, will have a thirteen strong squad going. Cheavon Clarke (England) and Scott Forrest (Scotland) will be going at 91kgs, Sammy Lee (Wales) and Ben Whittaker (England) both at 81kgs, Sean Lazzerini (Scotland) and Mark Dickinson (England) at 75kgs. Former light-flyweights Aqeel Ahmed and Galal Yafai have both moved up to 52kgs and will go to Russia for Scotland and England respectively. Liverpool’s Peter McGrail gets his first tournament at the new 57kgs weight. Welshman Mickey McDonagh is moving up from 60kgs, while England’s Luke McCormack is shaving off a kilo to compete at 63kgs too. Luke’s twin Pat McCormack will be the sole GB representative at welterweight and Burton’s Frazer Clarke goes at super-heavyweight for GB.

The Worlds, especially in Russia, is as tough as it gets in amateur boxing. Only Britain’s very best win World medals but GB do have a strong squad going. Despite persistent judging controversies over recent years, hopes will be high for this team.

“The men did very well at the European Games however the World championships is another level up and probably the toughest assignment in the boxing calendar,” warned performance director Rob McCracken. “With just under a year to go until the 2020 Games this will be a really good test for the boxers and give us a clear indication of how they are progressing and what they need to work on as we look towards the start of the Olympic qualifying campaign next year.”

While the men’s team did have a stellar showing at the European Games in June, at 91&kgs Frazer Clarke, a medal prospect and the number two seed, suffered an upset in his first bout in Minsk, losing to Germany’s Nelvie Tiafack. Frazer is the longest serving member of the GB squad but, with less than a year to go before the Olympic Games, this will serve as a wake up call for him.

“I’ve changed up a lot of things, spent a lot more time in Sheffield, a lot more time with the coaches. I’m good I feel confident,” Frazer told Boxing News. “All the success that I’ve had, I might have got a bit comfortable. I went out there, not underestimating my opponent. I think I was comfortable in my approach.

“Really and truly I don’t think I did the groundwork and the work back in the gym to enable me to win the tournament. I got a bit careless. It’s not something I like to admit. I think I got comfortable and took my eye off the ball. I’ve been around a long time, I’d rather get that out the way now, make that mistake now than later.”

He insists, “All that time I’ve spent travelling around the world, I’ve got a year left to make it happen. The motivation really is back. I’m excited for the Worlds, I’m excited for after the Worlds and the build up to the qualifiers.”

“If you’re a boxing person and you know your amateur boxing, you know that the ones that get World medals that’s the top draw.“

One man with a weight of expectation on him to enter that exalted group is Pat McCormack. He has been the star of the GB side, especially so after winning gold at the European Games. “This will be my third Worlds, I’ve been to three Europeans. I know the game inside out now, the amateur game, I know what you need to do and I think that that will show in these World championships. Because you can’t buy experience,” Pat said. “I’m feeling a lot more relaxed than I used to, I used to be a bit tense, when I’m in the ring now I feel very relaxed in there. I think my way through bouts instead of trying to force my shots and try to hit hard and that. I think my way through the bouts and that comes through experience.”

Luke McCormack will be fighting alongside his brother and he has been performing well too. “I’m not where I want to be but I’m getting very, very close,” he said. “I’ve fallen short loads of times just by getting into a fight for no reason.

“I’ve got rid of that mist. I’m not really wanting to fight as much. [Well,] there’s still a little bit of red mist there but it’s getting better.”