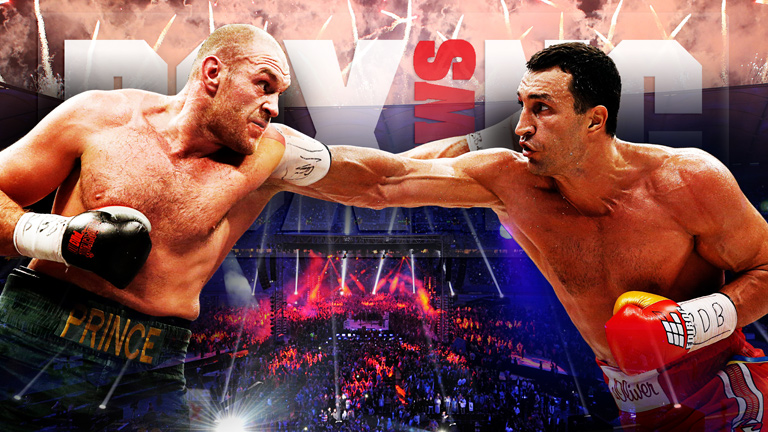 Swimming in alphabet soup? Matt Christie guides us through the land of the giants, heavyweight boxing

DON’T let the sanctioning bodies fool you, there is only one king here. Britain’s Tyson Fury’s win over Ukraine’s long-term leader Wladimir Klitschko was a true passing of the torch moment in the division’s history. His short-term future – besides fending off the ferocious British media – appears to be tied up in an immediate rematch with the ageing former champion. Win that, and a world of opportunity and riches opens up before him. Despite his recent coronation, his fluent yet unorthodox skills remain underrated, and the WBA Super and WBO champ, still only 27, should be made favourite over anyone.

WHAT does Wladimir Klitschko have left at 39? Logic would say not much, but plenty of fading stars have turned in one last great showing to cement legacies. Don’t bet against the studious Klitschko doing just that… Former WBA ‘regular’ champion Alexander Povetkin is arguably the most skilled in the division, carries hellacious power when in range, and even at 36, is a danger to all… Kubrat Pulev, 34, was made to look ordinary by Klitschko in 2013 yet the Bulgarian, though lacking worldwide appeal, would represent an excellent scalp for any names above him.

BRIT Anthony Joshua is arguably the most promising heavy starlet since the 1990s, yet the 26-year-old’s second-round stumble against Dillian Whyte proved he is not invincible… Like Joshua, New Zealand’s Joseph Parker is ranked highly by the governing bodies, carries serious power, and at 23, is improving rapidly… Despite his lofty family ties, Hughie Fury largely flies under the radar, but his skillset is admirable and the 21-year-old looks set for a big future… Swedish banger Adrian Granat, 24, is feasting on ageing names, and California’s 26-year-old Andy Ruiz’s nimble boxing belies his hearty frame.

THE division is loaded with fringe contenders clamouring for one last shot at the big time, and as a consequence, they remain dangerous. Philadelphia’s “Fast” Eddie Chambers is perhaps the most talented, and ambitious, but at 33 probably lacks the youth, and power, to be a factor… Californian Chris Arreola, 34, will soon be fed to a rising prospect, though his efforts could prove fun… Hard to forgive Philly’s 35-year-old Malik Scott for his farcical 2014 loss to Wilder, but his recent win over perennial contender and fellow American Tony Thompson, 44, allowed him to regain some relevance.

THOSE with longer memories would have raised their eyebrows when Ike Ibeabuchi – a true terror in his prime – announced his plans to return to the ring at the age of 42. The Nigerian has been out of the ring since 1999, and spent most of that time imprisoned… 35-year-old Brit David Haye has a far better chance of regaining his former standing, but success is not guaranteed after three-and-a-half years out… Injury-ravaged EBU champ Robert Helenius, 32, remains unbeaten, but the Finn has a long way to go to fulfil early promise.

THE Sauerlands have two faltering British big men they retain hope for: Finchley’s Dereck Chisora, 32, has won four since he was trounced by Fury in their 2014 rematch (made almost respectable by Tyson’s rise to the top), and can be a factor at European level at least; Liverpool’s David Price’s future is less secure but news that Erkan Teper was doping before knocking him cold last year offers the heavy-handed 32-year-old a route back… Let’s not forget Brixton’s Dillian Whyte, 27, who proved against Joshua he has the potential, if managed correctly, to join his conqueror on the world scene.

BROOKLYN’S Shannon Briggs, 44, has been trying to goad a lucrative opponent into a contest for years – his latest target is Fury after Wilder and Klitschko ignored him – but has done nothing, bar the odd entertaining social media post, worthy of attention… A professional since 1986, hammered by Tony Tucker, Michael Moorer, and Frans Botha in the 90s, and coming in at over 300lbs, Arizona-born 51-year-old “Bronco” Billy Wright has somehow secured a top 20 ranking with the WBC. If boxing wasn’t such a dangerous sport, his presence would be laughable.