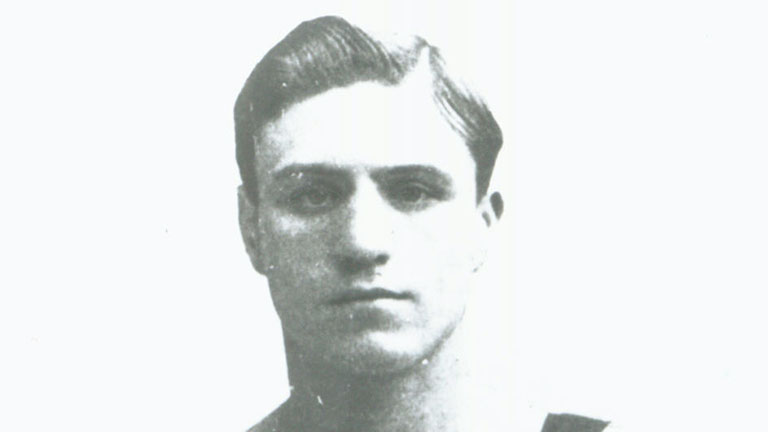 BY any standards his short life was unspeakably hard. The story goes that when George “Digger” Stanley was a boy his father sold him to a boxing-booth owner for a gold sovereign and a pint of beer. He was aged somewhere between 12 and 15. But no one, not even Digger himself, knew his exact age or, for that matter, where he was born. His birthplace was sometimes given as Kingston-on-Thames, but other times as Norwich, Lincoln or Reading. Stanley was a Traveller (or ‘gypsy’) and could not read or write. At the height of his fame, he wore a magnificent gold watch, but he had to ask others to tell him the time. His boxing literacy, though, was never in doubt.

He learnt his trade on a travelling boxing booth under Billy Le Neve, the booth owner his father supposedly sold him to. Tackling men of all weights and sizes, Digger not only learnt how to box but how to employ the game’s darker arts.

“He could break more rules, more artfully, than almost any other boxer of the past few decades,” said his BN obituary, but he was also “a superlatively clever boxer and ring strategist.”

With uncanny skill, speed and a hard punch in each hand, Stanley became the star of Le Neve’s booth. Whilst with the booth, he was tutored by Le Neve’s famous relative, the former English champ Jem Mace.

The earliest of Digger’s traceable bouts were in the late 1890s. In his early years, he built a formidable record comprised mostly of wins, beating such notables as Owen Moran, Jim Kenrick and ex-world champion George Dixon. Stanley also laid unofficial claim to the British fly title.

In 1910, the National Sporting Club selected Stanley to face Salford’s Joe Bowker in a contest for the first bantamweight Lonsdale Belt. Digger by then was well in his 30s but claimed he was 27. He had given 27 as his age for several years and would continue to do so.

Stanley and Bowker met on October 17, the bout ending in the eighth with Joe counted out. Bowker’s corner claimed their man was fouled, but since a doctor’s examination found no evidence of foul play, Digger received the verdict.

This made him the first bantamweight Lonsdale Belt holder, and by virtue of the win he claimed the world crown as well. He had two no-decision bouts in America, was offered a lucrative string of fights there, but instead returned home.

Stanley made successful title defences against Johnny Condon, Ike Bradley and Alec Lafferty, but lost his world crown in France to Charles Ledoux in seven rounds. It was the only KO loss of Digger’s career and he claimed he’d been paid to take a ‘dive’. After losing and regaining his British crown against Bill Beynon, Stanley finally lost his title to Curley Walker, having won a Lonsdale Belt outright.

Digger’s final years were sad ones. Although he had earned some big purses, his penchant for gambling saw his ring money quickly slip through his fingers. By his late 30s, he had damaged hands and had shattered one of his thighs in a trotting-race accident, leaving one leg shorter than the other. He was no longer fit to fight but had little choice. He had a family to support and boxing was all he knew. Rather than be KO’d by younger, fitter men, Digger employed the roughhouse tricks he’d learnt on the booths. Consequently, the tail-end of his record is dotted with disqualifications.

Stanley died in poverty, in March 1919, seven months after his final fight following a long illness. His age at death was officially recorded as 42, but this was just an estimate.