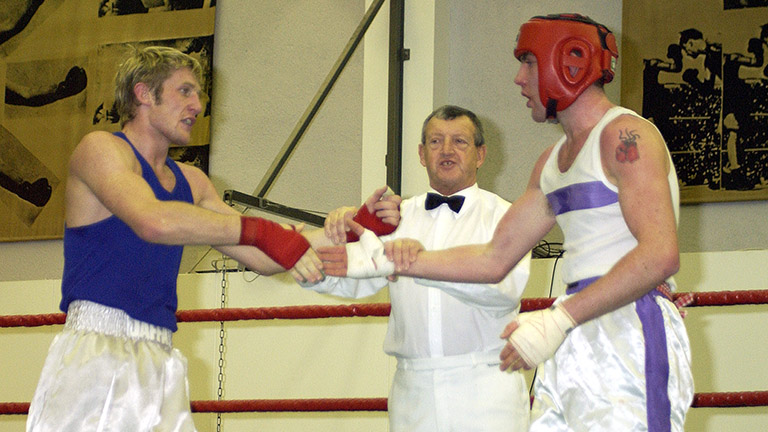 Injuries to his hands plagued Tony Jeffries throughout his whole career

I was 13 years old and had been boxing for three years. I was champion of England for my 63kgs weight category – yeah, I was a big kid and pretty mature for my age. One of the main reasons I had success at that age was because I could punch hard which was great, but it also had its downside.

Because my body wasn’t developed and I was punching so hard, the thing that was taking the most punishment were my hands. They were always swelling up and, to be honest, back then I didn’t mind. In fact, I kind of liked it. Going to school with swollen hands brought me attention and it was the kind of attention I liked as a 13-year-old kid.

Fast forward seven years. I was in Melbourne fighting in the 2006 Commonwealth Games and I had to have anaesthetic injected into my knuckles before my fights. The pain was bad building up to that tournament, but after a quick stab of the needle in the knuckle, I felt like I could put my hand through a wall and this showed in my first two performances as I won both by TKO.

After the tournament in 2006, I needed surgery on my hand to fix a tear in my knuckle. The surgery was successful and after nearly 10 months out of the ring working on rehab, I finally got back in and was back to my winning ways. However, other knuckles on my hands would still swell after training.

I used to use big gel pads, lots of hand wraps with tape and big 16oz gloves for every session just to prevent them from getting worse.

In fights, I would wear 10oz gloves and as an amateur, you can use very little hand wrap, so I’d come out of the ring and my hands would look like the hands of a giant from Game of Thrones.

When I turned pro I would often get anaesthetic injected in before fights. It got to the point where I was icing my hands twice a day after every session, I couldn’t zip my trousers or turn a key and this went on until I was 27 before it forced me to retire from boxing in 2012.

I got an MRI and I had a big hole in one knuckle and a big tear in the other tendon. I got surgery from the best in the business, Mike Hayton, the same guy who did my successful surgery back in 2006, hoping they would recover but they didn’t.

Even now, aged 34, I can’t make fists and my knuckles are huge, but I don’t really mind. I’m not happy about it like when I was 13 years old, but I do like to show people and tell them the story.