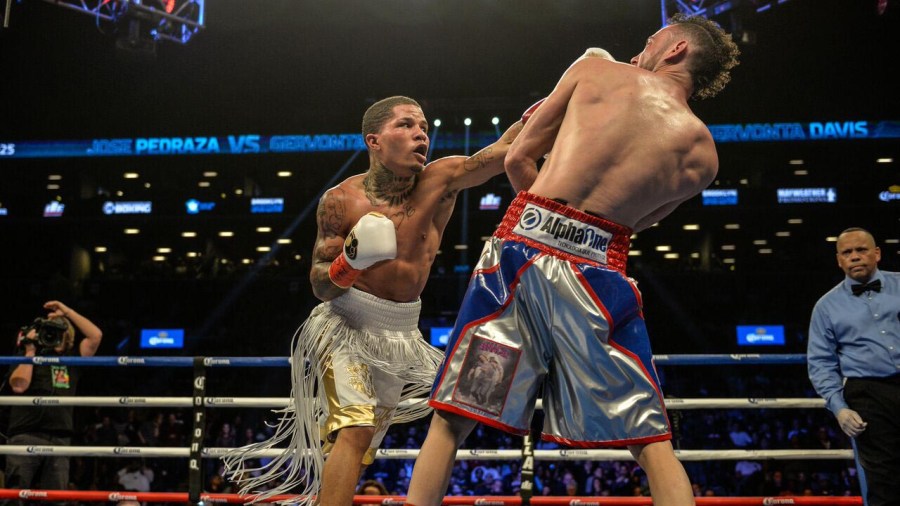 Gervonta Davis is a special talent and he has something to prove, writes John Dennen

THERE is something special about Gervonta Davis. He won the IBF super-featherweight title in electric style against Jose Pedraza and will defend it against Liam Walsh at the Copperbox in London on May 20.

“I think Liam Walsh is a great fighter. Me coming to the UK is exciting for me and my team. I’m ready to put on a great show,” Davis said. “I believe I’m home now. I’ve had a lot of UK feedback off my last fight. I’m ready to give my fans in the UK a great show.”

Gervonta is supported by mentor and promoter Floyd Mayweather. “It’s great to know that Floyd Mayweather believes in me, my team believe in me. I’m ready to show them there’s great things coming from me and I’m willing to sacrifice for them and me to get to that next level,” he said.

Davis has also come through extraordinary hardship to become a boxing star. “Coming up my mother and father were on drugs and things like that. My mum left me and my brother by ourselves. The foster care came and got us,” he reflected. “I’ve always been a fighter. Even though I’m younger than my brother I used to always [stand up] for him. I was fighting on the block and school. My uncle’s seen me right in front of my house one day. He wanted to turn something negative into something positive so he took me to the gym and I’ve there ever since.

“I was in and out of group homes and in foster care. I actually have two other brothers but one was take from us. We were taken from each other.”

“Growing up in Baltimore, there were a lot of distractions. I was younger [but] I was so into boxing it was like candy to me. But the guys that I looked up to, they’re either dead or in jail. One of the guys that started me out was my coach’s son. He died. He got killed in New Jersey. There were a lot of other older guys that got killed or ended up in jail. Growing up, seeing those guys go through what they were going through,” he continued.

He actually could have appeared in The Wire but he was in too much trouble even for that. “I was supposed to be in The Wire but I got in trouble. I’d been getting in trouble at school, running the streets and things,” he said.

But Davis is demonstrating to the world what he’s really made of. “When I’m in the ring, I’m happy. I’m showing I’m here for a reason. I like to see my team smile,” he said. “Just to show them that no matter where you come from, no matter what your background, you can achieve whatever you put your mind to.