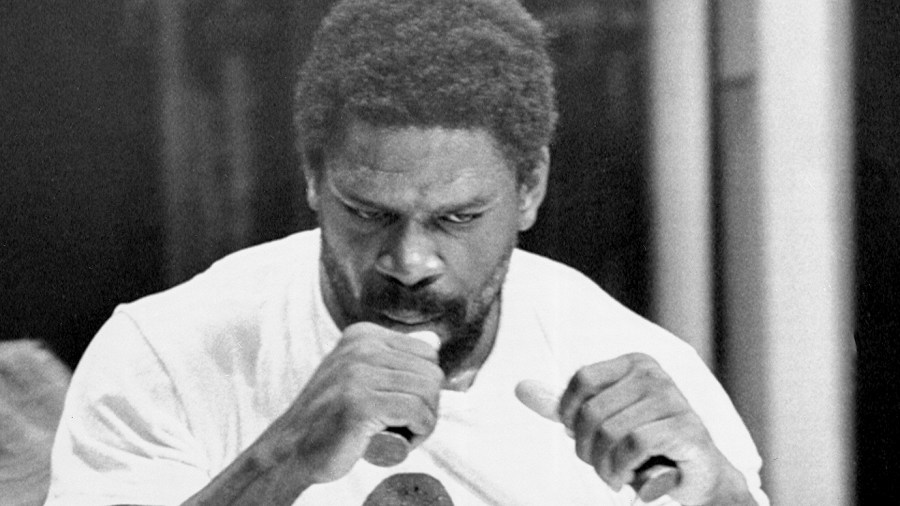 Anyone who shared a ring with Ron Lyle remembered it… and not always fondly, writes Steve Bunce

RON LYLE died 10 years ago and left behind his fair share of memories and myths. Lyle was a guest once on a show I did on BBC London, a weekly boxing hour on the radio. I think Lyle shared the 60 minutes with Brendan Ingle, Audley Harrison, Jim McDonnell and George Groves. It was quite a show.

Lyle also shared the ring with legends, giants. There is a Ron Lyle book out there somewhere, written by Candace Toft. She is also dead now, but she left behind a beauty of a book. It’s called Off The Ropes: The Ron Lyle Story. It is written with a lot of love. Talking to Lyle, just like talking to George Foreman or Joe Frazier or Joe Bugner, was overwhelming, intimidating and a privilege. Where do you start? What comes first? How do you end it?

In a 10-month period, starting in 1975, Lyle met Jimmy Young, Muhammad Ali, Earnie Shavers and George Foreman. Yes, it was that fight with Foreman. As Lyle said: “No fighters have ever wanted to win like me and George.” Now, I know when Lyle said that to me it was not the first time; I know he had said it before, but it makes no difference, that’s an epic line to go with the epic brawl.

Lyle’s fight with Bugner one Sunday afternoon in Las Vegas, which was live that night on ITV, was part of an unlikely sequence and typical of scraps in the Seventies. The winner would get Foreman and the winner of that would get Ali. That was the plan; there was always a plan with the heavyweights in the Seventies.

However, that collapsed at midnight three nights earlier when Foreman was left delirious by Young in their forgotten fight in Puerto Rico. Lyle had lost to both Young and Foreman in the previous few months; their activity shames the modern era. Lyle had been winning the Foreman fight before it finished in the fifth. However, if ever there was a clash where the judges would be redundant, it was Lyle against Foreman.

In the Bugner fight, which is not considered a great fight, the pair fought to a painful and mauling standstill; it went 12, Lyle got the split. It was hard to watch, but even harder to survive. Joe was always quick to remind his detractors about just how much he suffered in fights that were dismissed as boring. I’m with Joe, by the way. “It took me six months to recover from that Lyle fight,” Bugner said. “I ended up in hospital in an ice-tank to ease the internal bleeding.”

Bugner insisted it was his hardest fight, the most savage of beatings disguised as a maul.

Lyle told me this: “Joe could really fight and if you weren’t on your game, guess what, you got an ass-whuppin’. We had a hard fight that day in Vegas.”

Most people think it was boring and repetitive – memories and myths, often very different.

Lyle did fight Ali for the world title in Las Vegas and was winning after 10 rounds on two scorecards. It’s the fight with the beautiful Kodak colour prints; Ali in his white shorts with a black stripe, Lyle in red with a blue side stripe and white stars in the stripe. Lyle has those tube socks, with red hoops. It’s vintage, the fight was brilliant – again, it is often dismissed as dull. Ali salvaged the win in round 11, stopping an exhausted Lyle. It’s all Apollo Creed, but a year before Rocky came out. They are each wearing those tiny red Everlast gloves. Timeless images.

Less than four months later, Lyle stops Shavers in Denver. They are both on the canvas before the end in round six. It is four months after that, at Caesars Palace in Las Vegas, that Lyle and Foreman create their magic.

Lyle was in front in that fight on the scorecards before it finished in the fifth. It is a fight where you can hear the power and the pain and the suffering. It’s a draining experience watching it back.

“Those were busy days, hard nights in the ring,” Lyle remembered with a deep chuckle when reminded of the sequence.

Lyle started to box when serving a prison sentence for manslaughter. He avoided death in the gas chamber at the sentencing. He was only 20 when he shot and killed a man in a gang battle. In prison he was stabbed and lost 35 pints of blood. He was twice declared clinically dead and his death certificate was signed. He survived, he thrived and beat every boxing beast the penal system could find for him. He continued boxing when he was released in November of 1969. He was fighting against the clock; he was 28 then. He soon became a good amateur – a hard man against boys – and represented the USA in Yugoslavia and Italy. He knocked out the Europeans. Back in America, he knocked out Duane Bobick, who was cold for several minutes, and then knocked out the Russian in the Soviet vs USA televised match from Las Vegas. The USA lost 6-5 and the fixture was always big news. This is not invented, this happened. He was 29 at the time and he was chasing the clock. He thought about the Olympics the following year; Bobick would go as a favourite, but get busted by Teofilo Stevenson. Ron Lyle turned pro in 1971, fighting 11 times in eight months. He was 30 when he made his debut and he had his last fight in 1995 when he was 54. He was chasing Foreman for a rematch at the end.

So many memories and myths.

Is there another sport on the planet where the men and women create and leave behind more memories and myths than the boxers we follow? Not a chance. Rest easy, big Ron Lyle.